2014 Masters likely to be pivotal for Tiger, says Miller 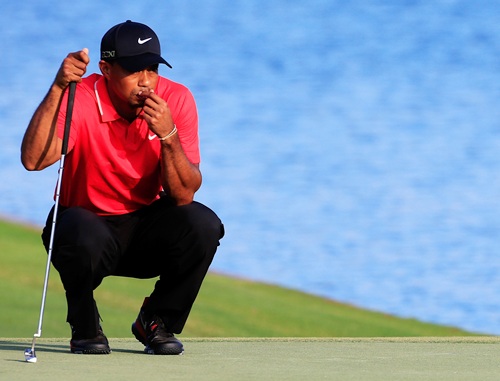 This year's Masters could make the difference between Tiger Woods winning several more major titles or perhaps ending his career stuck on his current tally of 14, according to Hall of Fame golfer Johnny Miller.

Woods, comfortably the greatest player of his generation and possibly of all time, is ideally suited to Augusta National where he has piled up four Masters victories on heavily contoured and slick greens that demand a brilliant short game.

However, his barren title run in the majors is now fast approaching six years and the aura of dominance he once enjoyed in golf's blue riband events is a fading memory, with the young guns of today holding no fear for the world number one.

"What he does at Augusta is really important," twice major winner Miller, 66, said on a Golf Channel conference call ahead of this week's Hyundai Tournament of Champions in Hawaii, the first PGA Tour event of the year.

"If he were to win at Augusta, I'd almost bet you he'd win another major this year. He'd win two majors. But if he doesn't win at Augusta, I think the odds of him winning another one are not that great.

"I wouldn't bet against him, but he's just a different player than he was when he was younger, even though he won five times (on the PGA Tour) last year."

Woods has not clinched a major title since his remarkable playoff victory in the 2008 US Open at Torrey Pines, often losing momentum over the weekend after playing his way into contention. His most recent Masters win came in 2005.

"In the majors, he seems to be a little bit prone to getting nervous," said Miller, who became the first player to shoot below 64 in a major championship when he closed with a 63 to win the 1973 US Open at Oakmont.

"You never would say that (before) about Tiger ... he wanted it so badly, he had that desire and dream when he was young, and he looked like he was a shoo-in because he would get 18, 19, 20 majors.

"And now after five years, he's like, 'Dang, those are hard to get.' It's almost a second career he's going after now. He had this unbelievable first career when it comes to the majors."

Woods has posted nine top-10s in the majors since the 2008 US Open, including a runner-up spot at the 2009 PGA Championship where he was overhauled by South Korea's Yang Yong-eun in the final round.

In Miller's opinion, Woods has suffered in part because of his own poor record over the weekend at the majors and also because of the greater confidence now shown by his challengers down the stretch.

"The stuff he's doing on the weekend, I'm sure he's very concerned," said Miller. "Last year, he was so great on Thursday and Friday with a 68.97 (average) in the first two rounds, and then on the weekend he's 70.80.

"He's got a double whammy in that he's not able to close as well as he used to, and then the guys (his rivals) are more heroic against him like they never were before.

"It's really much, much harder for him because guys are just saying, 'Yeah, you're Tiger Woods and you're the greatest ever, but now at your age, I can beat you.' He needs to do it in the majors."

© Copyright 2020 Reuters Limited. All rights reserved. Republication or redistribution of Reuters content, including by framing or similar means, is expressly prohibited without the prior written consent of Reuters. Reuters shall not be liable for any errors or delays in the content, or for any actions taken in reliance thereon.
Related News: Johnny Miller, PGA, Augusta National, Tiger Woods, Hall of Fame
SHARE THIS STORYCOMMENT
Print this article 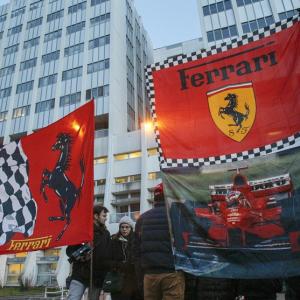 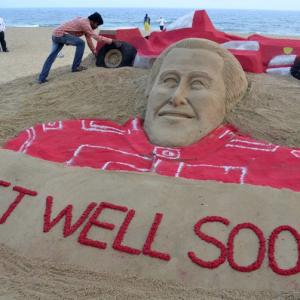