News
Business
Movies
Sports
Cricket
Get Ahead
Money Tips
Shopping
Sign in  |  Create a Rediffmail account
Rediff.com  » News » Why we must salute HRLN

Why we must salute HRLN

Consider these stories: In January 2017, a sonography revealed that a 22-year-old Mumbaikar's foetus had no chances of survival. The 21-week-old foetus could not develop kidneys and the womb was devoid of amniotic fluid.

However, in India, medical termination of pregnancy is only allowed within its first 20 weeks. Consequently, her request for abortion was denied.

Angura Bibi survived a brutal acid attack in 2016. But she was unable to claim financial assistance for her rehabilitation and medical needs from the West Bengal government.

Kajal was six and her brother Badal four years old when their mother, a domestic worker, was set afire by her employer because she asked for the year's wages due to her.

Their father, an alcoholic, could neither register a case of murder nor claim compensation or rehabilitation for his children from the Punjab government.

For people like Angura Bibi or Kajal, legal help would have been a distant dream but for the intervention of the Human Rights Law Network, or HRLN, a group of committed lawyers, paralegals and social activists that is making justice accessible to people who can't defend themselves -- impoverished minorities, women, children, labourers and more.

"HRLN grew out of my experiences with the trade union movement under Datta Samant in Mumbai," says Colin Gonsalves, the Indian Institute of Technology alumnus who founded the network in 1989.

"He taught me to see the world through the eyes of the working class."

Today, the network has 29 branches with over 250 lawyers, paralegals and staff -- arguably the largest legal aid network in Asia.

Funded mainly through grants from various agencies, HRLN's lawyers have taken on central and state governments as well as industrial giants such as Enron.

Unsurprisingly, much of their work involves outreach.

"This is important in a country where over half the population is unaware of their legal rights -- and if they are, they can't afford the bus fare to reach a lawyer’s office," he says.

On their Right to Food Campaign, Gonsalves estimates that his team and he did extensive fact-finding in over 100 cases across the country.

The landmark case went on for over 17 years in the Supreme Court, but became instrumental in the addition of Right to Food in the Constitution.

Gonsalves now aims to set up a Centre for Constitutional Rights in India.

"We want to train lawyers, paralegals and activists from the developing world," he says.

The idea is also to demonstrate how the HRLN model can be applied internationally to ensure that human rights of the poor and oppressed are upheld.

Gonsalves estimates that the project would require about Rs 6 crore (rs 60 million) across three years and is currently on the lookout for donor agencies.

Last year, when Gonsalves was awarded the Right Livelihood Award, also known as the Alternative Nobel Prize given to people whose work the award foundation believes is being ignored by the Nobel Committee, his citation moved many.

Gonsalves was recognised 'for his tireless and innovative use of public interest litigation over three decades to secure fundamental human rights for India's most marginalised and vulnerable citizens.'

As for the three cases mentioned in the beginning, the Mumbaikar was allowed to abort her foetus -- a landmark judgment by the Supreme Court in the campaign for women's reproductive rights in India.

Angura Bibi was awarded compensation, as have 150 other acid-attack survivors whose cases HRLN has taken up.

Kajal and Badal have been awarded Rs 2 lakh (Rs 200,000) each as interim compensation and are being looked after by the State.

Each of these cases has not only benefitted the individual plaintiffs, but has also paved the way for more progressive and compassionate future judgments.

Gonsalves's respect for the Indian legal system has remained unshaken against all odds.

After all, he and his army of lawyers and paralegals have shown to India and the world the power of public interest litigation. 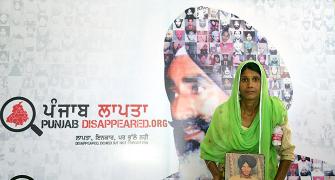 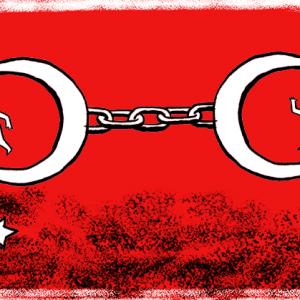