Why Kochi loves its biennale!

An alien monster to begin with, the Kochi art biennale has slowly wormed its way into citizens’s hearts, says Anjuli Bhargava. 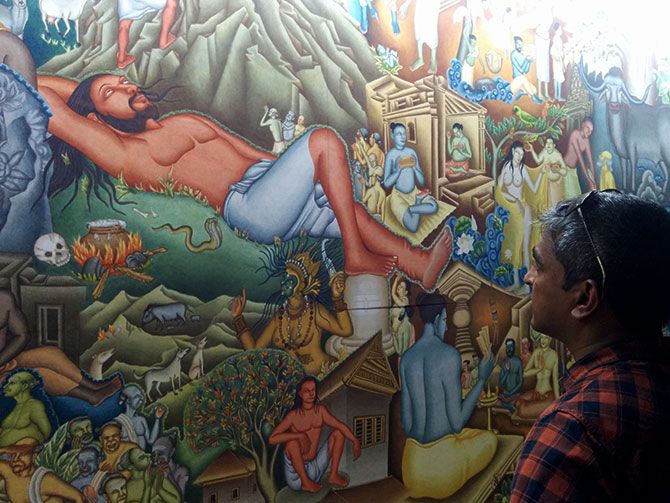 Rinshad Hussein works at the Tea Bungalow in FortKochi as a bellboy and waiter.

The 24-year-old has recently been selected for a bodybuilding competition in the state.

When he learns that I am there for a holiday -- and have timed it with the art biennale --Hussein is delighted.

He presents me with a pamphlet and map of the various locations that house the art this year and tells me his own sketches were part of the last biennale in 2014. He happened to help one of the foreign artists who was staying at the hotel he was working with then and the artist acknowledged his contribution by including his work in the show.

He has a view on each biennale -- although his favourite is the second one -- where his work was included.

Hussein is one of Kochi’s lakhs of residents who have adopted the biennale with a ferocity that would surprise any outsider.

A few autorickshaw drivers I encounter have been there thrice already (Monday afternoon entry is free and is the most crowded time).

They are happy to discuss their favourites, what they didn’t like and which of the three biennales has been the best while they take you around from venue to venue.

Shopkeepers, waiters, the fish sellers outside Kochi club, reception managers, masseurs, students -- no matter who you speak to -- have visited the show; most have been there for all three.

For an event that started amidst great controversy and opposition (there’s even a book, Against All Odds, on the initial travails and allegations faced by the founders), the Kochi art biennale seems to have taken a special place in the hearts of its residents.

I ask the owner of a large hotel how the public (who strike me as extraordinarily pragmatic -- they even have a crossing named X-Ray Junction after an X-ray hospital nearby) makes sense of something as esoteric as this and he says they don’t necessarily. He recalls an incident in reply. IMAGE: A volunteer guides a visitor wearing virtual reality glasses through the Symphony Of a Missing Room by Lundahl and Seitl at the Kochi Biennale 2016-2017. Photograph: Rajesh Karkera/Rediff.com.

At the first biennale, a reporter asked a family -- the father worked in a bank, the mother was a schoolteacher and the child in school -- what they thought of the event. “Complete madness”, the father had replied, “but this is our third visit”.

They couldn’t make much sense of it; yet something was pulling them to it. And that, in a nutshell, sums up how Kochi and its citizenry have taken to this event.

The curator of this year’s biennale argues that an event like this can’t work everywhere in the country.

Kerala’s high literacy and its history and “tendency to look out”, imbibe and assimilate other cultures -- even in its literature -- makes such engagement possible. A kind of engagement he is yet to see anywhere in the world.

One of the trustees tells me that after the first biennale itself, a bucket brigade that went out to seek people’s contribution to bridge the deficit in funds was quite successful; even if the amount raised was not large, almost everyone contributed, signalling acceptance.

Although it is non-commercial (nothing is for sale; art for art’s sake), the biennale has also enormously helped the commerce of the capital.

Although December is always a busy month (due to the carnival), in biennale years you will be hard-pressed to find a room available in the FortKochi area.

But as the reception manager at my hotel points out, it is the establishments who couldn’t get bookings earlier who have benefitted the most as now they find themselves booked well in advance. The popular hotels and resorts sell for higher rates.

Despite the rising mercury levels, the biennale extends the ‘peak’ season to the end of March.

Restaurants, cafes, roadside outlets that cook fish that you buy fresh near the waterfront, the auto drivers -- almost everyone reports brisk business for the just over three-month period.

Italian food joints, shawarma and falafel roll vendors, all quite alien to the locals, have sprung up to cater to the influx of foreign palates.

One of the only bars in the area -- Seagull -- is jam-packed with tourists who are still grappling to make sense of a recent rap on the knuckles of Kerala’s alcohol industry.

For the art world, too, Kochi has been a find.

An artist I meet who is exhibiting at the biennale says that when the event happened for the first time in 2012, his first question was: “Kochi? Where’s that?”

Now, they all know.

MUST-READ: Why the Kochi Biennale is a must visit 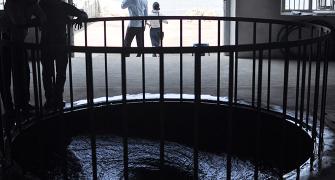 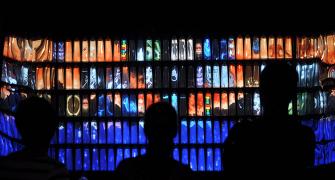 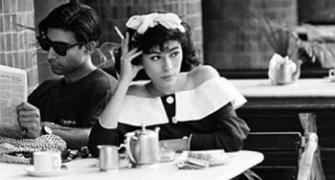 The model who has become fairy godmother to Indian artists 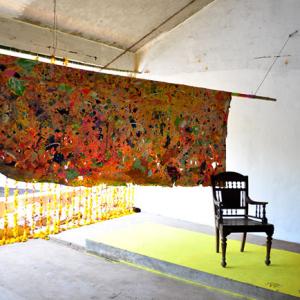 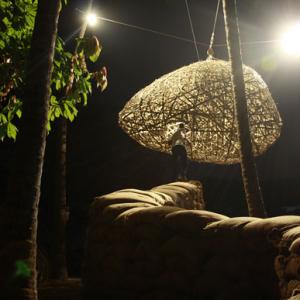