Kamal Nath will need to watch his back because given the slender majority, there is no doubt that the BJP will try to topple his government.
Aditi Phadnis reports.

He probably feels more at ease in London and New York. But Kamal Nath will now find himself sequestered in Bhopal and Indore.

He has become chief minister of Madhya Pradesh, a state-level job that he has never held before. It will be interesting to see how he addresses the challenge.

In a sense, Nath is a complete aberration. He has no family in politics, but is the longest serving MP in the Lok Sabha and has been elected from his constituency, Chhindwara, nine times.

He is a businessman in a party the top leaders of which still consider themselves socialist. At least three Congress Cabinet ministers had objected to the opening up of FDI in retail. These included A K Antony, Vayalar Ravi and Kamal Nath.

The first two represented the Left-leaning state of Kerala. Nath was the third. Nath's objection was not to the opening up of retail but that the government was not 'doing enough to open up the sector'.

His view in the Cabinet was that the government should not impose too many conditions and instead allow the states to frame their own guidelines.

Eventually that is what the government decided and the Narendra Damodardas Modi-led Bharatiya Janata Party dispensation has continued with Nath's position.

Nath has an extensive corporate and industrial empire but no scams or enquiries have been reported. He has crossed swords with most top Congress leaders -- with P Chidambaram on the issue of SEZs; with Montek Singh Ahluwalia and his (erstwhile) Planning Commission colleagues on the issue of 'no exit' roads and highways building contracts; and with the bureaucracy generally, including the PMO, on his handling of WTO negotiations when he was trade minister.

Despite chatter, he stood staunchly by his bureaucracy and refused to give in to pressure and sanction investigation when the CBI knocked at the doors of some bureaucrats in the roads and highways ministry during his tenure.

He is one minister who won praise from his ministers of state because he actually delegated work to them. His network spreads far and wide.

And no one raises allegation of his involvement in the 1984 anti-Sikh riots any more.

Nath's new appointment is interesting for another reason. He was not born in Madhya Pradesh, he did not grow up there, he has just represented the state in the legislature.

When he was made president of the Congress in the state, it was probably because he was not considered a threat by the two other top leaders of the state, Jyotiraditya Scindia and Digvijaya Singh, who see each other as challengers.

Nath must be given much of the credit for devising strategies that led to the Congress victory: He committed personal funds, brought a fractured and fractious party together and listened to the advice of Digvijaya Singh who has been his friend for several decades.

He oversaw the campaign and counting with a hawk's eye: Booth level Congress workers were told that the BJP would go to any extent to steal a victory so if they noticed anything even slightly amiss during the counting process, they needed to halt the counting and lodge a complaint.

The campaign by the BJP lost its sting somewhat because all Shivraj Singh Chouhan could talk about was the pitiful state of Madhya Pradesh when Digvijay Singh was chief minister: But a whole new generation of voters who took part in the election have only seen BJP rule so have no comprehension of the 'damage' the Congress is alleged to be capable of.

But now, Nath will be under pressure to perform. It is one thing to win repeatedly from Chhindwara, quite another to devise strategies for all of Madhya Pradesh. He has to fix agriculture, ensure there is investment in industry, but most of all, at all times, watch his back -- because given the slender majority, there is no doubt that the BJP will try to topple his government.

There are other challenges. Human development indices in Madhya Pradesh are among the lowest. The state has reported the highest rank in crimes against women. And while otherwise law abiding, farmer uprisings have begun.

But with his experience in infrastructure development and business, he may be the best man for the state. 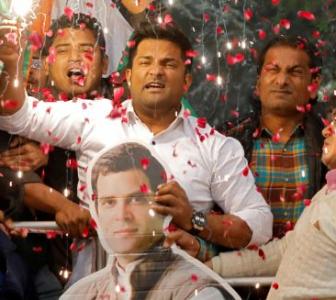 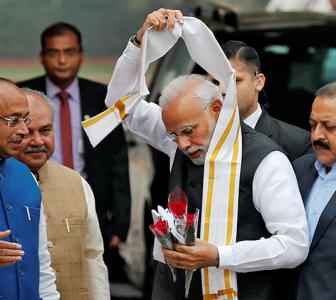