Restoring power can come with its own challenges, as two power department staffers recently discovered in Manor, Palghar.

They were hanging by safety belts on power cables above the raging Surya river and found themselves trapped.

The National Defence Response Force had to be called in to the rescue.

She's ranked No 1 in the world of archery

Her father continues to drive an autorickshaw.

"No work is big or small," says Deepika Kumari's father Shivnarayan Mahato, who uses the money he earns as an autorickshaw driver to run his household.

The autorickshaw, he says, has played a huge role in his daughter's journey to the Olympics.

"I will continue with this occupation. My children also encourage me," he says proudly.

Deepika's quest for an Olympic medal this time ended in the quarterfinals on June 30.

He may come in different forms and have different names in different religions, but the Almighty belongs to all those who have the faith.

Gabriel Nazareth, a 77-year-old Christian businessman, spent his working years in Mumbai and attributes his success to Lord Siddhivinayak, whose popular temple is located in the centre of the city.

Which is why he has built a temple dedicated to Lord Siddhivinayak in his hometown, Udupi.

The temple, set on 20 cents of land gifted by Nazareth, is home to a beautiful 36 inch tall Ganesha idol. He has constructed the temple in the memory of his late parents, Fabian Sabastian and Sabeena Nazareth.

The construction of this temple -- which cost Rs 2 crores -- was managed by a three member committee that included engineer Nagesh Hegde and Gabriel's friends, Sathish Shetty and Ratnakar Kukyan.

Antarjyami Sahoo, a retired school teacher from Nayagarh, has planted more than 30,000 trees since the early 1960s.

"I have been planting trees since 1961. Even today, I work towards saving the environment. It makes me happy. The government must plant more trees to give food and shelter to wildlife," says Sahoo.

This time, though, he couldn't resist retweeting a video originally shared by Gujarat's department of information.

It showed a herd of 3,000 blackbucks crossing the road quickly, creating a rhythmic, beautiful pattern.

The spectacular sight was captured at Bhavnagar's Blackbuck National Park.

Students can be monkeys sometimes, but a monkey as a principal? Now, that would be a sight for sore eyes.

What really happened was that a naughty monkey decided to temporarily take over the principal's chair at a government school in Gwalior.

Monkeys were also spotted roaming in the school and playing in the classes. 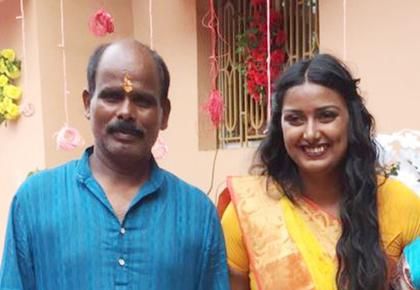