‘Many tourists are keen to break the law and see the tribals. But what difference would it make? They are humans like us. We do not like intruders, neither do they. Very little of their homes is left, so we might as well let them be,’ says Chintan Purohit. 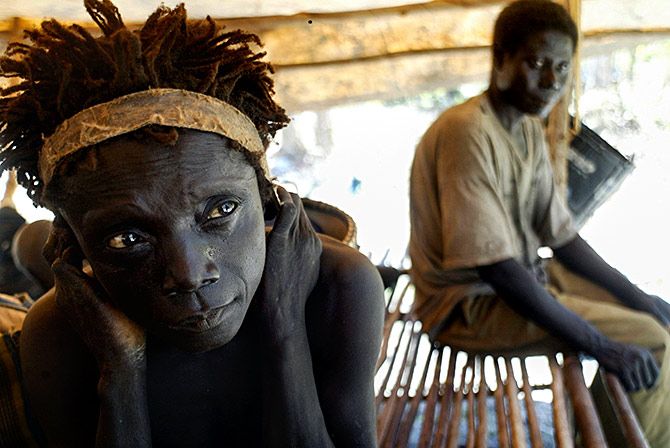 Now that a lot of people are curious to know about the Andamans because of an ignorant foreigner who got killed while trying to proselytise the Sentinelese, I would like to say a little about the Andamans and the tribes living there, a subject close to my heart.

While most Indians know about the archipelago because of Veer Savarkar and the Cellular Jail, the Andaman Islands are home to India's only active volcano, Barren Island, and the lowermost point of India, Indira Point, in the Nicobar group of islands.

The islands are closer to Myanmar, Thailand, Malaysia and Indonesia than to India. There are stories of traders during the Chola dynasty landing on these islands. Marco Polo is said to have visited the islands. Traders were afraid to land as the natives were thought to be cannibals.

The first colonisation of the islands was done by Archibald Blair at Ross Island near Port Blair (named after him). The Japanese took over the archipelago for nearly three years during WWII but then the British took over again before India got Independence. The islands were not considered to be a part of India and Australia was a serious bidder for obtaining the territory. But, for some reason, it was decided to join the island with India.

The first Indian settlers were prisoners of the Cellular Jail. Many having lost too many years locked up in the jail, decided not to return to mainland India. The prisoners were from all parts of India and from different religions and social strata. There were many inter-caste, inter-religious and inter-regional marriages that took place during that time and hence the islands became very cosmopolitan. Later, the government settled people from Tamil Nadu, West Bengal, Kerala and present-day Jharkhand to make a sizeable population.

Today, the population of the archipelago mainly comprises Bengalis, Tamils and Ranchis. Out of more than 500 islands in the Andaman group of islands, only 28 are inhabited, with even fewer in the Nicobar group.

The Andaman tribes are Negrito in appearance and avoid clothing, hence the islands are also called 'the Land of the Naked People'. They are mostly hunter-gatherers, feeding on wild boar, fish, birds and natural products such as honey and tubers.

The Great Andamanese, before colonisation, formed the largest tribe on the islands. They were the first to be colonised and suffered most severely for that. Today, their population is in two figures and it is the most assimilated tribe in the Andamans. They were settled on Strait Island.

Onge, considered to be the most ferocious by the British, are today a diminished population living on the Little Andaman Island.

Jarawas live in the Middle Andamans, on the main island, and are the most visible due to the Andaman Trunk Road going through the heart of the forest that is their home.

The Sentinelese live on the North Sentinel Island. They are considered to be the most isolated people in the world. It is said that when the government sent helicopters to see if they are okay after the 2004 tsunami, they shot arrows at the helicopters.

But they have a nicer side, too. There are stories of them providing food to people who have suffered boat wrecks. But they do not interact and the visitors have to leave their island once someone comes to their rescue.

The most interesting thing about these tribes is, in case of the Great Andamanese and Jarawas, there have been records of individuals who had been forcefully taken into civilisation, some even sent to England, to live a civilised life for a few years but, when given a choice, they chose to return to their so-called uncivilised or, how the current civilised Indian population in the Andamans calls it, jungli life. Never to be seen again by the people who knew them in the civilised world.

The Great Andamanese and Onge are greatly assimilated to the modern way of life, but live a sorry existence, being considered the lowest in the hierarchy of the local population. Jarawas have succeeded in maintaining their way of life to a great extent but their existence comes under threat every now and then as the local population grows in size and the needs for forest land and economic opportunities rise. It is a constant struggle with no immediate solution in sight.

Very little is known about the Sentinelese but, if they do come in contact with outsiders, there are high chances of their existence coming in danger as they have lived such an isolated life for probably more than 60,000 years and hence have developed no resistance against the germs we carry.

The tribes of Nicobar islands (Shompens and Nicobarese) are Mongoloid in appearance and live mostly on Great Nicobar island. They are mostly proselytised to Christianity and are greatly assimilated to the modern world. Many come to the main island for government jobs.

There is another population (tribe would be a wrong word here) that lives in Middle Andamans -- Karens. They are basically from Myanmar, and were brought to India by the British as labour. They are well-known for their boat-making and sea-faring skills. Karens are properly assimilated with the local population and are the backbone of the diving industry as many are employed as boat masters.

The archipelago is important in more ways than one. It houses three great ecosystems -- tropical rainforest, littoral and coral. It is a testament to human history and, now, a place of tactical importance to India.

One of the biggest threats to the tribes, biota and the population is plastic. I have personally seen islands where no one lives, covered in plastic and not just plastic used by the people living there but, plastic from Thailand and Malaysia which reaches there along with sea currents.

The least one could do as a tourist is further reduce the use of plastic -- for eg, carry reusable cutlery everywhere, try drinking beverages without straw wherever possible, etc. Many tourists are keen to break the law and see the tribals. But what difference would it make? They are humans like us. We do not like intruders, neither do they. Very little of their homes is left, so we might as well let them be. Contact is illegal anyway. The government has got that completely right.

Also, the sand is vital to the existence of the ecosystem as it is. So do not collect shells as the empty shells form the sand on the beaches. It is just going to lie in your house without any use anyway. Imagine every person taking  away 10 shells. Lakhs of tourists visit the islands. It might seem like only 10, but it becomes a very large number when calculated with every person visiting. It is simply not sustainable.

Another issue is sunscreen lotion. Most are harmful to the corals. And honestly, Indian skin is blessed. Sunscreen does not make a significant difference when visiting for a week. What is a few days of tan compared to the damage caused by sunscreen to an entire ecosystem?! The archipelago is beautiful in so many ways and it really depends on how we take care of it.

I can go on and on about it but I have made my main point. If someone wants to know more about the place, history, biota, ecosystem etc, you are welcome. For more on the tribes of the archipelago, The Land of Naked People by Madhusree Mukerjee is an excellent start.

Chintan Purohit is a marine biologist who worked on the Andamans for two years as a marine educator. She blogs at https://theoceansong.wordpress.com/ 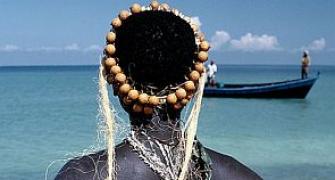 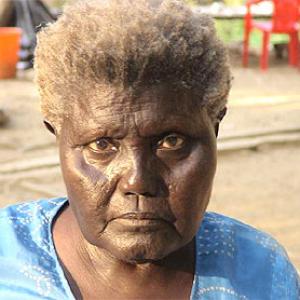 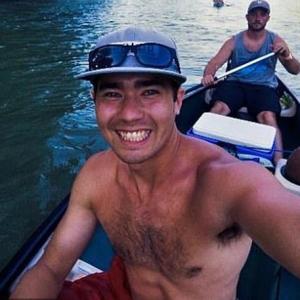 'Jesus loves you': Last days of US tourist killed by Andaman tribe revealed