News
Business
Movies
Sports
Cricket
Get Ahead
Money Tips
Shopping
Sign in  |  Create a Rediffmail account
Rediff.com  » News » The man and the editor

The man and the editor 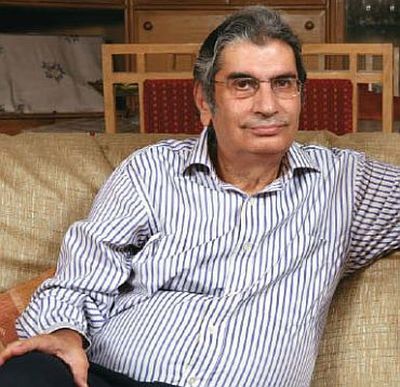 Friends of Vinod Mehta came together to remember the man and his legacy.

On Thursday evening, Mumbai was witness to a gathering of friends, family and fans of the late Vinod Mehta, founder and editor-in-chief of Outlook, when his latest book, Editor Unplugged, was posthumously released in the city in the presence of his wife, Sumita.

Speaking on the occasion were people who'd known Mehta over many years; there was Farzana Contractor, editor of Upper Crust, whose husband, the late editor and columnist, Behram (Busybee) Contractor, had been a close friend. There was Sushil Kumar Somani, Mehta's first publisher from his Debonair stint. There was Ashwin Shah, the man who had published The Sunday Observer, the first newspaper Mehta had founded. And there was India's most famous TV anchor, Arnab Goswami, who said that Mehta had more or less "adopted him" and been something of an uncle statesman through the years.

These were people who not only had known, loved and celebrated Mehta, the man and the editor, but who also shared his worldview, his principles and beliefs.

And through each of the evening's chosen speakers, we were afforded different perspective on an exemplary man and editor. It was obvious that they had come to celebrate Mehta for who he had been and what he'd stood for - not to mourn his death.

Shah, for instance, spoke about Mehta's legendary courage. "We ran in to our first hiccup with The Sunday Observer's dummy itself," said Shah, reminiscing how an article critical of the acoustics at the NCPA, the Tata's cultural sprawl in Mumbai, had angered the corporate group.

"We had many meetings with them but Vinod stuck to his guns," said Shah, recollecting quite unselfconsciously an era when publishers supported editorial freedom even in the face of corporate muscle.

Arnab Goswami recollected how when he came to Mumbai and launched news channel Times Now, which elicited howls of derision and criticism from his former colleagues in Delhi, Mehta had more or less taken him under his wing. "I think it was because I was the underdog," he said.

"He commanded so much respect when he appeared on my show. If Mehta said 'shut up' to the other panelists, every one did, no matter who they were," said Goswami.

"I remember when he called me one day, chuckling with delight when Outlook had featured Kapil Sibal on its cover with a Hitler moustache!" reminisced Goswami. "Sibal has called me to rant about this affront," Mehta told Goswami. "But I told him, that's not Hitler, Kapil. That's Groucho Marx!' recounted Goswami adding that "he was a generous, kind and nice man" .

Gerson DaCunha read passages from Mehta's book, one in which Mehta had quoted Thomas Moore's famous words, "I die the King's good servant but God's first," as applicable to his own life.

But it was DaCunha's reading of Nissim Ezekiel's Poster Poems & Hymns in Darkness from Mehta's book that so well summed up the man.

"Confiscate my passport, Lord,
I do not want to go abroad
Let me find my song
Where I belong."

Malavika Sangghvi is a Mumbai-based writer 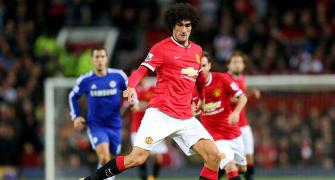 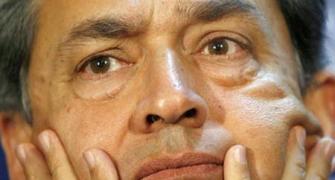 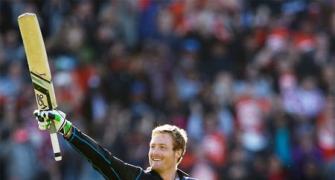 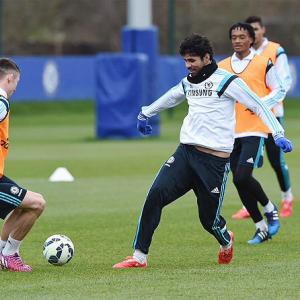 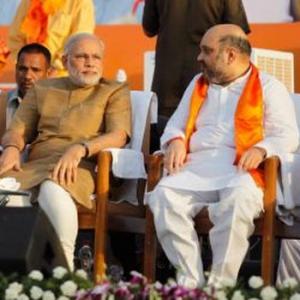 BJP wary of 2015 becoming its year of defeats