News
Business
Movies
Sports
Cricket
Get Ahead
Money Tips
Shopping
Sign in  |  Create a Rediffmail account
Rediff.com  » News » India was his Gurukul and its people, his shishyas

'He was one of us. He was a perfect Indian. He breathed India, he wore India's core values. His faith was India. We will miss you sir,' says Tarun Vijay, MP. 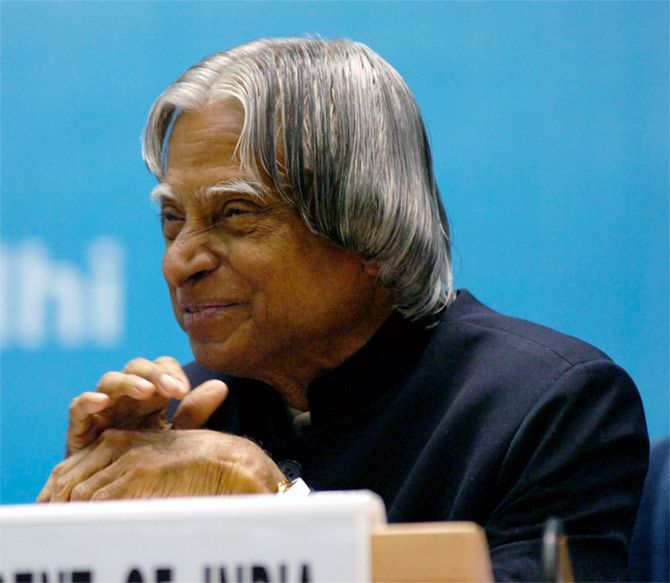 A P J Abdul Kalam's last book was on a great Hindu seer and visionary of the Swaminarayan sect, Shri Pramukh Swami, Transcendence. He was an ardent follower and admirer of Swaminarayan and often visited Pramukh Swami for his guidance and blessings.

His life was woven around everything that was spiritual Bharat. His deep studies on the Upanishads, devotion to Ramakrishna and Vivekananda, regularly reading the Bhagwad Gita, his love for the Rudra Veena and passion to make India an invincible military power, his dedicated campaigns to ignite Indian minds with a dream to rebuild a self reliant progressive nation -- all that turned him into a national rejuvenator.

India was his Gurukul and its people were his shishyas whom he loved and would often, pausing his speech, ask his audience: "Did you get it? Am i right?," delighting everyone.

He was an iconoclast in a sense that he would never fit in the pre-set framework of a Head of State.

Often from the dias he would jump to the floor and mingle with the audience, asking questions in a lighter vein, cheering them up, making them giggle and feel one with the Rashtrapatiji. People could touch him.

He loved to break protocol, inject life in dead stones and set new rules. He was loved by children and youth alike.

His speeches were never boring and he perfected the art of deviating from his written address and leave his presidential chair, to sit closer to the audience on the cliff of the dais and asking those backrow listeners to come closer. "Why don't you come nearer to me so that I can listen to you and see you clearly?" amidst roars of praise and applause.

Wow, we had never seen a President before who we could touch and feel his warmth!!

He was, to us, an icon of the nation's aspirations, dreams and civilisational strength. He spoke for the nation -- an all inclusive one.

His thoughts were the thoughts of a common Indian -- for growth, for power, for education and a greater, brighter, happier future.

He was a President whose presence enhanced the prestige and the status of Rashtrapati Bhawan, otherwise so vulgarly moulded in the old, Victorian colonial frame. He broke the glass shields of the Viceroy's legacy, became the People's beloved President, setting examples of simplicity and humility that would become almost impossible for any other incumbent to follow.

My daughter Shambhavi started a Web mag Invincible at age 13, which instantly became popular, way back in 2007. When President Kalam was denied a second term due to Congress politics, he began inviting various sections of society for a farewell tea. One was for editors.

All senior editors, columnists and leaders of media houses were invited. Dr Kalam invited Shambhavi too, recognising her talent. It was a lifetime experience for the budding 13-year-old writer to find herself standing with the veterans!! That was A P J Abdul Kalam's greatness.

He was one of us. He was a perfect Indian. He breathed India, he wore India's core values. His faith was India. We will miss you sir.

When a problem arises, become the captain of the problem and defeat it! 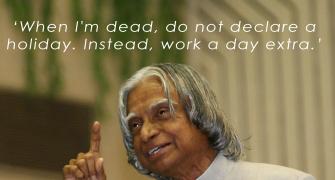 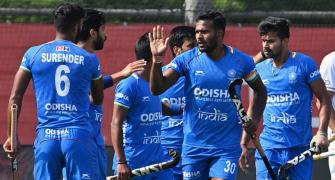