'Raja did not take the whole money'

Prime Minister Manmohan Singh is determined to get to the bottom of the 2G spectrum scam, and this will not go down well with Congress President Sonia Gandhi, Janata Party president Dr Subramanian Swamy told Rediff.com

"The prime minister is determined to get to the bottom of it. And that is against Sonia Gandhi's interest," he said on the sidelines of a function organised on Wednesday by an organisation called Deshbhakti Andolan to felicitate him for his role in exposing the spectrum scam.

Asked if what he said is true, there could be a fallout between the Congress president and the prime minister, he said, "I can't say that. We will have to wait and see."

Dr Swamy, who said he has known the prime minister for over 40 years, said Dr Singh would resign if he is pushed against the wall.

"He is determined to act. That is a good sign. But if his hand is twisted, he will resign," he said.

"The files were in front of the PM. He sent them to the concerned authorities and the law ministry. But certain bureaucrats and Law Minister Veerappa Moily misled him, saying no action was needed," he said.

Dr Swamy, following whose petition the Supreme Court demanded that the prime minister file an affidavit regarding the spectrum scam, has been criticising Sonia Gandhi since the spectrum controversy broke, leading to the resignation of telecommunications minister Andimuthu Raja.

Earlier on Wednesday, after he visited Shiv Sena chief Bal Thackeray, he called Sonia Gandhi the Gangotri of corruption.

At the felicitation, he alleged that Sonia Gandhi has a role in the scam, a charge he has made in earlier interviews too.

"Raja did not take the whole money. He kept a small part, the DMK (Dravida Munnetra Kazagham) took some and the Congress got some," he alleged.

Projecting it on the Rs 176,000 crore, which according to the Comptroller and Auditor General is the loss to the exchequer due to irregularities in the allocation of 2G spectrum Dr Swamy said the bribe money could amount to Rs 60,000 crore.

Regarding the evidence to support his charge, he claimed, "I have the records to show that transactions have been made to this effect."

In his address, delivered in Hindi, Dr Swamy -- who was twice elected to the Lok Sabha from the Mumbai Northeast constituency -- said while his critics felt he is politicising the issue, it was actually detrimental to national security.

"Raja used his power to allot spectrum to two companies that were in the construction business," he said. "These companies in turn sold it to two foreign companies, which is something you will never see in any other nation because telecommunication is a matter of national security."

He alleged both the foreign companies have a Pakistan connection.

"When the Emergency was imposed, no one thought Indira Gandhi will make the mistake of calling for elections. But those who were opposed to it kept the pressure up and she eventually called for elections, which led to her downfall," Dr Swamy, then a Jan Sangh MP who eluded arrest during the Emergency, said.

"This is the biggest scam in the country. If the people unite, then the culprits could be brought to book quickly," he said, adding that he has requested that he be made the public prosecutor in the case.

"If that happens, I promise you I will put Raja behind bars in five months."

ALSO READ: 'Raja always put DMK's interests above his own' 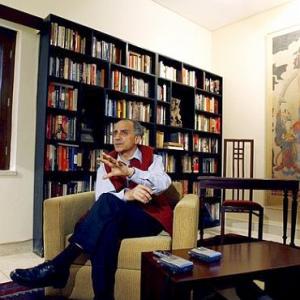