When Ashok Chavan was quizzed about paid news

Now that Ashok Chavan is in the news for all the wrong reasons, it is worth going back to an interview he granted in January on 'paid news' to this correspondent and my colleague in the Press Council of India, K Sreenivas Reddy.

We were members of a sub-committee constituted by the Council to prepare a report on corruption in the media in India, in particular, the phenomenon of media organisations receiving illegal funds for providing favourable coverage to politicians standing for elections.

One such politician against whom such allegations were made was the then Maharashtra chief minister. These allegations were contained in a series of articles written by P Sainath for The Hindu.

Sreenivas Reddy and I met Ashok Chavan at Varsha, his then official residence in the Malabar Hill area of Mumbai on January 28, 2010.

We were accompanied by an officer of the Press Council of India, Pradeep Bahl. We questioned the then CM on the various allegations that had been levelled against him by Sainath.

During the conversation there were occasions when he appeared distinctly uncomfortable. Here are excerpts from the interview that was recorded:

Press Council of India: What is your opinion about newspapers publishing articles that appear to the reader to be news items but are actually paid for to be published?

The reader is unable to distinguish between such paid news items and advertisements as there is nothing to indicate that there has been a financial transaction behind the publication of these news items.

In your opinion, should these 'news items', which actually are paid for, be published by the press?

Ashok Chavan: These news items that are frequently appearing in various newspapers should first be interpreted.

First, it needs to be firmly established whether the news item that has appeared is actually a news item or an advertisement. If it happens to be an advertisement, then it should be proved by documentary evidence like receipts for payment against publishing of the item.

It should first be ascertained whether a particular news item is indeed an advertisement.

Press Council of India: In the absence of documentary evidence like payments having made through cheques, which would establish that there has actually been a financial transaction between a candidate or a political party and a newspaper or a television news channel, we have with us circumstantial evidence that Shri P Sainath made available to us and about which he has also written extensively in his newspaper, The Hindu.

He has made available to the Press Council of India copies of three newspapers: Lokmat, Pudhari and Maharashtra Times, which are essentially competing brands.

In all three newspapers, the same article on Shri Ashok Chavan appeared, word for word. The article appeared in Pudhari on October 7, while the other two newspapers carried it on October 10.

The only difference in the three articles was that there were three different bylines. This means that there is circumstantial evidence to indicate that these were not news items but advertisements.

Let me correct your statement since you have referred to a particular issue which concerns me directly.

Several political parties have also launched complaints against me regarding this issue. According to me, the appropriate forum for challenging such complaints is through an election petition in a court of law.

I will put forth my views on this issue in the court.

Technically, once the election process is over, the appropriate manner to address grievances is through the mechanism of an election petition in a court.

The Representation of the People Act and the Constitution of India provide that all such matters that are raised after the elections shall be challenged in courts of law.

Hence, the matter should be settled under a court's jurisdiction.

Secondly, during the process of election a huge number of press releases are handed out and many press conferences also take place.

So, we don't know what is the source of information of these news items.

In my party, the Pradesh Congress Committee also organises a number of press conferences where a lot of press releases are issued to newspapers. It is a matter of fact that the contents of newspaper articles are culled from these press releases.

I have never come across anyone who has demanded money from me.

Press Council of India: Lokmat with over 14 lakh copies a day has 13 editions. What we witnessed was that there was a flood of advertisements in the newspaper during elections.

Now you may argue that since Shri Rajendra Jawaharlal Darda, MP from Aurangabad East, is the owner of this newspaper and is also a member of the Congress party, he has written all these articles in your favour.

What we have found is that Lokmat published 156 pages of advertisements in the run-up to the election and all of them were in your favour. These 22 articles were published in the months of August, September and October 2009.

Now would you say that this was done by Shri Darda's organisation voluntarily and no money was paid for it?

I have repeatedly told you that whatever articles have appeared other than the advertisements, there is no question of paying any money to anyone.

Official advertisements, which were issued by the Pradesh Congress Committee, have been accounted for.

At the same time, you should not forget that I was leading the party in the state as the chief minister. So it was not surprising that there were articles written about me.

Reporters have picked up from whatever press notes and press releases that have been issued by the party. 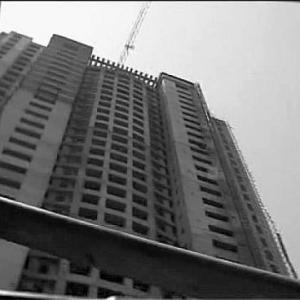