'The government does not want a strong Lokpal bill'

Anna Hazare and Arvind Kejriwal along with their supporters conducted a one-day fast at Rajghat on Wednesday to oppose police action against followers of Baba Ramdev on the night of June 4.

Hazare and Kejriwal are members of the joint committee that is drafting the Lokpal bill. According to them, if the government is hesitant in bringing a strong Lokpal bill, they will be left with no option but to go back to Jantar Mantar and agitate again.

In conversation with rediff.com's Sheela Bhatt, Kejriwal responds to criticism that civic society is trying to usurp the role of elected lawmakers and also explains the need for stronger Lokpal bill to tackle corruption.

On the joint-panel drafting the Lokpal bill

There have been differences of opinion on critical issues. The government postponed the critical issues in first four meetings. In last meeting the civil society members insisted that we should discuss critical issues first. When we started discussing that we realised there is too much of diversion of opinions.

From government's side, Union Finance Minister Pranab Mukherjee and Home Minister P Chidambaram speak and from our side roughly everyone speaks. Anna Hazare doesn't understand English so he has a translator. He keeps detailed notes and goes through it after the meeting and raises queries in the next meeting. In five meetings, it is difficult to make a judgment about the future of the Lokpal bill but in the last meeting government's attitude was so negative that it was shocking for us.

We were taken aback when they said that prime minister's post should not be included in the bill in spite of the fact that their own draft bill had included the post of PM. That means instead of making anti-corruption movement stronger, the government is weakening it. The government says the Lokpal bill should NOT cover PM, Members of Parliament, bureaucracy below joint secretary and even the judiciary.

On the PM issue

The government thinks that if a Lokpal starts an inquiry against the prime minister, he/she will lose the moral authority to take decisions and the Prime Minister's Office will become dysfunctional.

Prashant Bhushan, member of the committee, argued that when the Bofors case was investigated by the CBI, then PM Rajiv Gandhi did not become dysfunctional. Narsimha Rao also faced an inquiry during his tenure but he ruled with confidence. The government also argued that there can be frivolous arguments against the PM and he will remain under a constant scanner. He will not be able to function.

We argued that the Lokpal bench consisting of seven people will judge the compliant to see if there is prima facie evidence or not. If they don't find it then they will dismiss the complaint and fine the complainant.

It is not that in every complaint, the PM will be asked to respond. In the rare case, he may be asked to respond. We think PM should be covered by the Lokpal bill because if the PM is in charge of 15 departments then all those ministries will remain out of ambit of the Lokpal. It is also possible that if PM is kept out of Lokpal, then the PMO can become a conduit for all other ministries wrongdoings or bribery. The PM also handles security related matters. If he or she is corrupt, the security of country can be compromised.

On the judiciary issue

Before registering any case against any judge, you require sanction from the Chief Justice from India. This system is in operation since 1991. In last 20 years substantial evidence of corruption has come out in the public but in just few cases permission has been granted to prosecute. Recently in the Nirmala Yadav case and the Ghaziabad's Public Provident Fund case, permission to prosecute judicial officers has been granted. That means that present system is protecting corrupt people more than taking action against them.

We are suggesting that let the seven-member bench of the Lokpal decide whether to launch an FIR against a corrupt judge or not. The government is arguing that it will compromise the independence of the judiciary. We argued that in most of the corruption related cases against judges, sanction to file even a FIR has not been given in the last 20 years and that the system itself is encouraging corruption.

Today if an MP takes a bribe, it is almost impossible to investigate. The government says that the Speaker should be the only authority to initiate an investigation. In the Jharkhand Mukti Morcha bribery case it was alleged that JMM MPs took bribes for voting in the Lok Sabha. But by a three-two verdict, the Supreme Court ruled that Article 105(2) of the Constitution provides immunity to bribe-takers as their act involved voting in Parliament. Those accused of giving bribes are liable to prosecution but MPs can't be sent to jail.

Imagine, in this case it was proved that MPs took bribe to vote to save the Rao government and still, they went unpunished. Only Speakers can exercise that right over MPs. Speakers are never ready to give permission to prosecute.

The corruption affecting the common man has to be covered by the Lokpal. Right now, the common man is not getting speedy justice if he is forced to pay a bribe. The Lokpal should handle such cases in less than two months of a complaint.

The CBI and CVC are today highly compromised agencies. The CBI is used by government to act against various political parties to get them into submission. We want the CBI to be independent and let it be allowed to come under ambit of the Lokpal. The government wants Lokpal to have its own machinery to interrogate and prosecute. Why? Why duplication? Why does the government not want to leave control of the CBI which is the only agency under the central government to investigate graft?

If you combine above all five issues an interesting situation emerges.

The government wants PM out, judiciary out, MPs out, lower civil servants out from watch of Lokpal.

In that case some 2,500/3,000 civil servants would come under purview of Lokpal. It's a joke. Hong Kong has the best anti-corruption model. For 5 lakh employees they have a 1,200 people strong anti-corruption department. At that rate in the Indian set up to supervise 3,000 people, the government may give 15 people to assist the Lokpal all over country. How can you accept it?

Any public servant who are indulging in corruption should be investigated, prosecuted and punished by independent authority within a fixed time. Is there any dispute over this demand amongst Indians? Our movement is all about creating an anti-corruption system.

Tell me where does a villager go if he finds corruption in the panchayat? If he goes to the police, he knows that it is directly under control of government against whom he has complaints.

The government is not giving correct picture when they say that Lokpal wants to wield huge power. Just 6/7 members of Central Board of Direct Taxes are allowed to handle more than 3 crore tax payers. They have huge machinery and the still they go against tax evaders. We need a similar supervisory body to handle anti-corruption cases in every district of India.

We have taken care to put strong transparency clauses. We have ensured speedy disposal. We have ensured checks and balances within the Lokpal. The entire machinery of Lokpal will be subjected to government audit and it would accountable to Parliament.

People argue that Anna Hazare is subverting the system and democracy when he is insisting that a certain kind of Lokpal bill should be enacted. Let me ask you, do you think Indian people are in favour of SEZs? What democracy you are talking about when you take away people's land without their consent? 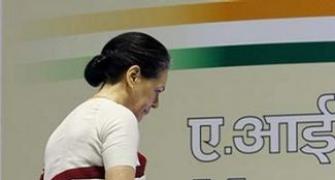 View: India needs a real PM, not a helpless one 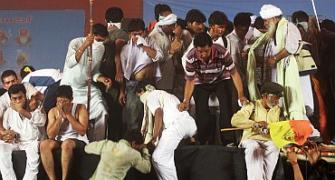 'Ramdev would have been exposed in a few days' 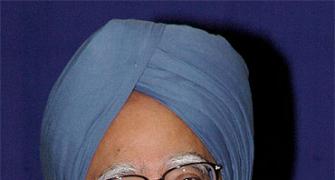 We had no option: PM on Ramdev crackdown 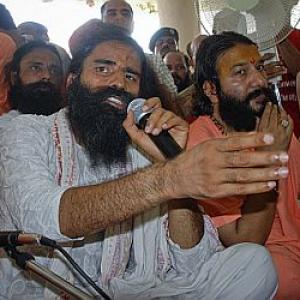