News
Business
Movies
Sports
Cricket
Get Ahead
Money Tips
Shopping
Sign in  |  Create a Rediffmail account
Rediff.com  » News » It is important to know the truth in the Yakub Memon case

B Raman knew that Yakub Memon should not be given capital punishment, but at the same time he harboured too much anger against Dawood Ibrahim and 'Tiger' Memon, and wanted to see that they did not stand to gain in the legal process in any manner whatsoever, says Sheela Bhatt/Rediff.com 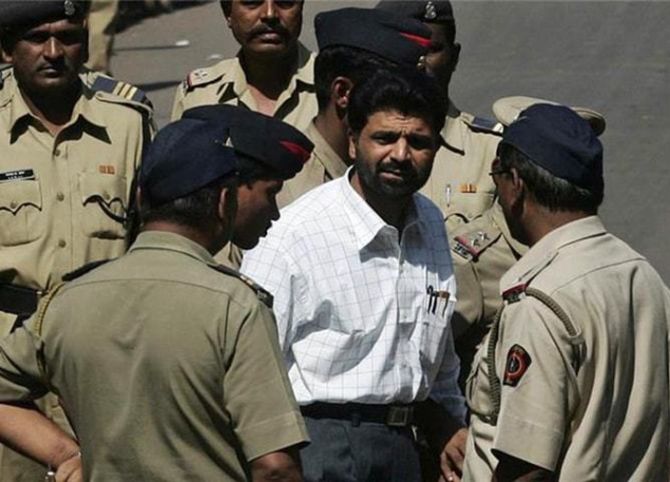 On July 23, 2015, Rediff.com published a hitherto unpublished column from 2007 by B Raman -- who, as head of the Pakistan desk in 1994, was involved with the return of 1993 Mumbai blasts accused Yakub Memon to India -- arguing against the death penalty awarded to him. The article set off a storm of reactions, both in support as well as critical of Mr Raman.

With the Supreme Court of India set to hear Yakub Memon's appeal against his death sentence on Wednesday, July 29, in what could be his final chance at commuting his death sentence, Sheela Bhatt/Rediff.com explains the issues involved.

What is the central point of the Yakub Memon controversy?

The political establishment is in no mood to take cognisance of Mr Raman's column or any other line of thinking prevalent among the liberal, thinking strata of society over the Yakub case.

The Bharatiya Janata Party, the ruling elite, is over-confident in its belief that Yakub must be hanged, period.

The strident Hindutva-wallahs, right-wing believers and the security establishment, even an overwhelming number of common men and women who have fears of living in an insecure society, are sticking faithfully to the court judgment that has convicted Yakub Memon and awarded him the death penalty.

For them the emergence of any new legal point is nothing but a kind of conspiracy by left-wing thinkers. That belief, precisely, is an added reason for them to fight back any attempt that tries to reduce the quantum of Yakub Memon's punishment.

However, from the Economic Times to The Times of India and all across the country, editorials have taken cognisance of Mr Raman's column. But in the establishment itself, there are enough powerful and influential people who argue that since Yakub Memon knowingly travelled to Pakistan from Dubai after the 1993 Mumbai serial blasts he is a traitor and they want to set an example for the main absconding accused, Dawood Ibrahim and 'Tiger' Memon by hanging him.

In the opposition space is the Congress which is under-confident, as always. It has no guts to take a clear stand except parroting the line that it wants to abide by the court's judgment. In an era of competitive politics the party dare not say anything more.

Notwithstanding Mr Raman's contention, which clearly raises questions about the basis on which Yakub Memon was awarded the death penalty, the current ruling class's natural instinct and even passion is to ensure that Yakub Memon is hanged.

Remember what the BJP's ideological plank is. It is absurd to even expect anything from this particular government other than a strong opposition to any mercy plea or any avenue for Yakub Memon.

Politically the Narendra Modi-led government cannot afford to support any effort that demands a re-opening of Yakub Memon's case. A senior BJP leader said, "He should not be alive one day more than what is legally allowed to him."

In Indian democracy the judiciary is the Mecca of hope in all kinds of circumstances and for all kinds of people. Those who want Yakub Memon to be hanged as well as those who do not, both can look forward to the court hearing on Wednesday.

One must be realistic enough to note carefully that the Attorney General of India, Mukul Rohatgi, who appeared for the Maharashtra government on Monday, July 27, in the Yakub Memon case, kept saying that the purpose of the case is narrow, to only discuss the rules for a curative petition, as Memon says his death warrant was issued before the Supreme Court decision on his execution, which is a wrong procedure.

Rohatgi said the merits of the evidence are done in his case and Yakub Memon has exhausted all legal avenues too.

Lawyers say Memon will be hanged on Thursday, July 30, if the top court dismisses his petition on Wednesday, but Shyam Keswani, Yakub Memon's lawyer in 1993, told Prasanna D Zore/Rediff.com, "People are not asking for Yakub's acquittal, but to commute his death sentence."

Mohan Guruswamy, an incisive commentator, believes Mr Raman's column should be taken into account. "It's not a question of Yakub Memon's guilt and punishment for the crimes attributed to him. It concerns the commitments made by the intelligence agencies that gave him their word and have now gone silent. Commuting the sentence to life without possibility of parole will do the job."

Why should the court, or even the political class, believe B Raman when he is no more? People argue that his views have no legal value.

Credibility. Nobody has questioned Mr Raman's column. He was a patriotic, right-wing thinker. He supported Chief Minister Narendra Modi many times. When he discovered that he was suffering from cancer Mr Raman declared his support for Modi as PM. When he passed away, ‏@narendramodi himself tweeted his condolences on June 16, 2013, at 9.25 pm: 'Shri B Raman will be remembered for his insights on issues of national security. Sad to know of his demise. May his soul rest in peace.'

Mr Raman has written so much that readers are aware of his style of English prose. They will never doubt that Mr Raman has written this column and these are his views. The way he has presented his dharamsankat (dilemma) has touched the hearts of readers.

It is entirely believable why he did not want this column to appear at that time. He knew Yakub Memon should not be given capital punishment, but at the same time he harboured too much anger against Dawood Ibrahim and 'Tiger' Memon, absolutely and justifiably. He wanted to see that they do not stand to gain in the legal process in any manner whatsoever.

As is well-known, he was a Rediff.com columnist who passionately gave us inputs so that the truth comes out. There is not an iota of doubt that Mr Raman always wanted to defend Yakub Memon.

It said the following in bold letters. He wanted Rediff.com to use the information without attributing it to him. Following is the text of his e-mail:

'Well-informed sources in the Indian intelligence community, who were associated with the action taken for the identification and arrest of those involved in the Mumbai blasts of March 1993, say that while Dawood Ibrahim, Tiger Memon and other accused, who might still be in Pakistan, deserve the most severe punishment of death, Yakub Memon and other members of the Memon family may not merit the death penalty.'

'While there is conclusive evidence of their involvement in this act of mass casualty terrorism at the instigation of Pakistan's Inter-Services Intelligence, the fact that Yakub Memon repented his involvement and co-operated with the Indian security agencies in persuading some other members of the family, who were living in Pakistan under the protection of the ISI, to come out and face the legal process for their crime instead of letting the ISI continue to manipulate them, has to be taken into account while finally deciding whether they deserve the death penalty.'

'In their view, this is a fit case for the commutation of death penalty to one of life imprisonment. These sources wonder whether the prosecution brought to the notice of the court the co-operation extended by Yakub Memon in persuading the other members of the family to get out of the clutches of the ISI and face trial in India.'

Once again, not satisfied with public discourse, he wrote to Sheela Bhatt on July 30, 2007 at 8:22 am. This was the information he provided on the Yakub case:

'By July 1994, Yakub Memon and other members of his family except Tiger Memon felt uncomfortable living in Pakistan under the protection of the ISI. They decided to surrender to the Indian police and face trial. Tiger Memon strongly opposed this. Yakub Memon wanted to consult a relative and a family lawyer about the advisability of surrendering to the Indian authorities. He flew to Kathmandu by a flight of the Pakistan International Airlines. His relative and the family lawyer met him there. They strongly advised Yakub against surrendering.'

'According to Yakub, they told him that the Indian police and security agencies would have them killed and show them as killed in an encounter. They, therefore, advised him to go back to Karachi and live there. Yakub accepted their advice and decided to fly back to Karachi. As he was boarding the PIA bus to go to the aircraft, his shoulder bag fell down. Half a dozen Indian passports came out of it and got scattered on the ground. A Nepalese policeman noticed this and immediately detained him.'

'Yakub was having in his possession the Indian passports of all the members of the family except Tiger Memon. They immediately alerted the R&AW, which requested the CBI to depute an officer to Kathmandu to identify the person detained by the Nepalese police. He went there and established that the detained person was Yakub Memon. The Nepalese authorities did not want to formally arrest him. They were worried that if they formally arrested him, they would have to produce him before their court and Dawood Ibrahim's lawyers would see that he was not handed over to India. It was, therefore, decided that they would bring Yakub in a car from Kathmandu to Indian territory in Bihar and informally hand him over to the Indian police without any record about the hand-over in their records.'

'An ARC aircraft was sent to a town near the Bihar border. The moment the Nepalese police reached the town and handed him over, he was flown to Delhi and handed over to the IB. P V Narasimha Rao, the then prime minister, was informed. Yakub co-operated with the CBI in persuading some other members of his family to go to Dubai from Karachi and surrender to the Indian authorities. A senior IB officer was sent to Dubai to make arrangements for receiving them and sending them to India.'

Mr Raman was restless. He once again wrote to Sheela Bhatt the column which has stirred even those people who totally support the death penalty to Yakub Memon.

The truth in Yakub Memon's case will be seen differently by the Modi government, by the Congress party, by those who are concerned about terrorism in the country and want nothing less than the death penalty for those found guilty, by those Indians who do not believe in the death penalty whatever may be the crime in the modern, 21st century world and by those who are liberals in general and always in all matters.

Nobody knows what the Supreme Court will decide finally, but it is important to know what the truth of the case was.

Image: Yakub Memon being taken to the Mumbai TADA court in 2007. Photograph: Reuters

Get Rediff News delivered into your Inbox.
Sheela Bhatt / Rediff.com in New Delhi
SHARE THIS STORY
Print this article 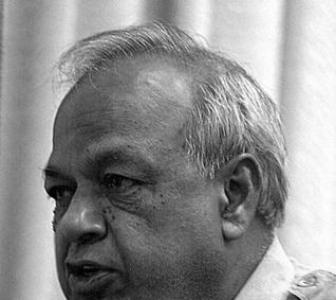 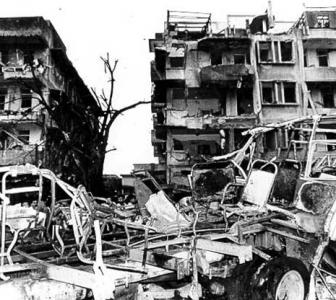 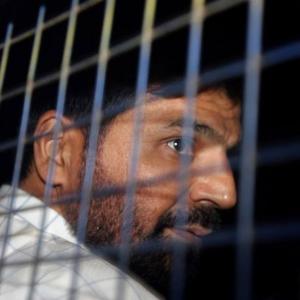 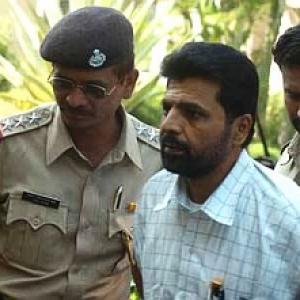 'People are not asking for Yakub's acquittal, but commuting his death sentence'