The irony is that Trump detests fat people...

Donald J Trump is the oldest man to be elected America's president.

Trump is also the first billionaire to be president.

And the first president to be married thrice.

Could he also be the fattest man to be Prez since World War II?

Trump detests fat people -- he has made his distate for overweight folk known several times; is that why his wife, daughters, sons and son-in-law are all sleek and slim? -- which makes it doubly ironic that POTUS is clearly more than plump.

When his coat billows in the wind, it reveals a belly clearly blessed by a rich and long life lived.

The Washington Post asked five random experts to weigh in on the then candidate's avoirdupois, and their estimates ranged from 102 kg to 114 kg.

The Donald, it seems, needs to lose weight, in addition to a lot more else.

Of course, it would be tough to detech an extra ounce of flesh on Trump's predecessor, who was a slender portrait of grace from his first inauguration on January 20, 2009 to January 20, 2017 when he handed over the presidential mace to a man many in America believe does not deserve it.

Compare America's 45th President with some of his recent predecessors: IMAGE: George W Bush jokingly moves back and forth between his portrait and Laura Bush's at the National Portrait Gallery in Washington, DC, December 19, 2008. Photograph: Jim Young/Reuters 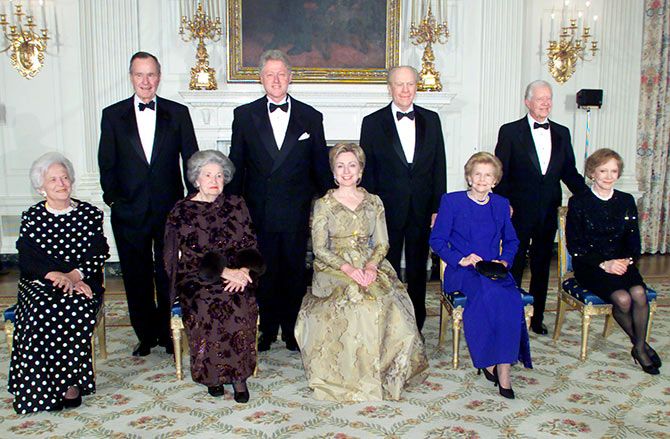 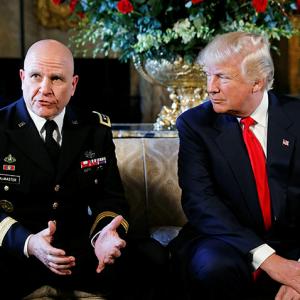