News
Business
Movies
Sports
Cricket
Get Ahead
Money Tips
Shopping
Sign in  |  Create a Rediffmail account
Rediff.com  » News » 'India must be prepared for a 100-year war with Pakistan'

'Pakistan has responded with appropriate contempt -- hrowing our national dignity into the waste paper basket.'
Rashme Sehgal reports on how Prime Minister Modi's grand diplomatic gesture in Lahore has typically been thwarted by Pakistan. 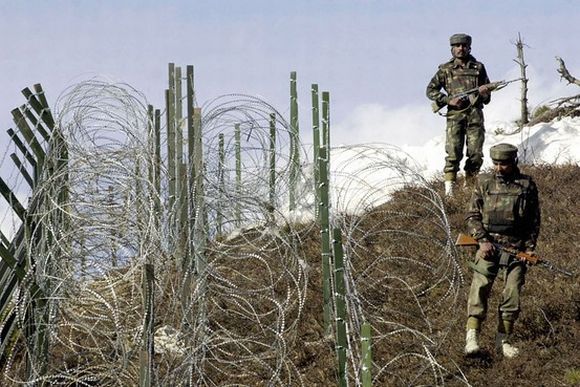 Ministry of external affairs mandarins are still recovering from Pakistan High Commissioner Abdul Basit's comments on Thursday, April 7, when he declared among other things that the investigation into the Pathankot airbase attack by his country's Joint Investigation Team had been carried out 'in a spirit of cooperation' and was not 'based on reciprocity.'

When asked how there could be 'cooperation between nations which was not based on reciprocity,' Basit replied it was possible, but declined to elaborate.

This lack of cooperation would disallow the National Investigative Agency team to visit Pakistan. This flew in the face of the NIA claims made by NIA Director General Sharad Kumar that an Indian team would soon visit Pakistan following the JIT visit in order to take the probe forward.

This, India had hoped, would be in continuation of its attempts to nail the Jaish-e-Muhammad terrorist group headed by Mazoor Azhar and his brother Rauf in their role in plotting and executing the Pathankot airbase attack.

Pakistan's snub to India's bold gambit of allowing Pakistani counter terrorist, police and ISI officers access to 16 witnesses including suspended Gurdaspur Superintendent of Police Salwinder Singh as also to the crime scene where a gun battle had raged for more than 80 hours, has more than six decades of precedence with every overture from India having being matched by a corresponding Pakistani snub.

There is no doubt that Modi hoped that his grand diplomatic gesture of stopping by and chatting with his counterpart Prime Minister Nawaz Sharif on his way back from Russia and Afghanistan on December 25 would pay some dividends.

Behind the bonhomie of smiles and handshakes is the glaring reality that Pakistan is constantly sharpening its knives against India.

Defence experts wonder why Modi was not prepared for an immediate stab-in-the-back as seems to be the pattern in India-Pakistan relations.

Dr Ajay Sahni, director, Institute of Conflict Management, points out that the Pathankot attack occurred within one week of Modi's Lahore stopover. The Kargil attack similarly occurred soon after Atal Bihari Vajpayee's bus ride to Lahore. Basit's snub to the Indian State came on the heels of India's invitation to Pakistan's JIT.

"Pakistan has responded with appropriate contempt -- hrowing our national dignity into the waste paper basket," says Dr Sahni. "When processes become so personalised, one forgets the basic principles of governance."

"Just because Modi visited Lahore," he adds, "this was followed up with an invitation to the JIT. Everything is being run by the PMO where officials are working to translate every whim of the prime minister without understanding that no one individual or coterie of individuals can manage the nation's affairs."

Vajpayee, Dr Sahni believes, despite Kargil, had more to show in terms of achievement than the disastrous Pakistan policy being pursued by Modi in the last two years. "Vajpayee wrested some concessions. He was able to negotiate a cease fire which lasted between 2003 and 2008. He was also able to build a fence between the two nations and so at least had something to show on the ground. What gains can the Modi regime show?" he asks.

Military expert Maroof Raza goes a step further. "We suffer from a failure to assess the intentions of our enemy. Pakistan is definitely an enemy State unless it chooses to behave like a friend," says Raza, who served in the Indian Army.

"If the government had chosen to invite the JIT, then the terms of engagement should have been publicly announced instead of the cut-and-paste job that was done now," says Raza.

"Why were they given all of 55 minutes in Pathankot?" he asks. "If they wanted to keep sitting for three days, they should have been permitted to do so, but after having restricted their movements."

Raza asks why India is wasting its time with Pakistan.

"India should be prepared for a 100-year conflict with Pakistan," warns Raza. "There will not be regular wars, but the present situation will continue.'

The Pakistan military establishment has laid down some thumb rules and these continue to be followed in their entirety across the country.

"They have constantly sought parity, if not superiority with India," says Raza. "Kashmir remains the bonding addictive for the Pakistani State and without the Kashmir issue they will be left rudderless." 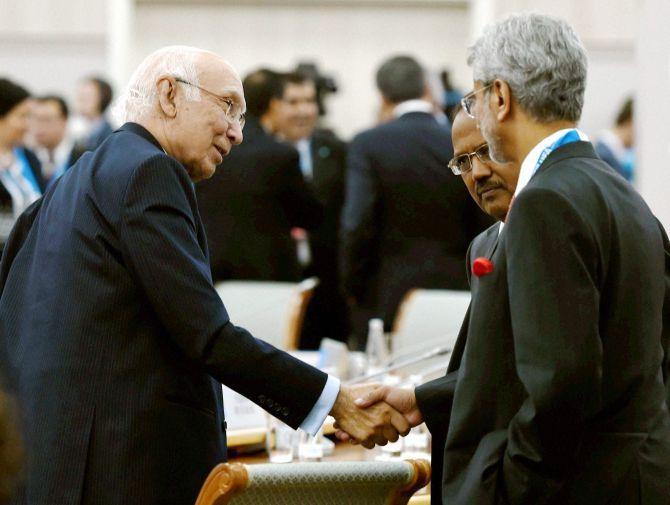 India, on the other hand, continues to remain ambivalent and rudderless in their approach to Pakistan.

This confusion is not lost on our neighbour.

'There is no short cut for achieving viable peace,' Pakistan High Commissioner Abdul Basit declared last Thursday. 'Nor does cherry picking work. Jammu and Kashmir is the root cause of our mutual distrust and other bilateral issues. A fair and just resolution of J&K is a must. To put this on a back burner will be counter productive.'

During the last one month, Basit said, 'Our authorities have arrested scores of terror operatives with foreign linkages. Their arrest is quite disturbing.' He declined to provide information about those who had been arrested or from which countries these terrorists belonged.

Even the terrifying threat of nuclear weapons falling into the hands of terrorists was dismissed by Basit with a perfunctory claim, 'Our safety and security regime is second to none as far as our nuclear assets are concerned.'

The subject of continuing the comprehensive dialogue between the two nations was also shrugged aside with the assertion, 'If India is not ready, we can always wait.'

Such is the preponderance in authority of the military-jihadi axis in Pakistan that its civilian government has little say in foreign affairs, especially relating to India. By engaging directly with Sharif, Modi felt he could force the pace of relations and work out something that could prove satisfactory for both sides.

Modi, security experts believe, should now ignore Pakistan especially since its military will continue its policy of bleeding India with a thousand cuts. 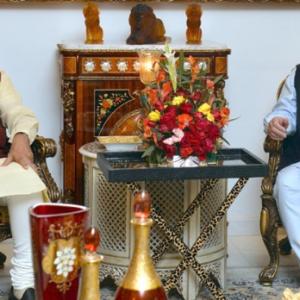 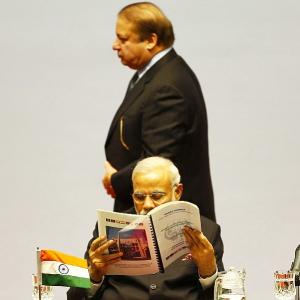