Assembly elections in Himachal Pradesh and Gujarat are over. Another set of state elections is due in 2018. Here’s an assessment of the next round of the electoral challenge and how it could change India’s political equations. 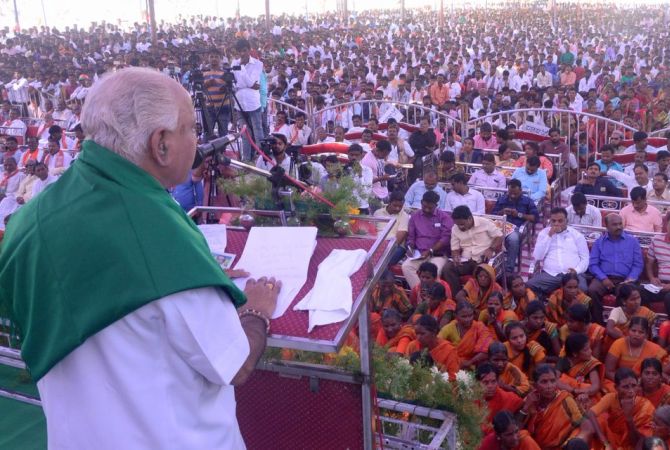 IMAGE: Yeddyurappa, from the BJP, is doing all that he can to ensure that the state of Karnataka votes for him. Photograph: @BSYBJP/Twitter

Scheduled for April, the Karnataka election campaign is already underway. A Congress government headed by Siddaramaiah, former leader from the Deve Gowda-led Janata Dal-Secular, is fighting for another term. The main challenge is led by B S Yeddyurappa, a former chief minister, once imprisoned briefly on a graft charge. Yeddyurappa has already been named as chief minister if his party, the Bharatiya Janata Party, should come to power.

Siddaramaiah’s pluses? An excellent orator, from the Kuruba (shepherd) community which is socially and economically backward. This gives him the sort of appeal enjoyed by Prime Minister Narendra Modi. The downside? Not a collegial leader, strongly anti-intellectual and doesn’t seem to notice corruption.

Karnataka is a mini country, with all the contradictions and asymmetries. After the information technology revolution, Bengaluru is the hub of all that is creative but the city has next to no urban planning and is growing at a pace the government can’t keep up with.

In Mandya, wealthy cotton farmers are committed to the JD-S; in arid north Karnataka and coastal Karnataka, the BJP has a base. The state has an assertive and vigorous minority population; one of the largest contingents of kar sevaks during the demolition of the Babri Masjid came from Karnataka.

The real politics is in caste coalitions. In the previous election, the Congress came to power on the back of a carefully wrought combination of some Vokkaligas, some Lingayats (both powerful middle castes) and mainly because of the support of Dalits and Muslims.

This time, Yeddyurappa is working furiously to make dents in the Dalit vote. He has criss-crossed the state twice already, eating at Dalit households, holding meetings with them and generally trying to win them over. However, he has acknowledged detractors in his own party, who have made no secret of the fact that they will work to contain him. The BJP’s biggest danger is internal sabotage.

Nagaland: Fishing in a tribal brew IMAGE: Most MLAs in Nagaland have withdrawn their loyalty from T R Zeliang.

The state’s politics are all its own and heavily tribe-driven. Currently ruled by a Democratic Alliance of Nagaland, in which the primary partner is the Naga People’s Front, there is little more than tribal loyalty acting as a glue in keeping the coalition together.

Recently, the NPF split, pushing most MLAs to withdraw their loyalty to T R Zeliang and moving to the faction led by Shurhozelie Liezietsu. The immediate reason was Zeliang announcing 33 per cent reservation for women. However, in a comedy of errors, Zeliang returned to being CM.

The Bharatiya Janata Party has a good relationship with NPF. The unease lies in the framework agreement of a Naga accord signed between the Indian government and the Manipur-based National Socialist Council of Nagalim (Isak Muivah) in 2015. This recognises the militant group as part of the political mainstream. The accord cautiously acknowledges the aspirations of the Naga people to have a homeland or Nagalim.

However, the exact terms have not been made public. The fear is that areas currently known as Nagaland might be made contiguous with Manipur to carve out a Greater Nagalim in which some non-Naga tribes might become minorities. The new entity could threaten existing interests, financial and political, and create new ones.

The election will play out against a subtext of contested and shared sovereignty. The BJP’s Ram Madhav is a pivotal figure in extending the party’s hold and discourse in the northeast. Yet, the party acknowledges that with the church’s dominance, the BJP can at best have a creative alliance with political groups, not a sustainable and independent unit.

Tripura: No more a duopoly 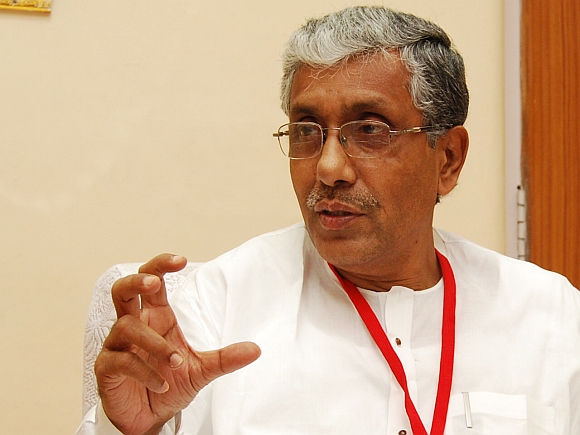 IMAGE: Manik Sarkar has been in office in Tripura since 1998, leading the Left for 4 terms.

For years, Tripura had only two parties -- the Congress and the Left Front, principally, the Communist Party of India-Marxist. In 2016, six legislators of nine originally elected to the state assembly on Congress party tickets switched to the Trinamool Congress.

Later, they shifted to the BJP. One of the three remaining Congress legislators has informally joined the BJP, whose national president, Amit Shah, has had triumphant rallies in Agartala and other places in Tripura.

Chief Minister Manik Sarkar has been in office since 1998, having led the Left to power for four terms. A sensible and no-nonsense politician, leading by example. Also one who crushes all dissent, using state power.

The government is now vulnerable to anti-incumbency, especially from its employees who have only recently been grudgingly given a small pay hike. The tribals have remained a devoted voter base of the Communists since the 1960s but this bastion is also under threat.

The Congress is moribund, harking back to a feudal royalist legacy. In the circumstances, the BJP believes Tripura is ripe for the picking. While it isn’t easy to dislodge the Left, there is no denying the fact that Tripura is seen as a state with potential for growth by the BJP. 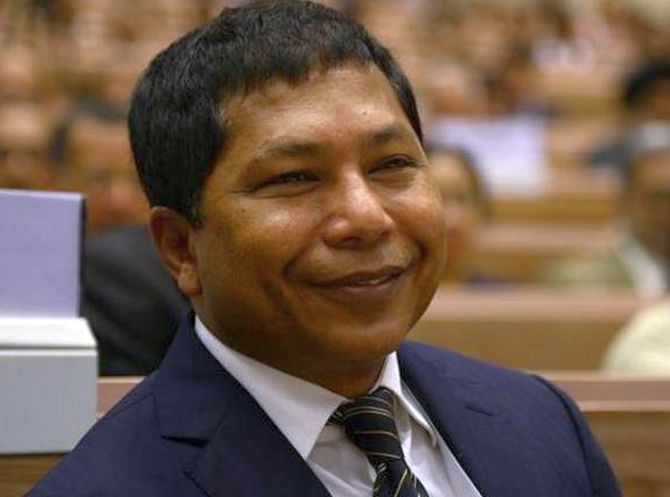 “We won no seats in the last assembly election. But, in the 2014 Lok Sabha election, the BJP was first in six of the seven assembly constituencies in Shillong,” said Nalin Kohli, Bharatiya Janata Party secretary in charge of Meghalaya. The party has decided it will contest all the assembly seats on its own.

The church plays a big role in elections. The BJP has pressed into service Union Tourism Minister K J Alphons to reassure Christian leaders that issues like the beef ban will not be forced on Meghalaya.

The state is ruled by a Mukul Sangma-led Congress government. Two independent MLAs  have already crossed over and more are expected to after the current and last session of the state assembly concludes. 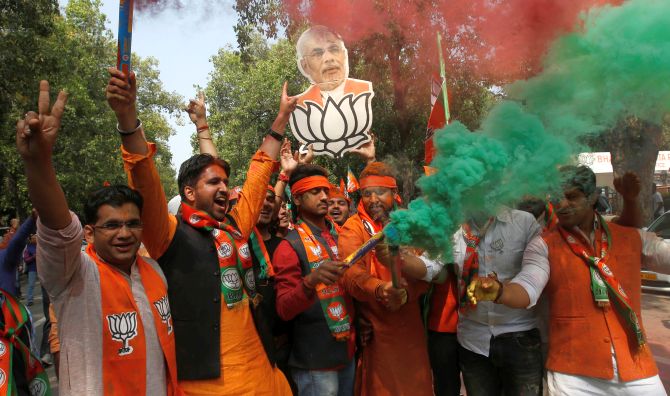 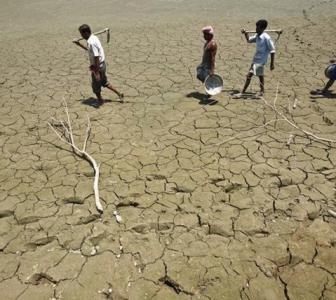 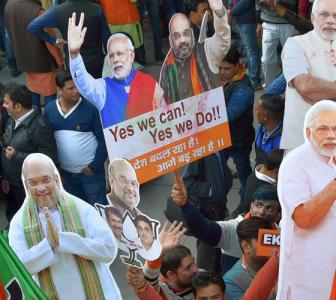 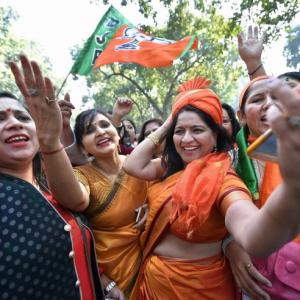 The Gujarat Verdict: In 3 graphs 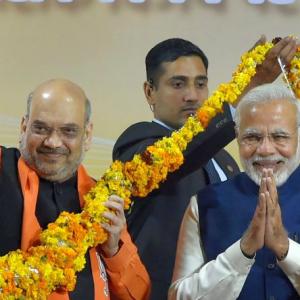