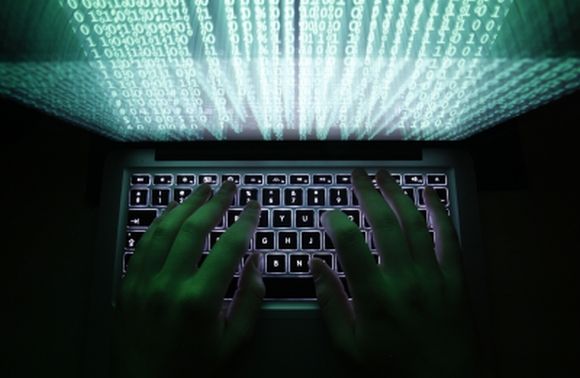 General Bipin Rawat, the chief of the army staff, recently mentioned the future of the defence forces in India; the general spoke of a long-awaited integrated command.

While dismissing apprehensions about shortage of funds, he asserted: 'If we are going to fight a war someday, the war is going to be fought by the three forces together. Integration has to be in a holistic manner. Can we have a joint forces mechanism? Is it better or not? We have to look at the option.'

'You also economise by integration of logistics. The integration has to be in the form of all services utilising their resources in a harmonised manner, the amy chief said.

Though often expounded upon, little has been concretely done to make the integrated command a concrete reality.

At the same time the Chinese People's Liberation Army under President Xi Jinping is taking giant steps towards the future.

Despite (or perhaps thanks to) its rigid system of governance, at the beginning of 2016 China has undertaken in-depth reforms of its defence forces, which aim at a far wider 'integration' than that of the three services mentioned by General Rawat.

Instead of three, China has five 'services'; added to the PLA's army, navy and air force, the PLA has now a Rocket Force (formerly, the second artillery) and a Strategic Support Force. The SSF could be a game changer.

'While the Chinese PLA's new SSF is a critical force for dominance in the space, cyber, and electromagnetic domains,' The Diplomat noted, 'the SSF's function of "strategic support", namely information support, will be equally vital to the PLA's capabilities to fight and win wars.' It is certainly the force to watch.

Clay Chandler in Fortune mentions the experience of Thomas J Friedman, the New York Times columnist, who 'has emerged from a recent foray to China newly astonished by the breakneck pace of innovation here. In his latest column Friedman marvels that the Middle Kingdom has become a cashless society in which "everyone pays for everything with a mobile phone’ and even beggars use QR codes".'

In the Middle Kingdom, the dependence on the cyber world is, of course, not restricted to the defence sector only; the entire Chinese society seems to have entered the cyber area, Friedman commented, 'in an age when raw data from the Internet of people and the Internet of things is the new oil.'

The columnist’s conclusion is that Americans 'underestimate China -- and attribute all of its surge in growth to unfair trade practices -- at our peril.'

This is true for the defence domain too and not only applicable to the US.

In India, China's capacities to conduct new types of warfare is critically underestimated.

In the future, India may have to face not 'one', but several 'asymmetric' attacks.

In 2003, the Chinese Communist party's Central Military Commission approved a 'guiding conceptual umbrella' for information of the PLA's operations -- the 'Three Warfares'.

It was based on three strategies or ‘Warfares’, each mutually reinforcing the others:

Overt and covert media manipulation;

Has India thought of countering China in these fields? Probably not, though the fact that the army chief often speaks to the media tends to show that there is perhaps a change in the right direction.

China is looking into the future

In testimony before the US-China Economic and Security Review Commission on 'China's Advanced Weapon', David D Chen, an independent analyst, spoke to a panel about 'Directed Energy and Electromagnetic Weapons Programmes'.

This is cutting-edge research, like quantum communication (which will make communications un-hackable), undertaken by Chinese scientists.

Chen quoted from The Academy of Military Sciences who 'explicitly' asserted: 'Space and cyberspace increasingly constitute important battlefields. A new type of five-dimensional battle-space of land, sea, air, space, and cyber is currently taking shape, which is wide in scope, hyper-dimensional, and combines the tangible and intangible.'

'Battlefield control is moving from control of the land, sea, and air toward control of space and cyber.'

'The specific way to do so is to develop new concept weapons such as near space hypersonic weapons, electromagnetic rail guns, and directed energy weapons, shortening the time between detection and destruction of a target.'

It moves toward a hyper-dimensional battle-space 'emphasising space and cyber and energy-based weapons faster than an adversary can react,' Chen explained.

Taking the example of a high power output microwave transmitter, Chen oted: 'Its structure is similar to that of a radar transmission system, but its radiated energy is hundreds or even 10,000 times greater than a radar.'

While the Indian media extensively quoted the recently released annual report to the United States Congress, it merely mentioned the fact that China could open military bases in Pakistan and other locations.

But there is more in the report, which affirms: 'China is advancing a comprehensive military modernisation program. It also continues to develop capabilities for what PLA writings call 'non-war' missions, as well as operations in emerging domains such as cyberspace, space, and the electromagnetic spectrum.'

Electronic Warfare will have a special place in a conflict of tomorrow.

China's military modernisation, according to the report, will include 'capabilities to attack, at long ranges, adversary forces that might deploy or operate within the Western Pacific Ocean in the air, maritime, space, electromagnetic, and information domains.'

It cites an array of weapons such as different types of missiles, but also a Ballistic Missile Defence. 'China is taking steps to develop a BMD capability. It is developing a missile defence umbrella consisting of kinetic-energy intercept at exo-atmospheric altitudes (greater than 80 km), as well as intercepts of ballistic missiles and other aerospace vehicles within the upper atmosphere.'

The new HQ-19 missile will be specifically used for intercepting ballistic missiles at mid-course.

'The HQ-19 is still undergoing PLAAF-organized testing; as of May 2016, China was focused mainly on testing the HQ-19's capability to intercept 3,000 km-ranged ballistic missiles.'

The list of new fields of research is long; it is presented in different categories:

China is also working on an unmanned combat aerial vehicle named the 'Black Sword', which could compete with the best US drones one day.

Beijing has a medium and long term programme which aims at transforming China into an 'innovation-oriented society' by 2020.

'China has identified certain industries and technology groups with the potential to provide technological breakthroughs, to remove technical obstacles across industries, and to improve international competitiveness.'

The US report lists other fields such as 'intelligent perception technologies' or 'virtual reality technologies', but also 'new materials' such as smart materials and structures, high-temperature superconducting technologies, and highly efficient energy materials technologies; and, of course, AI (Artificial Intelligence).

The Role of the Strategic Support Force

Undoubtedly, the SSF will play a primordial role in a future conflict.

The SSF ]appears to link space, cyber and EW missions,' the report points out adding that the SSF 'may represent the PLA's first step in developing a cyber force that combines cyber reconnaissance, attack and defence capabilities under one hat.'

Moreover the report asserts, 'the PLA may seek to use its cyberwarfare capabilities to collect data for intelligence and cyberattack purposes.'

The Australians recently bitterly complained about Chinese cyberespionage; it is probably just a beginning.

The time has come for India to wake up and realise that India's defence needs to look beyond the present three services, even if the latter are soon able to work in a more coordinated manner. 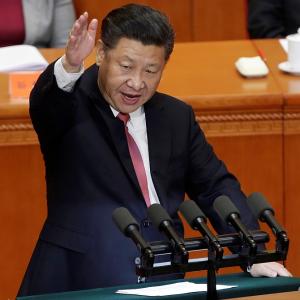 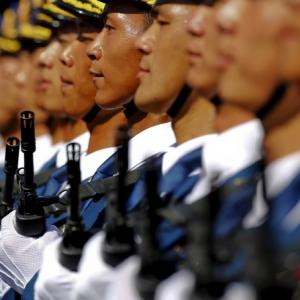