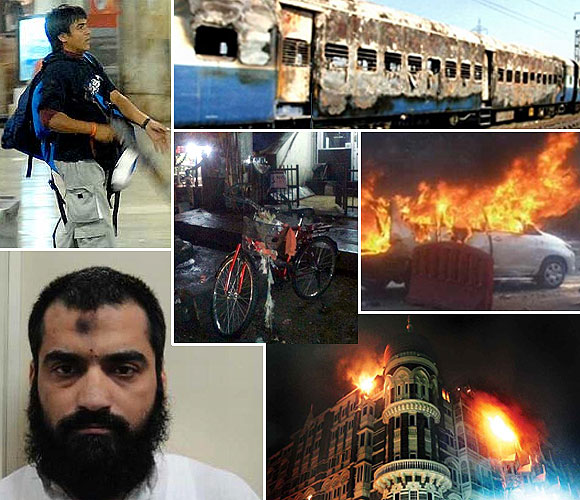 The execution of 26/11 gunman Ajmal Kasab and the arrest of 26/11 handler Abu Jundal came as a silver lining to the dark terror cloud in 2012, reports Vicky Nanjappa

India is one among the top five terror-hit nations in the world. And even as the nation continues to fight a tough battle on this front, in 2012 the execution of 26/11 gunman Ajmal Kasab and the arrest of 26/11 handler Abu Jundal were the highlights.

The year saw two major terror strikes -- the bombing of an Israeli diplomat's car in New Delhi on February 13 and low-intensity serial blasts in Pune on August 1.

One Israel embassy staff member was injured in the attack on the car while one person was injured in the four low-intensity blasts that hit Pune's Junglee Maharaj Road. Two other bombs were defused by the Anti-Terrorism Squad in Pune.

The blast in Delhi continues to remain a mystery with the agencies suspecting an Iranian hand. The Indian Mujahideen were behind the Pune attacks.

Both investigators and the Intelligence Bureau officials say that the year 2012 saw more on the investigation front -- with many terror-related cases being cracked.

India's war against terror in 2012: Arrest of Abu Jundal

The first of the major breakthroughs was the arrest of Abu Jundal, the Indian Lashkar-e-Tayiba operative, who was present in the control room which monitored the 26/11 attack. Saudi Arabian authorities deported him after a thorough investigation of India's case in June.

India is hoping to exert additional pressure on Pakistan as the investigation into Jundal's role in the Mumbai attacks continues.

Jundal unlike Kasab was part of the Lashkar's inner circle, who was in the know of all the aspects of 26/11. His association with the top bosses of the Lashkar and the Inter-Services Intelligence is what makes his arrest vital to investigators.

India's war against terror in 2012: Execution of Ajmal Kasab 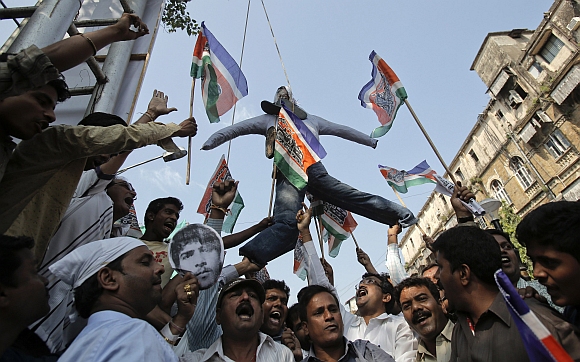 Image: Supporters of the Maharashtra Navnirman Sena hang an effigy of Mohammad Ajmal Kasab outside Chhatrapati Shivaji Terminus train station, which was one of the targets of the 26/11 attacks, in Mumbai
Photographs: Vivek Prakash/Reuters

November 21 was most significant to families of victims and survivors of the 26/11 attacks as well as for officials who probed the case.

After nearly four years of intense trial, Ajmal Kasab, the lone surviving terrorist of the 26/11 attack, was hanged in Pune's Yerwada Jail.

It was probably one of the most secretive operations undertaken by the home ministry. The details of Kasab's mercy petition being rejected 15 days prior to the execution was kept under wraps as the Indian government wanted to avoid any hiccups or media glare.

India's war against terror in 2012: Deportation, arrest of Fasih Mahmood 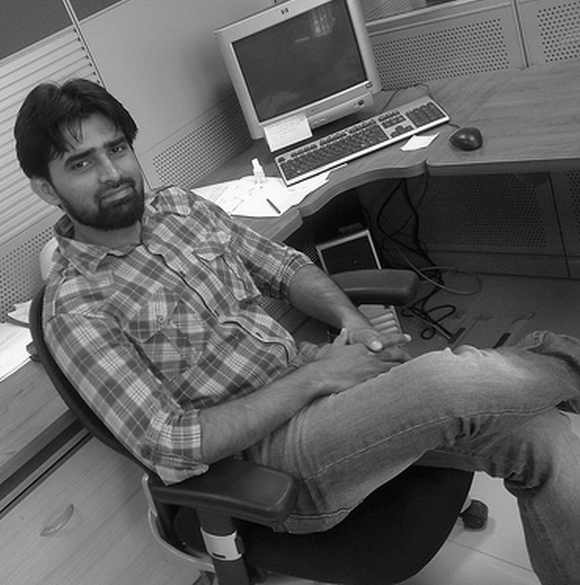 On the investigation front, it was a year that belonged to the Delhi police. Right from the extradition of Jundal and LeT operative Fasih Mahmood, who was involved in the 2010 Chinnaswamy Stadium blast, to cracking cells of the Indian Indian Mujahideen, it was the special team of the Delhi police that led from the front.

The deportation of Fasih Mahmood and his arrest on October 22 was considered a huge achievement for the Delhi police, which was looking to bust the Indian Mujahideen. His name was revealed during the interrogation of four IM operatives who were arrested in 2011.

The Delhi police picked up at least 17 Indian Mujahideen operatives who spilled the beans on the operation of the new Darbhanga module in Bihar. Investigations showed that Yasin Bhatkal, a top operative of the IM, had set up this module with the help of Fasih Mahmood after the modules in Uttar Pradesh and Maharashtra were under the scanner.

The IM was resurrected in Bihar with the help of illegal immigrants who acted as foot soldiers for the new module.

India's war against terror in 2012: The Samjhauta Express case 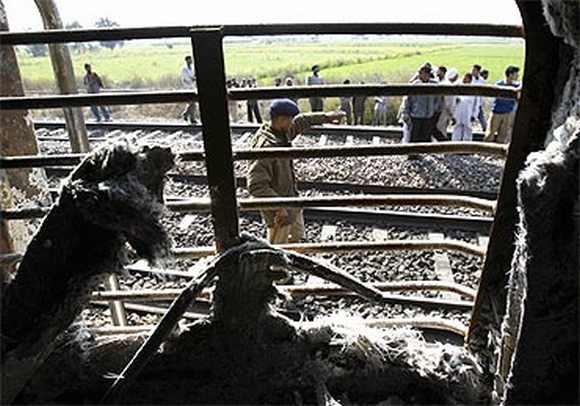 There were inroads made in the Samjhauta Express case by the National Investigation Agency.

Last year, Kamal Chauhan, one of the four men who planted a bomb on the Samjhauta Express, which killed 68 people, mostly Pakistani civilians and Lokesh Sharma, also involved in the attacks, were arrested.

In early December, the NIA arrested Rajendra Chowdhary, also suspected to have planted a bomb on the train.

According to the NIA, the same module masterminded the Mecca Masjid and Ajmer blasts and the murder of Sunil Joshi, a right-wing extremist and former RSS pracharak. 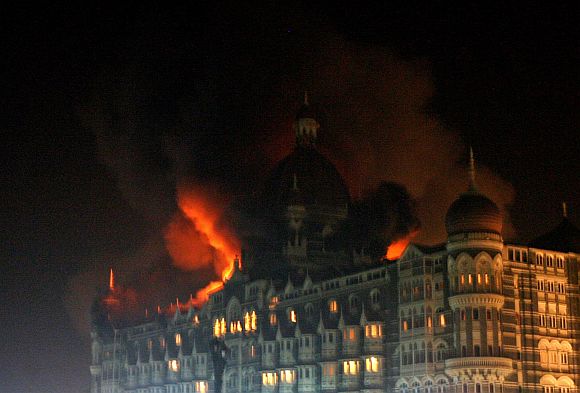 Even with the execution of Kasab and the arrest of Jundal, the road ahead is bumpy. The two significant events in 2013 will be the NIA's visit to Pakistan and the sentencing of LeT operative David Headley.

The NIA's visit to Pakistan to question some of the witnesses and also the investigators is being watched with keen interest. In Pakistan, some of the inspectors involved in the investigation have confessed that its soil was used to plan the attack and this has generated a lot of interest in India.

The sentencing of Headley, which is scheduled for January 15, is of immense important to India. The NIA has filed its chargesheet against him and the sentencing by the US court, if in favour of India, will add to the case.

Although futile, India plans to make another extradition request for Headley, who has entered a plea bargain with the US. If the extradition plea is rejected then the NIA will look to questioning him further bases on the investigation of Abu Jundal.

They will also try and seek custody of Tawahhur Rana, Headley's accomplice, who has not been found guilty by the US court in the 26/11 attack. Rana too faces a sentencing by the US court on January 15, but in connection with the Mickey Mouse plot, the attack on a Danish newspaper for publishing cartoon of Prophet Mohammed.

The NIA also faces an uphill task to establish the connection of Pakistan's Inter-Services Intelligence to the 26/11 attacks. It has named several officers in its chargesheet, but investigators suffered a setback when the US told a court hearing a law suit that it did not plan on furthering the case against the spy agency and added that it enjoyed immunity.