Sign in  |  Create a Rediffmail account
Rediff.com  » News » Will give up my life, but will not accept orders from Centre: Kejriwal

Will give up my life, but will not accept orders from Centre: Kejriwal 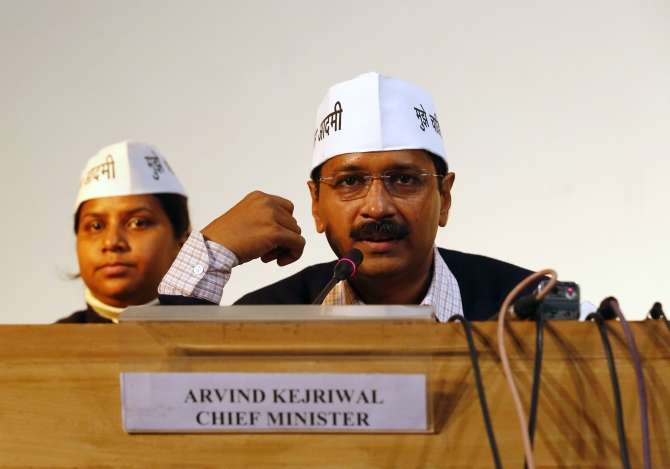 Aam Aadmi Party leader Arvind Kejriwal on Friday resigned as Delhi Chief Minister after he failed to pass the Jan Lokpal Bill in the Delhi Assembly.

Kejriwal said his party would take its fight against corruption to the Lok Sabha, in effect hinting at his plans for a larger political platform.

Arvind Kejriwal, who has been Delhi CM for less than two months, addressed the Delhi Assembly on Friday evening amidst high drama when he tried to table the Aam Aadmi Party government’s flagship Jan Lokpal Bill.

Defying Lieutenant Governor Najeeb Jung's reservations over the bill, the Delhi CM tabled the bill, and pandemonium took over the assembly as a united opposition and BJP took on the Delhi CM.

'Why are you breaking the mike, why are you tearing up documents' 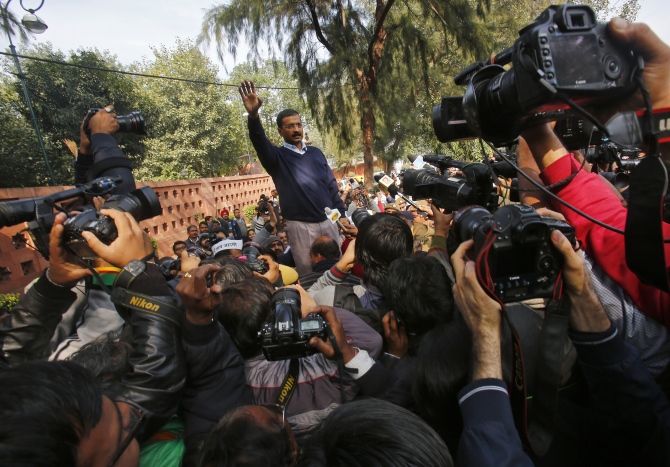 He said the assembly is like a temple, a place of worship. He said nobody tears up the Gita or Koran like the way papers are torn to bits in the assembly.

It was his first address to the assembly since the session convened on Friday morning.

Arvind Kejriwal apologised in the Assembly, he said he was sorry if he has hurt anyone but said he was upset at the proceedings in the house.

Arvind Kejriwal said he had tried his best to pass the Jan Lokpal in the assembly but failed. He said this was his party’s last session.

'We need to clean up politics both from inside and outside' 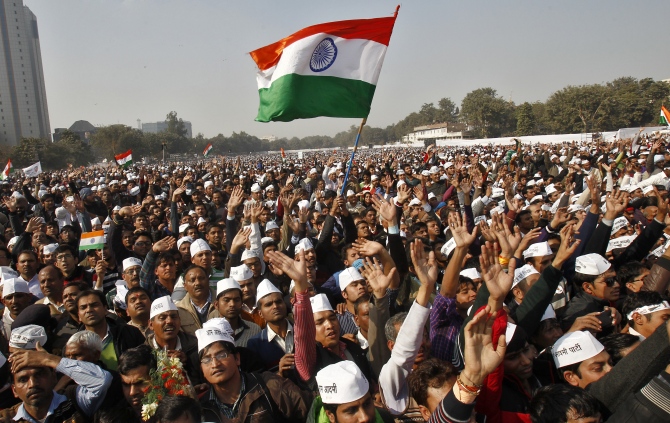 Kejriwal told the assembly that he was ready to quit as CM not once but a 100 times in his fight to end corruption.

Kejriwal said that the law states that there is no need to take permission from the L-G or the Centre to pass bills.

"We need to clean up politics both from inside and outside," he said.

"Will give up my life, but will not accept orders from the Centre," he said. Waving a copy of the Constitution, Kejriwal says he did not disrespect the law.

The Delhi assembly on Friday was adjourned sine die.

Kejriwal claimed he was targeted because he had brought up the issue of gas pricing.