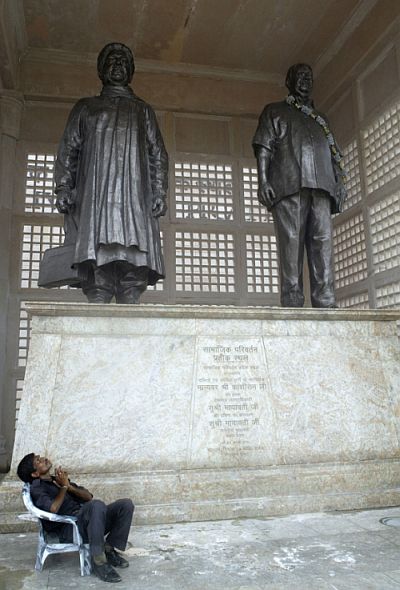 Image: A security guard sits in front of bronze statues of Mayawati and Kanshi Ram, founder of the Bahujan Samaj Party, in Lucknow
Photographs: Pawan Kumar/Reuters Sharat Pradhan in Lucknow

Uttar Pradesh Lokayukta has indicted 199 government officials, including two ministers, in the Rs 1,410 cr memorial scam. However, the omission of then chief minister Mayawati from the list has raised eyebrows. Sharat Pradhan reports

Uttar Pradesh Lokayukta Justice N K Mehrotra stunned all and sundry on Monday evening when he gave a clean-chit to Bahujan Samaj Party supremo and former chief minister Mayawati in what he termed as a Rs 1410 crore scam in the construction of memorials and parks during the latter's regime at Lucknow and Noida.

Significantly, this comes when the Lokayukta pointedly accused Mayawati's two cabinet ministers -- Naseemuddin Siddiqui and Babu Singh Kushwaha -- in the bungling of these memorials and parks, built at a cost of over Rs 7000 crore.

Together with these two former ministers known for their proximity to Mayawati, as many as 197 state government officials have also been indicted for committing large scale financial irregularities, particularly in the purchase of expensive stone for the memorials.

He said, "None of the witnesses at any stage said anything to suggest that Mayawati gave her nod to the bungling."

He, however, hastened to add reluctantly, "Well, it is another matter that since Mayawati was heading the government of the day, she will have to take responsibility." 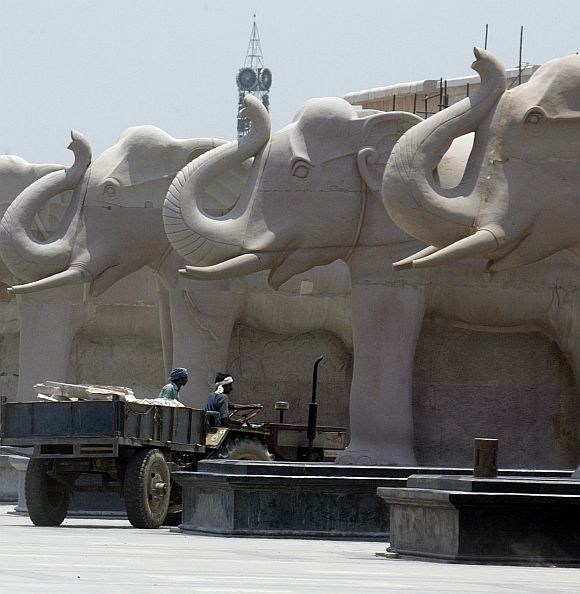 Interestingly, Mehrotra's list of 199 accused does not include a single IAS officer, who were known to have actually supervised the entire operation in which large scale misappropriation of funds was common knowledge from day one.

Surprisingly, while describing IAS officers as "mere spectators", he has not questioned why none of them turned a blind eye to the blatant financial irregularities being carried out directly under their nose.

The only senior government official to be nailed by the Lokayukta was C P Singh, who was known to have amassed millions during his long stint as managing director of Rajkiya Nirman Nigam, the state government's key construction agency that carried out bulk of the work.

"The misappropriation was carried out through over-invoicing" Mehrotra told media persons, while suggesting a CBI probe into the scam.

"Either the CBI should be asked to probe this or an inquiry be handed over to an independent agency not under the control of the state government," he emphasized.

He, however, recommended "recovery of the siphoned off Rs 1410 crore of which about Rs 500 crore was understood to have been allegedly pocketed by Naseemuddin alone. 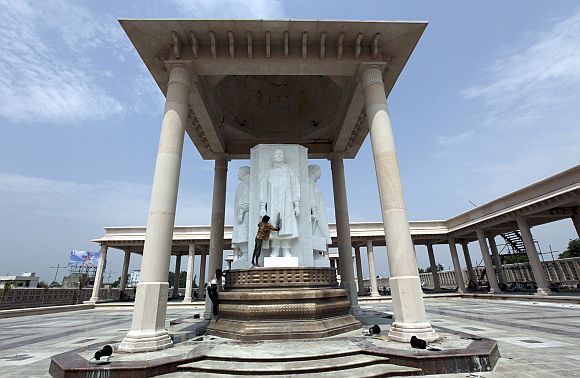 In his report submitted to Chief Minister Akhilesh Yadav, he has recommended immediate registration of criminal cases under the Prevention of Corruption Act against 19 persons, including the two ministers, the Nirman Nigam MD and a few top engineers.

"What also needs to be done is a deeper probe into the assets acquired by the remaining 180 engineers and other officials besides two former MLAs Sharda Prasad and Anil Maurya as well as sitting MLA Ramesh Chandra Dube, who were known to have received huge financial benefits in the supply of sandstone," he has pointed out.

The Lokayukta's report points out that most of the meetings in connection with the projects were held either under the chairmanship of Naseemuddin, who held multiple portfolios including the ministries of public works and housing, under which bulk of the work was carried out.

Kushwaha's involvement in the scam was found to be essentially in the purchase and sale of pink stone and granite, in his capacity as minister for mines. 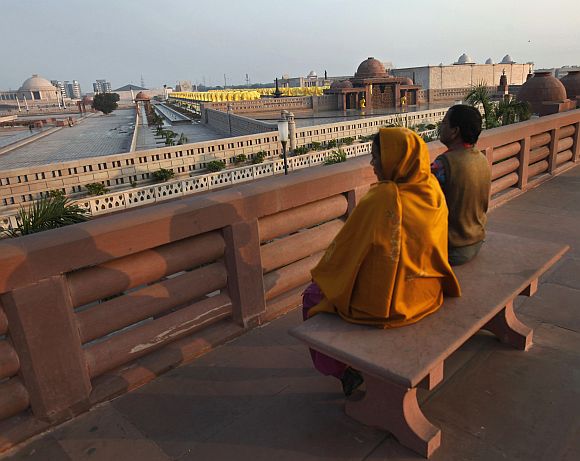 According to Mehrotra, "At least 34 per cent of the Rs 4148 crore shown to have been spent on memorials in Lucknow alone was clearly siphoned off by those involved in the construction activity."

Pointing out the different ways adopted by the ministers and officials to pilfer money, the Lokayukta said, "Money was siphoned off also in the name of transportation."

According to him, "Sandstone was shown to be carted from mines in Mirzapur to Rajasthan for cutting and finishing when 29 machines were installed in Mirzapur itself. Therefore a lot of money was also pilfered in the name of transportation of stone."

The Lokayukta has also drawn grave insinuations against the Economic Offences Wing that was initially entrusted with the probe into this scam.

"The EOW, in fact, tried to dilute the entire probe and was particularly protective of certain officials, particularly the MD of Nirman Nigam," he added.