Sign in  |  Create a Rediffmail account
Rediff.com  » News » PIX: This Soviet nemesis in Afghan war may come to India

PIX: This Soviet nemesis in Afghan war may come to India 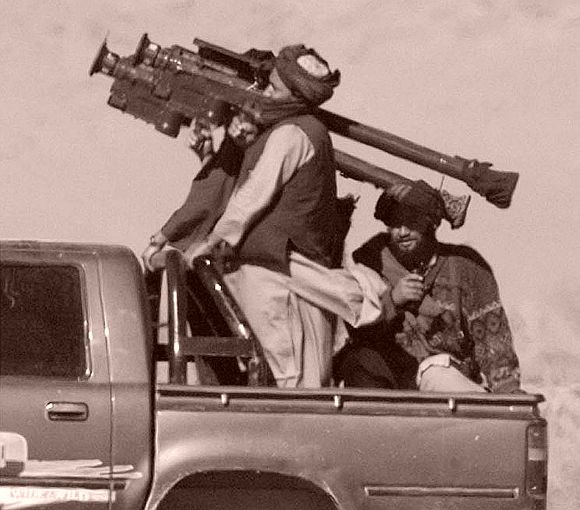 The United States has offered the air-to-air version of its famous Stinger missile to India as part of the weapons package proposed for the 22 attack helicopter deal of the Indian Air Force.

The surface-to-air version of the Stinger missile is widely credited for the collapse of Russian helicopter fleet in Afghan war in 1980s and was also used by Pakistani troops to bring down an IAF Mi-17 helicopter during the Kargil war in 1999.

"We have offered the Stinger missile as part of weapons package with the Apache-64D offered by the US government to the IAF's tender for 22 attack helicopters," Brad Barnard, Raytheon's business development manager for missile systems, told mediapersons in New Delhi.

'These missiles may be equipped on India's indigenous helicopters' 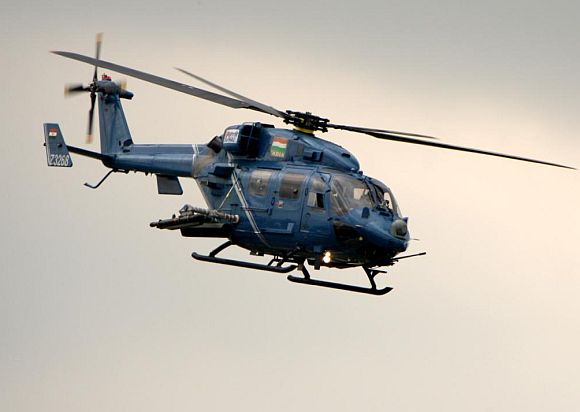 The missiles are offered directly by the US government to India through the Foreign Military Sales route, he said. The IAF is in final stages of the contract and is soon expected to award the contract.

Barnard said Raytheon was also planning to offer the missiles for being equipped on India's indigenous helicopters, which include the Hindustan Aeronautical Limited developed Light Combat Helicopter and Advanced Light Helicopter.

"We are yet to get clearance from the US government for this but we have plans to offer the Stinger for being equipped on Indian helicopters," he said. 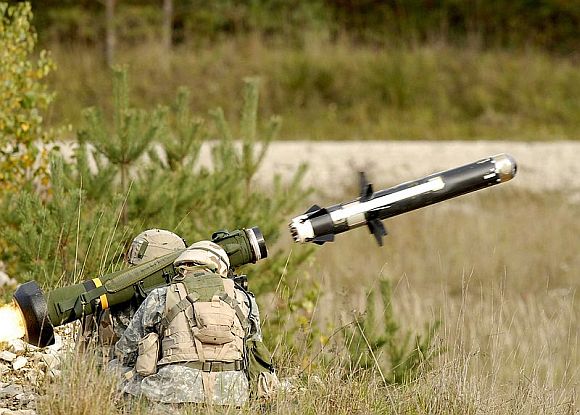 Raytheon India Head William Blair said the company has developed a vehicle-launched version of the Javelin anti-tank guided missile and is in discussion with local major Tata for developing it for Indian requirements.

India is planning to indigenously develop a Futuristic Infantry Combat Vehicle for the requirements of its Army and paramilitary personnel and Tata is expected to be one of the contenders for the contract.