Intelligence Bureau officials fear the low-impact explosion bears all the markings of a typical Indian Mujahideen terror attack and that the terror module is testing the waters before they strike fear into the hearts of the people.

Rediff.com’s Vicky Nanjappa reports how the blast could be an ominous sign of things to come and how the dreaded operative Abdus Subhan is taunting officials.

Even as investigations continue into the Pune blast at Dagdusheth Halwai Ganapati temple, which injured five people, there is a fear among security officials. The name of Abdus Subhan is emerging, sending shivers up the spine of the authorities.

They fear that this dreaded and feared terrorist, believed to the technical head of the Indian Mujahideen, is behind the explosion and that it is a sign of things to come. Authorities speaking to Rediff.com say that the low-intensity blast is a signature of Subhan, who is so deadly that he even taunts officials by sending messages to them before the attacks, saying ‘catch me if you can.’ In fact, Subhan had sent out a similar taunt to the Gujarat police right before the 2008 Ahmedabad serial blasts, say authorities. 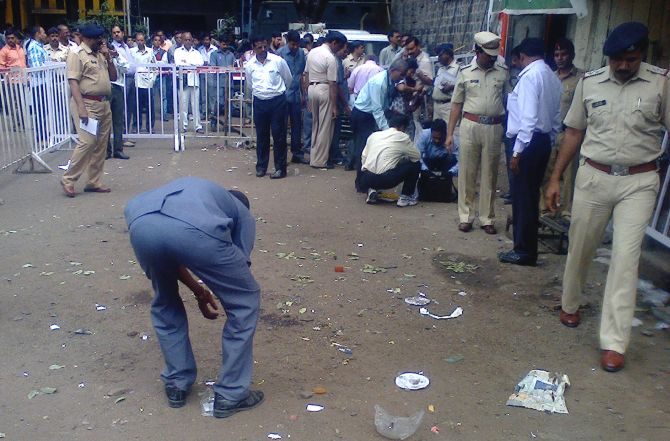 Intelligence Bureau officials say that even though it has taken the Maharashtra Anti-Terrorist Squad two days to even acknowledge a terror angle, there are enough indicators to show that this was in fact, a terror attack and the beginning of the resurgence of the Indian Mujahideen.

They say that the explosion was deliberately of low impact and this is very typical of the IM which often tests the waters before it seeks to make a comeback. Officials add that another reason that the IM was responsible for the blast was that even in the past, Subhan has targeted security agencies. In Ahmedabad and in the Delhi blasts of September 2008, he targeted the security agencies and challenged them.

Moreover, through the blast Subhan has sent out a call to all other IM operatives who were inactive owing to the arrests of top IM leaders such as Yasin Bhatkal, Tehsin Akthar, Assadullah Akthar and Waqas Ahmed. 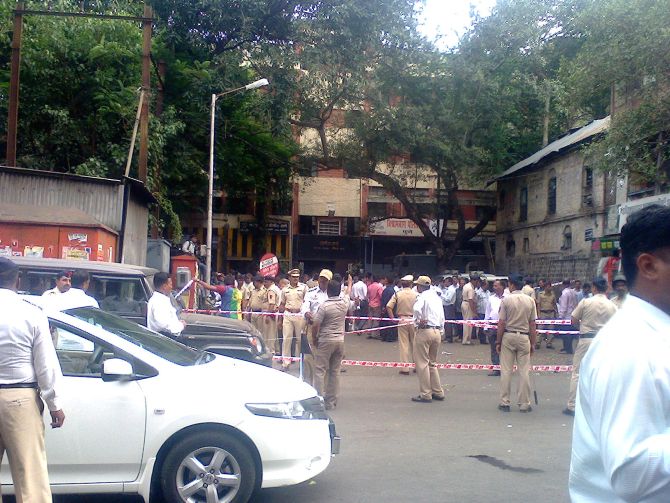 IB officials add that the blast is certainly a sign of things to come and the resurgence of the terror module. In fact, authorities have been able to track mails between Subhan -- who is hiding in Karachi-- and other operatives in India and their aim to rise up and spread their terror around the nation.

They further added that the Pune police have been extremely lethargic and hence, Pune has become a soft target.

Further reports suggest that in the explosion was testing the waters, as the IM plans to attack Prime Minister Narendra Modi just as they had attempted during the Patna blasts last year.

However, these are long-term plans and the immediate agenda for the IM is to regroup and the blast has given them just that opportunity to get things in order while officials scramble owing to the blast, concluded an IB official.