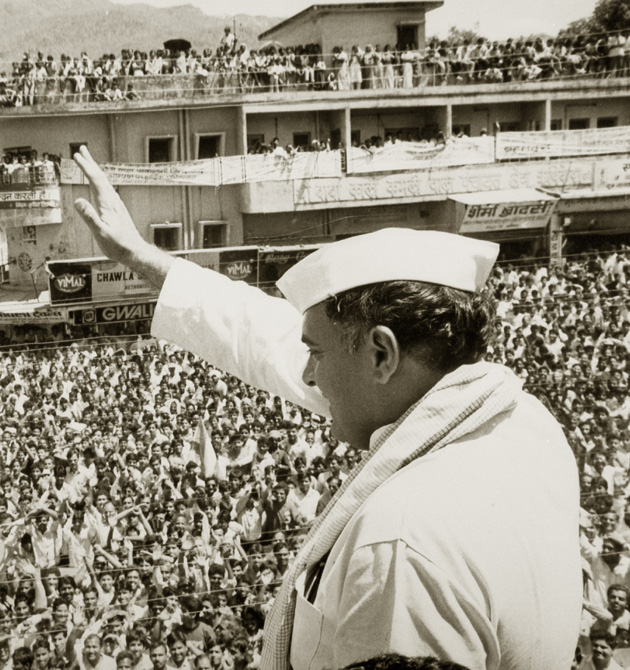 Image: Former Indian PM Rajiv Gandhi waves to the crowd during a campaign on May 4, 1991.
Photographs: Reuters

The Rajiv Gandhi assassination shook the nation in May 1991 in the middle of a heated election campaign. Rediff.com brings you a chronology of the more than two decade-long case, which is in the news again after the Supreme Court stayed the execution of three of the accused in the case. The Tamil Nadu government now wants to free all the seven accused in the case, a move stalled by the SC on Thursday.

Twenty-four years after the assassination of former prime minister Rajiv Gandhi, the Supreme Court on Tuesday commuted the death sentences of three condemned prisoners to life imprisonment, on the ground of 11 years delay in deciding their mercy plea by the Centre.

Rajiv Gandhi was killed in May 1991. His assassins were convicted by a Terrorist and Disruptive Activities (Prevention) Act court in January 1998 and were awarded the death sentence, which was confirmed by the apex court May 11, 1999.

The SC bench said they are unable to accept the Centre's view and commuted the death sentence of convicts -- Santhan, Murugan and Perarivalan -- to imprisonment for life subject to remission by the government.

How it all started: The Sri Lanka conflict 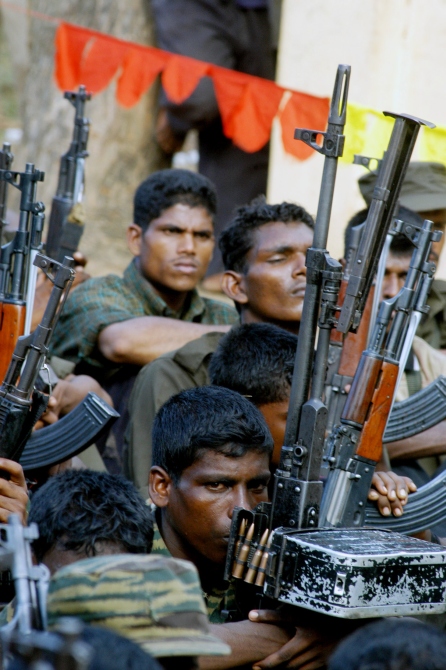 Image: Tamil rebels keep watch during funeral procession of a slain commander at a Tamil rebel-controlled area in Batticaloa, eastern Sri Lanka in this photograph taken on May 24, 2006.
Photographs: Buddhika Weerasinghe/Reuters

On July 29, 1987, then Indian prime minister Rajiv Gandhi and Sri Lankan President J R Jayawardene signed the Indo-Sri Lanka peace accord, expecting to resolve the then ongoing civil war in that country.

How the assassination was carried out 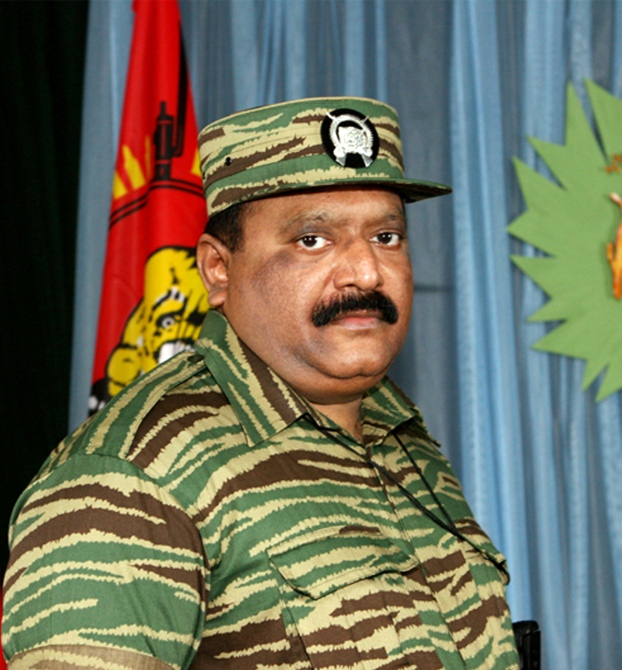 Realising that it would be near-impossible to kill Rajiv once he became prime minister, the LTTE decided to strike while his security status was still that of an opposition leader. 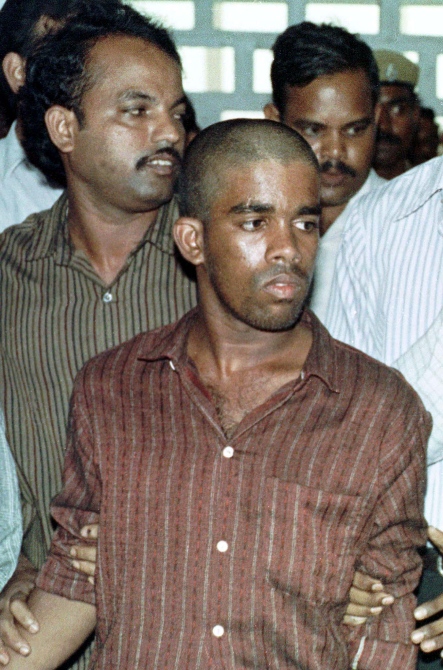 The state police registers a case and recovers the camera which filmed the assassination and other evidence from the scene. D R Karthikeyan, former special director of the Central Bureau of Investigation, visits the scene of blast.

The CBI forms the Special Investigation Team. Karthikeyan takes over as the SIT chief. Judge S M Siddick appointed judge of the designated court to try the case.

Sivarasan, stand-by assassin Subha, Nalini and two others visit Tirupati, worship and return the next day.

Sivarasan packs up Subha to Pollachi. She returns to the city later.

Nalini, the first accused, and her husband Murugan arrested.

Sivarasan, Subha and others escape in an empty tanker from Chennai to Bangalore. They reach Bangalore the next day.

The SIT traps Sivarasan and others in their Konanakunte hide-out in suburban Bangalore. Sivarasan kills himself and Subha and five others consume cyanide and die.

Rangan, the last accused in the case, arrested.

Pre-trial begins in the high security prison at suburban Poonamallee.

Charges framed against the accused. 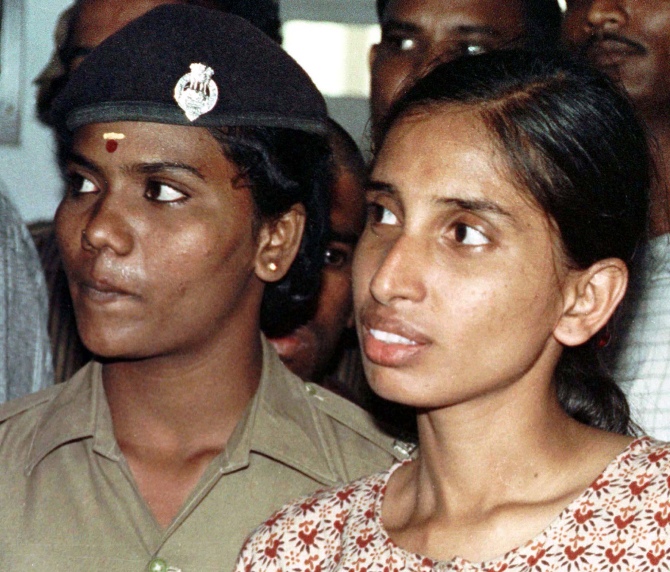 Image: Nalini (right) seen in a court in Chengalpattu in this photograph taken on June 15,1991.
Photographs: Reuters

In-camera trial and examination of witnesses begins on January 19, 1994.

Questioning of the accused based on the deposition of the witnesses begins.

Prosecution begins summing up of the case and ends it on August 11, 1997.

The Supreme Court starts hearing death appeals of all the 26 accused.

The SC panel confirms the death sentence of Nalini, Santhan, Murugan and Perarivalan.

LTTE accepts the responsibility of the assassination of Rajiv.

Subsequently, after a 26-year military campaign, the Sri Lankan military defeated the Tamil Tigers in May 2009, bringing the civil war to an end.

Eleven years after the Supreme Court confirmed the death sentence of Murugan, Santhan and Perarivalan, the then President Pratibha Patil, rejects the mercy plea of the three death row convicts

The Madras high court puts a stay order on the death sentence of the three convicts.

Supreme Court commutes their death sentence to life imprisonment on the ground of 11 years delay in deciding their mercy plea by the Centre. The Tamil Nadu government wants to release all the convicts, who have spent 23 years in jail.

SC stays the decision of the state government to release the convicts.