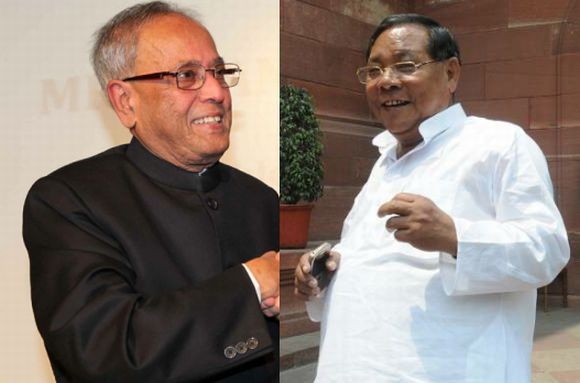 Pranab Mukherjee and P A Sangma will file their nominations on Thursday, setting off the presidential race between the United Progressive Alliance and the Bharatiya Janata Party-backed opposition candidate in which the ruling alliance is set for a runaway victory.

Unfazed by Trinamool Congress chief Mamata Banerjee's revolt, UPA will utilise the occasion of filing of nomination of Mukherjee to project a united picture and its penetration into the National Democratic Alliance.

Mukherjee will file papers at 1100 hours in the presence of UPA top brass, including Prime Minister Manmohan Singh and Congress chief Sonia Gandhi. 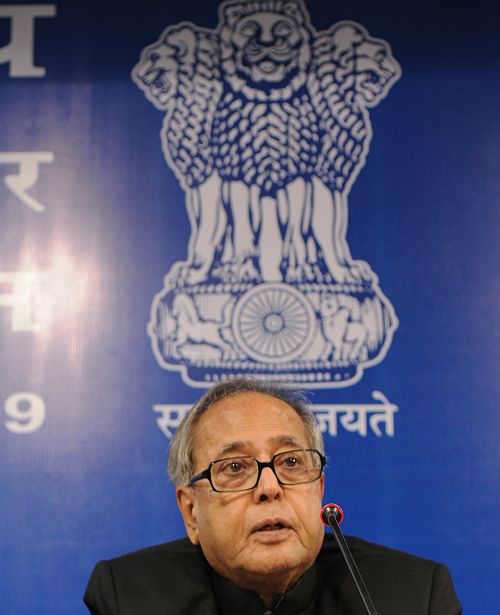 NDA allies Janata Dal-United and the Shiv Sena have decided to support Mukherjee.

Mukherjee is expected to file four sets of nomination papers and NDA convenor and JD-U chief Sharad Yadav is the first signatory to one such set, which also has the signature of Defence Minister A K Antony.

77-year-old Mukherjee is poised to become the next President amidst indications of an overwhelmingly favourable arithmetic and the election managers of UPA are working overtime to secure record votes for him.

The timing of filing of the nomination by 64-year-old Sangma has not yet been given out by his office. He is likely to be accompanied by senior BJP leaders, Janata Party President Subramanian Swamy and senior MPs from the All India Anna Dravida Munnetra Kazhagam, Biju Janata Dal and Shiromani Akali Dal, among others. 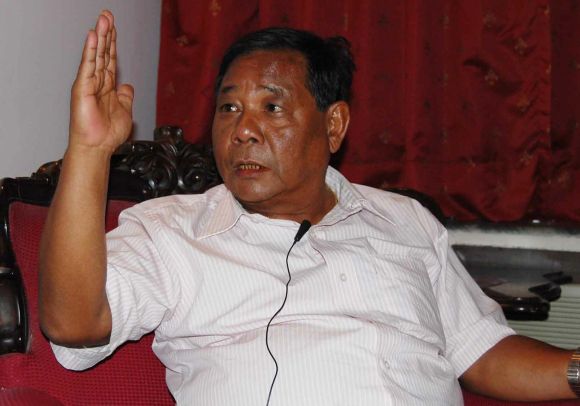 Sangma, a tribal Christian leader from Meghalaya, who recently quit NCP to enter the Presidential fray, had on Tuesday met Mamata Banerjee in Kolkata to seek TMC support.

However, TMC was non-committal on the issue and there are indications that it may abstain. The Jharkhand Mukti Morcha has already decided to back Sangma.

Meanwhile, Mukherjee on Wednesday met NDA convener Sharad Yadav to thank him for JD-U's support to his candidature.

UPA sources said efforts are on to ensure that SP supremo Mulayam Singh Yadav, who had helped the alliance by parting ways with TMC on the Presidential poll issue, is present at the time of filing of papers.

Though Congress leaders have also requested the JD-U chief to be present on the occasion, sources close to Yadav said that he will not be there. 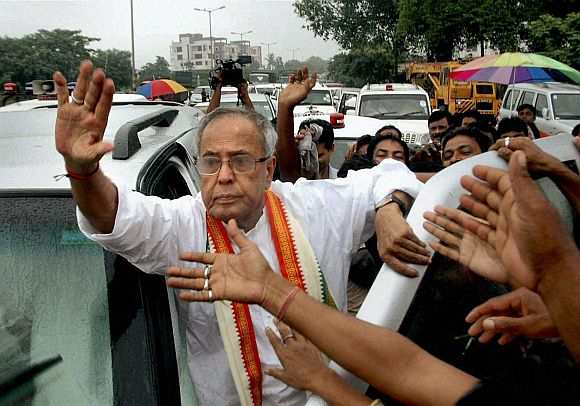 Congress leader Rajiv Shukla met BSP supremo Mayawati on Wednesday and took her signature on the letter of support to Mukherjee.

Mayawati said that BSP had supported Pranab's candidature and she would ensure that besides Uttar Pradesh, wherever the party had MLAs and MPs they should vote for him.

UPA election managers said that as per the latest assessment, Mukherjee could be securing a minimum of seven lakh vote value out of the total 10.98 lakh. They said efforts were being made to see that Mukherjee is elected with a record margin.

A 12-member coordination committee constituted by Congress to finalise the campaign programme and strategy of the UPA's presidential candidate had its meeting in New Delhi on Tuesday, which decided that Mukherjee will visit the maximum number of states particularly those with higher number of votes in the presidential electoral college.

Mukherjee will launch his campaign from Chennai on June 30. Smaller states from the north east will be clubbed together during the campaign with one set of leaders visiting those places.

Union ministers will be visiting the states from where they hail to garner support. During his tour, Mukherjee will be accompanied by AICC general secretaries in-charge of the state concerned.