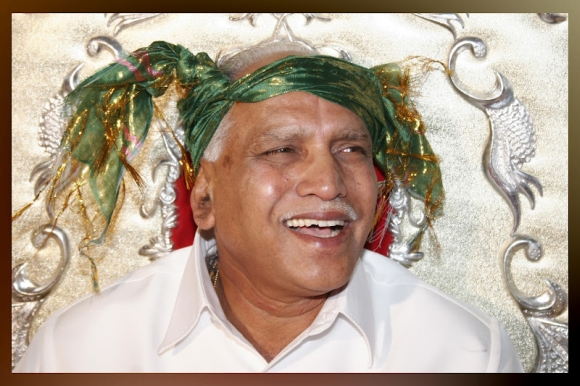 BJP let Yeddyurappa get away with indiscretions as it did not want to rock the boat in Karnataka, says Aditi Phadnis

It was October 2007 and Rajnath Singh was the president of the Bharatiya Janata Party. H D Deve Gowda's Janata Dal - Secular, with 56 Members of Legislative Assembly, didn't have the numbers to form the government.

Deve Gowda was forced to do a deal with the devil -- BJP which had 79 MLAs in a house of 224. The arrangement was: Deve Gowda's son H D Kumaraswamy would rule for two-and-a-half years and yield the chief ministership to B S Yeddyurappa of BJP, then the deputy chief minister.

When the time came for Kumaraswamy to hand over the mantle to Yeddyurappa, he changed his mind. Around the same time, one of his ministers, M P Prakash, broke away from JD-S. Karnataka was faced with President's Rule. Rajnath Singh saw this as an opportunity: the party could go to town, shouting it had been betrayed by JD-S and sweep the elections.

But Yeddyurappa was having none of that. It was his moment in the sun, after all. He ran to Delhi to beg, plead, cajole...do anything to let him become chief minister.

Rajnath Singh told him, "Mr Yeddyurappa, you SHALL NOT become chief minister". 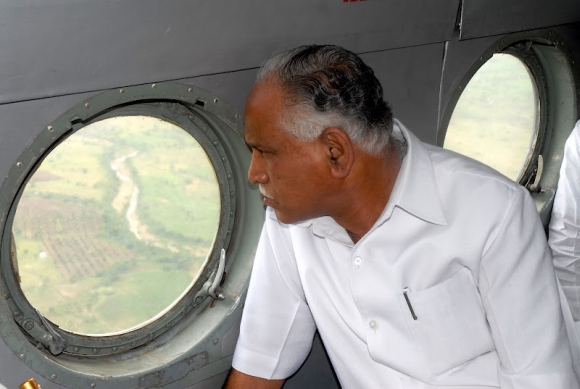 Yeddyurappa returned to Bangalore and staked his claim to become the chief minister of a minority government. That government lasted a week, President's Rule was declared and elections followed in April 2008.

That was the first sign that Yeddyurappa had come into his own -- he was going to be bullied by no one, advised by no one and would continue to be his own man.

Ironically, this resolve broke down when it came to his sons, ultimately leading to a jail term for him. But that's a secondary story. The fact is that he continues to be, for BJP, the most important man in Karnataka.

There are several reasons for this.

Yeddyurappa is a Lingayat. Two castes -- Vokkaliga and Lingayat -- have been dominant social groups in Karnataka since the state was created in 1956. The tussle for power between these two communities has never been a secret. 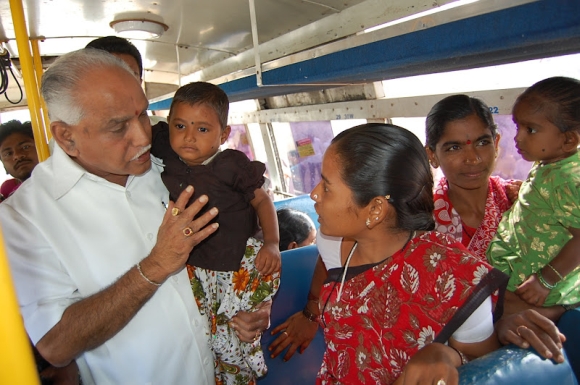 The last memorable Lingayat chief minister of Karnataka was Veerendra Patil when the Congress was in power in the state in the 1980s. Patil suffered a stroke while in the saddle and was unable to function for several months.

Rajiv Gandhi, then prime minister, ordered his replacement. Patil died soon thereafter, his community said, of a broken heart, and the Lingayats promised to avenge the humiliation of the community and their leader. They moved en masse to BJP.

Between the 1980s and the decade of 2000, a lot had changed in Karnataka's political landscape. The state -- especially the Hubli-Dharwad-Mangalore region --had always been strongly Hindu majoritarian.

During L K Advani's rath yatra, one of the largest contingent of kar sevaks was from north Karnataka. This is the region to which Yeddyurappa belongs. Unlike the topography of south Karantaka -- the fertile rich alluvial plains of Hassan and Mandya -- north Karnataka is poor, arid, badly irrigated and always on edge, perched on a communal tinder box. So this was fertile breeding ground for the growth and development of BJP. 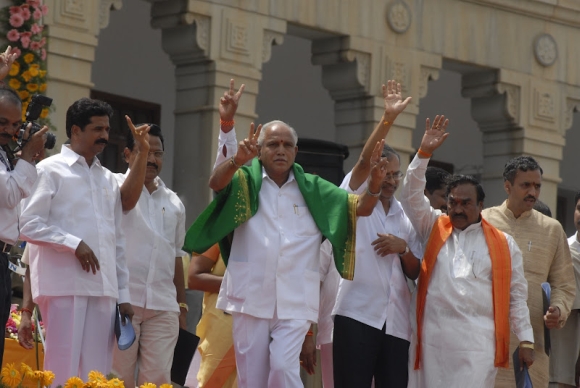 Yeddyurappa began his political life as secretary of the Rashtriya Swayamsevak Sangh in his village, Shikaripura. He then became the taluka president of Jana Sangh and, later, president of the town municipality of Shikaripura. He was arrested during the Emergency of 1975, and in 1983, he contested and won the Shikaripura assembly seat, which he has represented five times since.

He might have been just that -- another influential BJP MLA -- had a dispute not broken out in the party between Anantha Kumar and Dhananjaya Kumar. They were rival upper castes. But in Yeddyurappa, the entire Lingayat community saw another Veerendra Patil.

BJP salivated at the thought of getting a foothold in a state in the south. Moreover, this was not just urban centres -- the party saw its rural base growing. So they gave in to Yeddyurappa, indulged his every whim. No one said a word, for instance, when for the first time in the history of Karnataka, a bequest for a Lingayat Mutt was made in the state budget.

If it had stopped at mutts, it would have been one thing. But Yeddyurappa's bounty knew no bounds after the 2008 assembly elections which BJP swept. He doled out contracts, offered ministerships and denotified land with an open hand. The Karnataka Lokayukta finally caught up with him. Yeddyurappa confessed that an illegal iron ore export racket that involved some of his ministers had flourished under his watch. 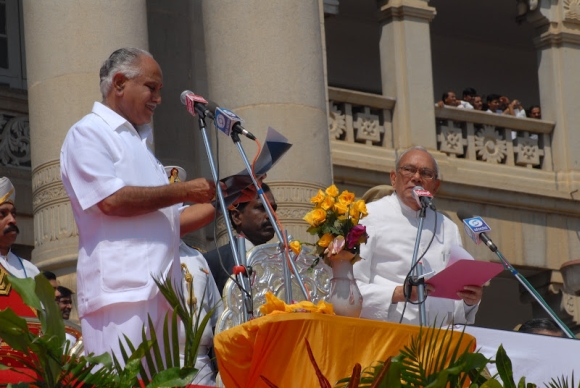 But the Lokayukta also charged him with denotifying government land for his sons, Raghavendra and Vijayendra. Rumours swirled that the BJP brass had warned him not to do this. But Yeddyurappa told friends that he had no choice: he was under too much family pressure. He was arrested in October 2011 and sent to jail. He got bail later, but the case goes on.

Obviously Yeddyurappa could not continue to be chief minister when he had been sent to jail. He then said Sadanand Gowda should be made chief minister. A Vokkaliga, but from a small sub-caste, Yeddyurappa thought Gowda would be biddable -- he had no mass base (he had to be elected to the council because no one would vacate his assembly seat for him) -- and be the person through whom Yeddyurappa could manipulate his legal cases.

But Gowda proved to be his own man. So when Yeddyurappa got bail and wanted his old job back, Gowda said he wouldn't move. Yeddyurappa mounted another rebellion. And the BJP brass gave in. Again.

Now BJP's credibility lies in tatters, but the Congress in Karnataka is unable to get its act together. Assembly elections to Karnataka are due in 2013 but unless the voter in the state has a weakness for masochism, it is unlikely that any party will get a majority. However, till then, Yeddyurappa rules.