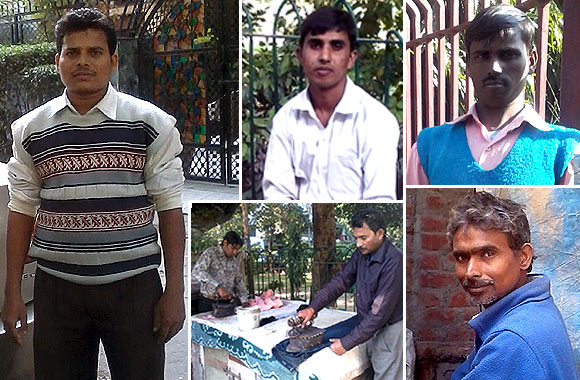 Is Rs 600 enough for a family of five to survive in New Delhi? Chief Minister Sheila Dikshit certainly thinks so.

In a case of grandstanding-gone-very-wrong, Delhi Chief Minister Sheila Dikshit, while launching her government's flagship scheme Dilli Annashree Yojna, claimed that a family of five can fulfill all their needs with a cash subsidy of Rs 600 per month.

Dikshit's outrageous observation -- made in the presence of Congress president Sonia Gandhi -- has received enormous flak.

The chief minister, who her Bharatiya Janata Party opponents say is oblivious to the actual prices of rice and daal, has claimed that she was quoted out of context.

Rediff.com's Priyanka spoke to the aam aadmi in the affluent Nizamuddin East area in New Delhi, where Dikshit lives, and found reactions ranging from disbelief to disappointment at the chief minister's belief on how much money is 'enough' for their survival.

'The money will never reach us' 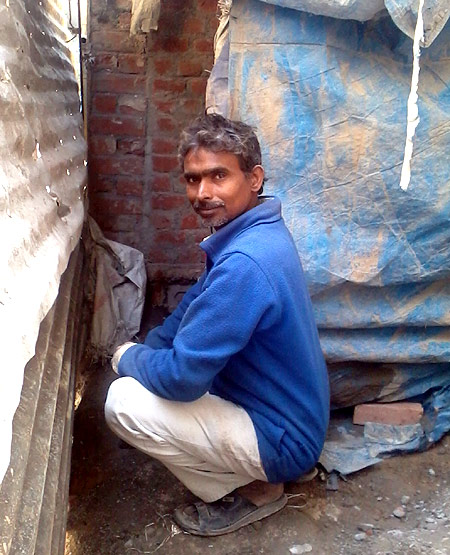 Monthly household expenses: He spends nearly Rs 1000 to Rs 1,200 each month on food. He lives at an under-construction site in Noida. Back home in Bihar, his family tills a small piece of land in their village.

Major part of his expenses is spent on: He sends Rs 3,000 to his family each month.

Can he survive on Rs 600 a month: Naresh Yadav sends his children to a government-run school.

"They just have some fun and come back home," he says.

"I will try to support their education as long as I can with my income, or else they will have to do the same work that I do," he adds.

He does not know about the Annashree Yojana announced by the Delhi government. "What can happen with Rs 600 per month? It is not possible (to manage a family with that amount) at all," he says.

"It will never reach us," Naresh says with bitter conviction. 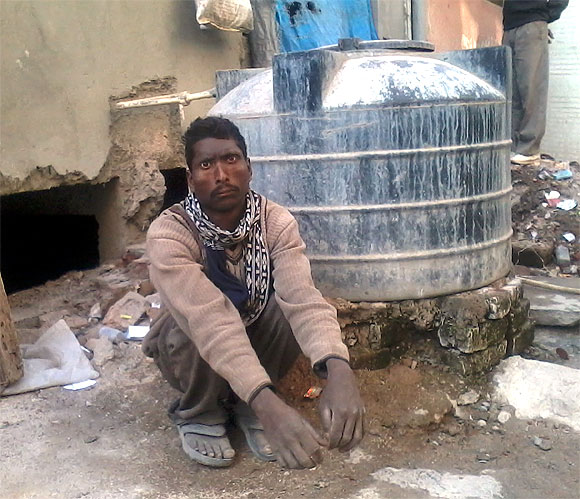 Family: His extended family of eight lives in Bihar.

Monthly wages: He earns nearly Rs 6,000. Apart from working as a daily wage labourer in Nizamuddin East, he also works as well as lives at a construction site in Noida.

Monthly household expenses: His expenditure on food, wheat, rice and vegetables is approximately Rs 1,000. He spends Rs 30 per day on travel.

Major part of the expenses spent on: He tries to send nearly Rs 4,000 to his family back home.

Tiruwani is illiterate. He is not aware of the Delhi government's cash subsidy scheme. 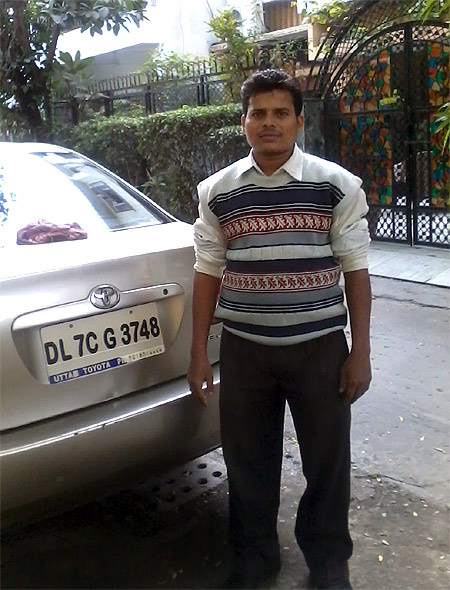 Family: His wife, four children and parents live in Bihar.

Major part of the expenses spent on: He tries to save as much as possible to send Rs 4,000 to his family in Bihar.

Mandal has not heard of the Delhi government's subsidy scheme.

In fact, he has not secured an Aadhar card (which is imperative to avail the benefits of the scheme) as he does not possesses any documents to verify his local residential address.

"Nobody can live on only Rs 600 a month. Such an amount can only work as an additional income," he says.

'The rich can spend as much as they want' 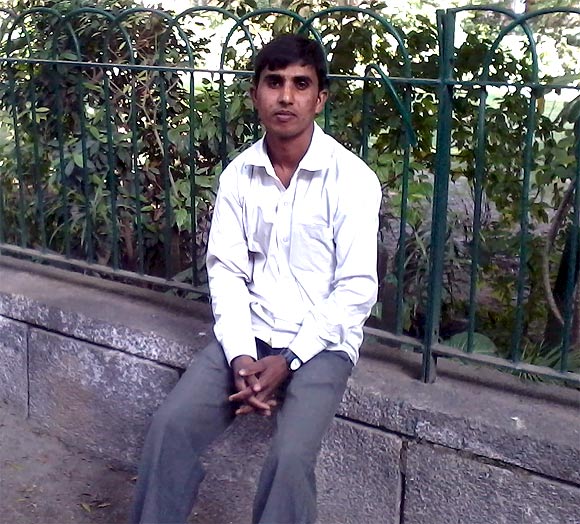 Family: He is unmarried. His elder brother, sister-in-law and their five children live in Bijnaur, Bihar. He has been given a place to stay on the terrace of the home he guards.

Major part of the expenses spent on: He tries to send about Rs 4000 to his family.

"We just heard of this scheme. We don't know whom to ask about it," he says.

"Only the poor are expected to live on such small amounts while the rich can spend as much as they want."

'We can't survive even if we eat Rotis with water' 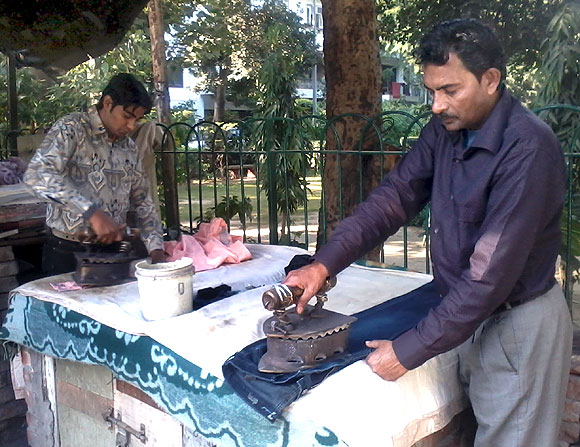 Family: Ishwar Dayal has been ironing clothes in this area for over 28 years now; his son has now joined him. Their family of four, including Gaurav's young son, live in Wazirabad.

Monthly household expenses: The household spend nearly Rs 7,500 each month. Most of it is spend on food, clothes, and coal.

"How is that even remotely possible>" asks Ishwar Dayal.

"Even if two guests visit your house, Rs 600 is instantly spent on them. A single visit to a doctor would easily cost Rs 200. With only Rs 600 per month, we will have to forget about having both milk and tea," he says.

"We can't survive on Rs 600 a month even if we eat rotis with water," he states bluntly. 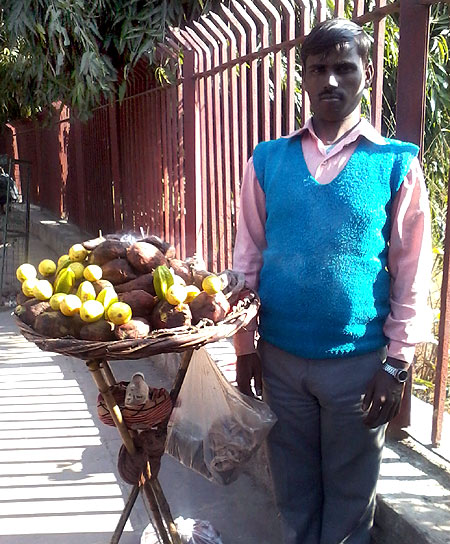 Family: A father of two, Sant Ram lives with his younger son, wife and a younger brother in Sarai Kale, elhi. His elder son, who is five years old, lives with Sant Ram's parents in a village in Aita, Uttar Pradesh.

Monthly wages: He and his brother, who also sells sweet potatoes, earn about Rs 9,000.

Monthly household expenses: Nearly Rs 2,500 is spent on food, another Rs 1,900 on rent and Rs 700 on the phone bill. He can't remember the last time he shopped for clothes.

Major part of the expenses spent on: Apart from the money spent on food, Sant Ram says he spends most of his monthly income on buying kerosene that he uses to cook food. On an average, kerosene worth Rs 90 is consumed daily.

Sant Ram has not heard of the Delhi government's Annashree Yojana neither does he know anything about the Adhaar card.

'This amount is not even sufficient for food' 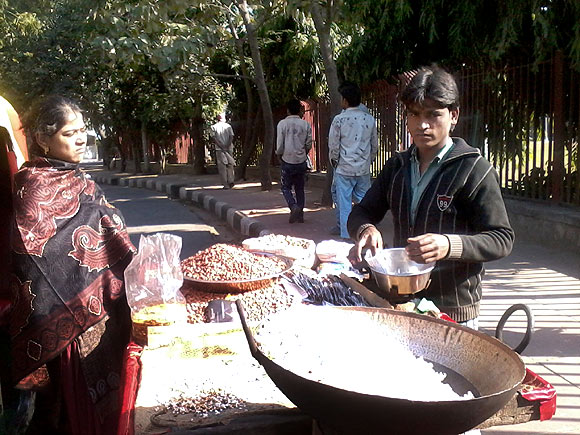 Occupation: He sells popcorn and peanuts in winter and fruits in summer.

Family: Zahid lives in Delhi with six distant relatives. He tries to save as much as possible, goes back home to Bareilly in Uttar Pradesh and stays there till his savings run out, before returning to Delhi.

Major part of the expenses spent on: Zahid does not cook at home and spends most of his income on eating out.

He has not heard of the Annashree Yojana or the Adhaar scheme.

Zahid finds it unbelievable that anybody could assume that one can live off Rs 600 a month.

"This amount is not sufficient to cover the food expenses of one person for a whole month," he says. 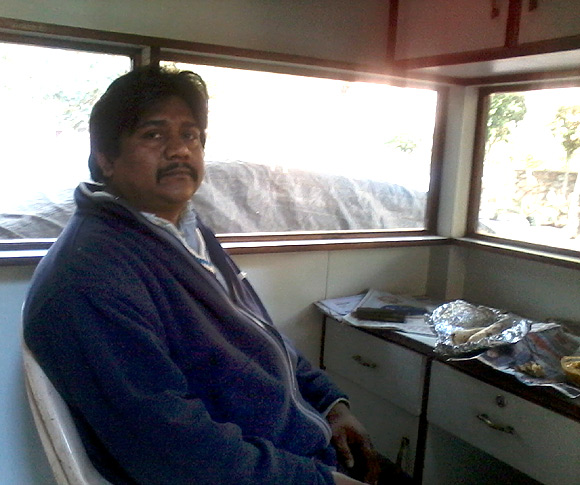 Occupation: Singh works as a security guard on a double shift. From 8 am to 8 pm, he can be found guarding a kothi in a residential colony in Nizamuddin East.

Family: Singh lives with his wife and two children near a building in Karol Bagh which he guards in the night.

Monthly wages: He earns Rs 6,500 from his day job. He does not receive any payment for his night job, but it provides him and his family a place to stay.

Monthly household expenses: He spends most of the amount on the education of his two sons, the purchase of food items and clothes. He spends Rs 600 per month on firewood that is needed for cooking.

Major part of the expenses spent on: "All my money is spent on the education of my children," he says.

Singh has not heard of either the Annashree Yojana or the Adhaar scheme.

"Is this a joke? How can anybody with a family to feed live on Rs 600 per month? Rice, wheat... everything is so costly. How will it be possible," he asks.