Sign in  |  Create a Rediffmail account
Rediff.com  » News » 'We did try telling the terrorists to surrender, but they refused' 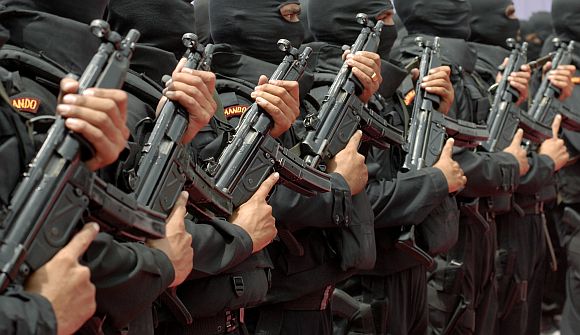 Even as the nation observes the third anniversary of the November 26 terror attacks on Mumbai and remembers those who lost their lives in the bloodbath, we also need to hail the brave commandos of the National Security Guard.

The terrorists were on a rampage until the National Security Guards came into the picture.

J K Dutt, who led the NSG's 26/11 operation, considers it to be one of the toughest that he has undertaken. Today however, he wishes there was a government negotiator who could have forced at least a couple of terrorists to surrender themselves.

An alive terrorist may be a security risk, but he is a hub of information, says J K Dutt in this interview with rediff.com's Vicky Nanjappa

Three years since 26/11 how do you find the security scenario in India?

Firstly, I feel that there is a need to enhance the scope of our anti-terror policy. The recent spate of blasts goes on to show that there is a lot of movement and terror groups are very much active.

'Investigators should think out of the box' 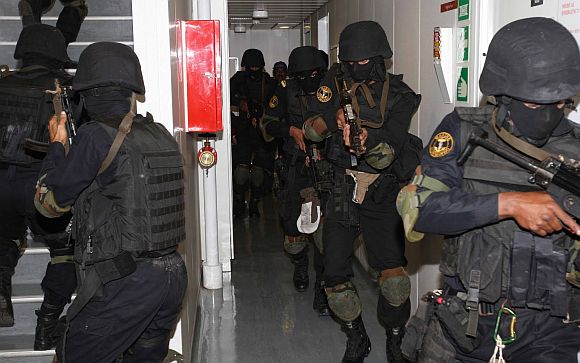 We have found that the terrorists have been choosing their targets carefully and also selectively. We need to prevent this from happening in case we need a secure nation.

What do you think needs to be done?

I also feel that investigators should think out of the box. Terrorists seem to rely more on technology and we need a lot of improvement on that front in order to counter them. Taking the help of private sectors could one solution.

'We have been relying on the leads from US' 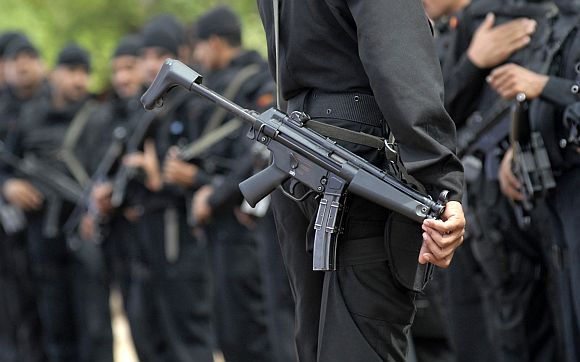 Having placed your lives on the line to fire, do you feel let down by the sub standard investigation carried out by our police?

I think this is too harsh a statement to make. I would agree that there needs to be improvement on some fronts.

For instance, the National Investigating Agency needs to improve some more. Moreover the investigations in the recent blast cases too have not been up to the mark, as they have found no concrete clues.

Moreover on the acquittal of some persons in this case, all I would say is that if this has happened then there has been some gap in the probe.

'Government must put in people's minds that they are safe' 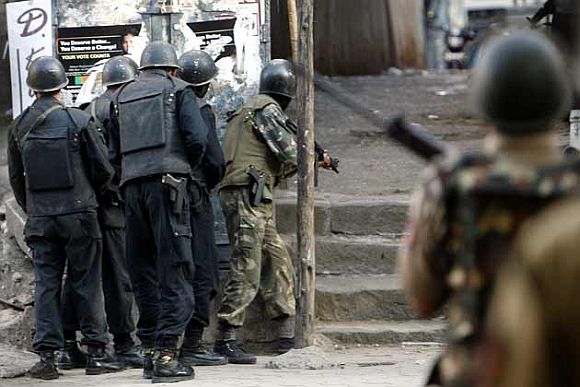 We have found to be wanting on the coastal security front. Do you agree?

I have seen a lot of reports in the media regarding what the government has been doing to enhance coastal security. I wish the government did more to publicise the follow up on this aspect.

They should put into the minds of the people that the security is tight.

The citizen should have no doubts regarding security. There is a need not only to enhance security, but also raise the bar where governance is concerned.

'The brief given to us was to neutralize 10 terrorists' 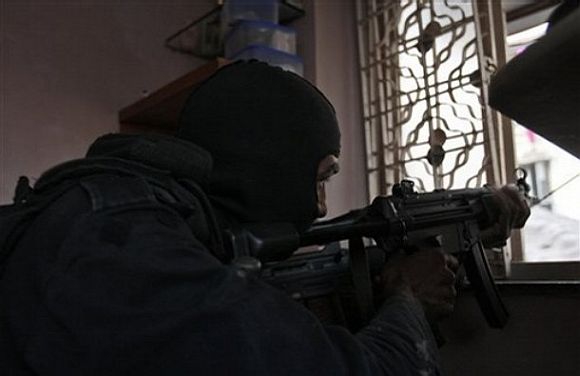 What about the long-drawn judicial process to hang Ajmal Kasab?

There are certain aspects to this. If people feel that the process is long drawn then the government should respond to the sentiments. Many procedures could be cut off in such cases so that the case is completed early.

As per my analysis of the situation there were in all 10 terrorists to battle. However, I would not be too sure about their support system outside or from Pakistan. This is something that the investigators should speak about. The brief given to us was to neutralize the 10 terrorists.

'My objective was clear: There should be no loss of life' 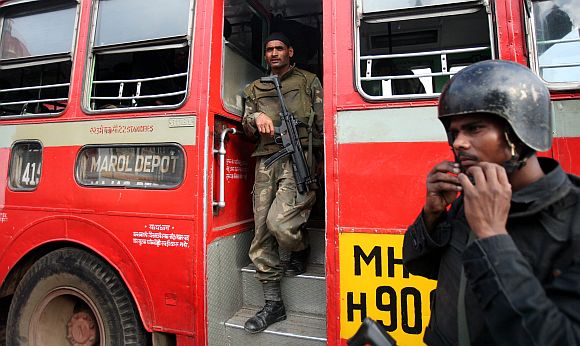 Had there been no delay in communication do you think you could have finished the operation earlier?

This is something that has been spoken about a lot. There have been longer operations than these in other parts of the world with much less terrorists.

However, I would not compare it with any other incident.

I would also not want to blame anyone for this. The only thing we had on mind on that day was to secure all lives. My objective was clear, there should be no loss of life.

I can say with conviction that after the arrival of the NSG there were no innocent lives lost although we lost two of our brave officers.

'We did not even have a proper map of Taj Hotel' 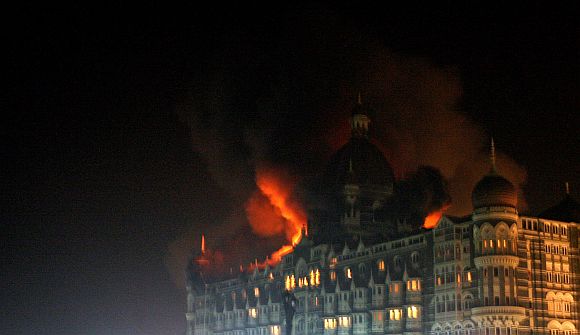 Were the terrorists more prepared once the NSG arrived on the scene?

Not really. They were more on guard, as one of their calls, which was intercepted, warned them about the arrival of the commandos. After this they took their position. We did not know the number of terrorists when we entered into the scene. We also did not have a proper map.

The map of the hotel provided to us had only squares and no indication as to what the square even meant. It could have been a room, a dining hall or a pantry. Hence, it took us some time to figure all this out.

We had to tread with caution while checking the rooms. However, we got to know their location and pinned them down. 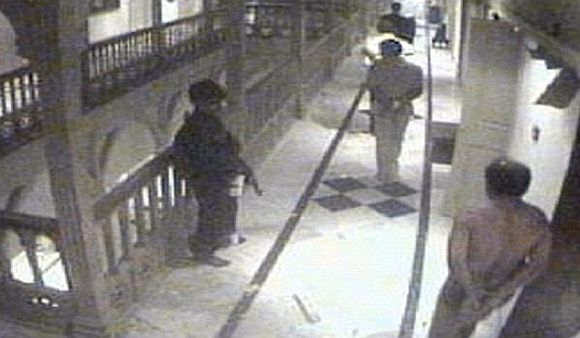 Image: A grab taken from the Taj Hotel CCTV footage shows a terrorist shifting hostages to another room

Were any of the terrorists attempting a hostage crisis?

One telephone exchange revealed that they were trying to do so. This was intercepted and immediately special measures were taken to prevent this.

Did you try to get them to surrender?

We did try and tell them to surrender. However, they refused and continued to hurl abuses at us. I really wish we had a negotiator with us. These negotiators understand the behaviour of such persons and are in a better position to manage a surrender.

'An alive terrorist is a hub of information' 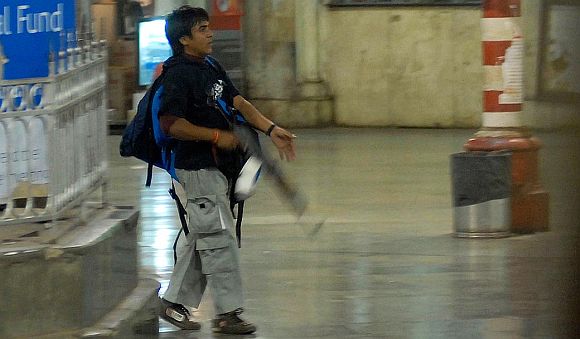 Getting them to surrender meant keeping them alive. Is the amount of Rs 17 crore spent on one terrorist not enough?

Do not look at it that way. An alive terrorist is a hub of information, which we could have used against Pakistan. We would have had more evidence.