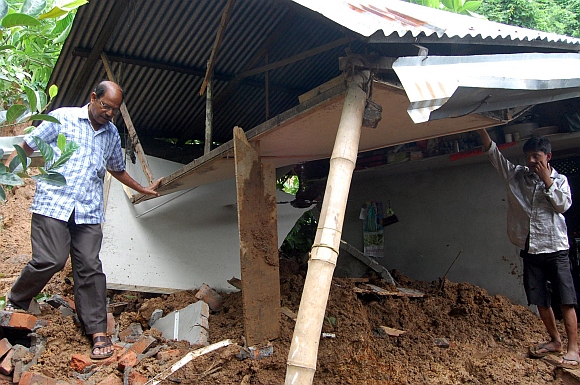 Image: The shattered house after the landslide
K Anurag in Guwahati

The deceased have been identified as Marjina Begum, Jebina Islam and Mainu Islam. So far total seven persons have been killed in three incidents of landslides in Guwahati during last six days.

All these incidents occurred at the foot of hillocks in the city. These hillocks are prone to landslides, but people have been encroaching upon those defying warning issued by the administration. 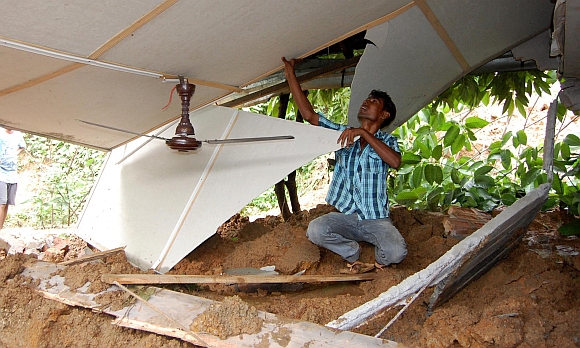 Image: Residents try to salvage their belongings from the destroyed house

Meanwhile, flood continued to wreak havoc in Assam on, as the Brahmaputra and its tributaries have inundated more areas breaching embankments in many places.

Jorhat, Dhemaji, Lakhimpur, Dibrugarh and Tinsukia districts were the worst-hit The flood situation in Assam continued to remain grim forcing the authorities to call in the army and the Air Force even as two more persons died in the deluge taking the death toll to 11. 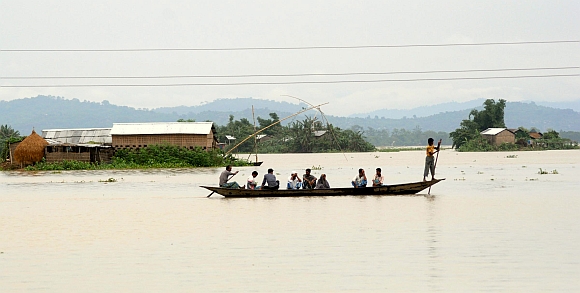 According to official sources, flood water has breached embankments in several districts thereby, submerging vast tracts of cropland and villages.

State disaster management authorities said the Brahmaputra and its tributaries such as Burhidehing, Subansiri, Dikhow, Desang, Dhansiri, Jia Bharali and Kopili were flowing above the danger mark at many places in eastern Assam. 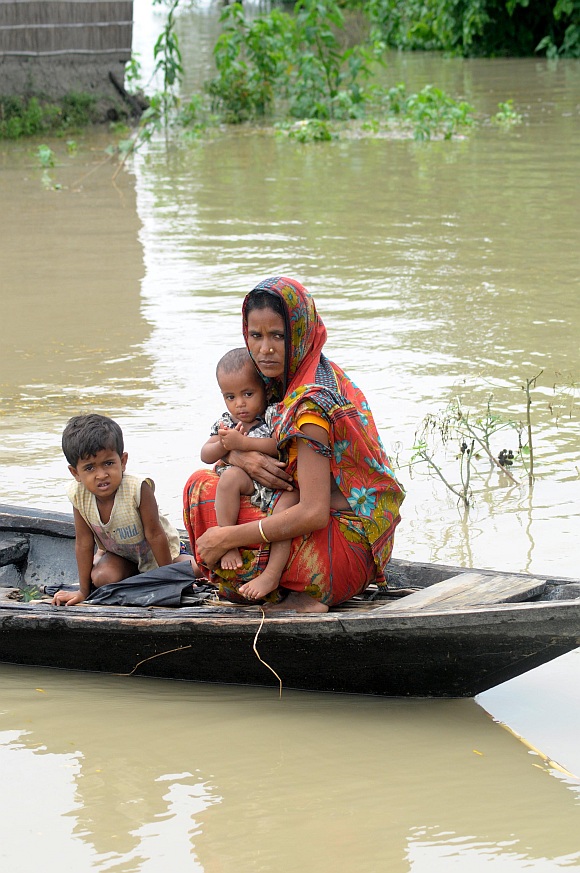 Image: A woman looks at her destroyed house as she leaves for a safer zone

Swift current and the rising water levels prompted the authorities to suspend ferry services along the entire stretch of Brahmaputra River.

In Tinsukia, flood water entered the Dibru Saikhowa National Park driving animals out of the .Taking advantage of the situation, some people allegedly slaughtered a number of deer and sold their meat.

Indian Air Force helicopters were pressed into service in Dhemaji to rescue the marooned people. With their homes submerged under water, the people have taken shelter on higher grounds. 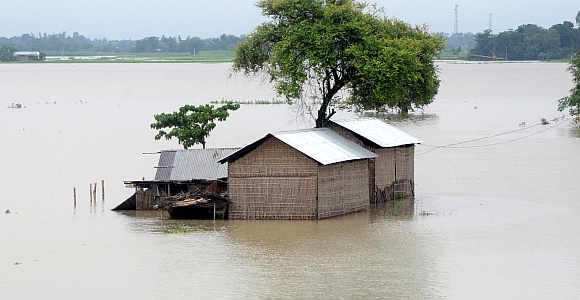 Image: Submerged houses at Ashigarh village in Morigoan district, about 80 Km from Guwahati

Majuli, Asia's largest river island, has remained cut off from the rest of the world since Monday. Scores of animals were reportedly swept away by the swirling Brahmaputra water in Majuli.