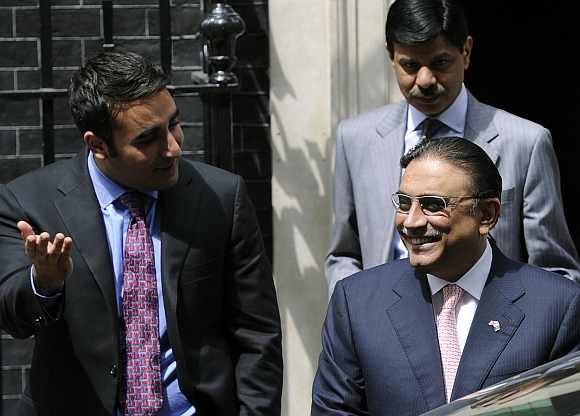 Elaborate security arrangements have been made for the high-profile visit of Pakistan President Asif Ali Zardari, who is scheduled to pay obeisance at the dargah of Sufi saint Khwaja Moinuddin Chishti on Sunday.

Zardari, his son Bilawal Bhutto Zardari, Pakistani Interior Minister Rehman Malik and other members of the delegation will stay for 35 minutes inside the dargah.

The delegation will arrive Sanganer airport in Jaipur in a special aircraft from where they will leave for Ajmer in helicopters. Four helicopters carrying them will land at the Ghughara helipad at 4.10 pm. 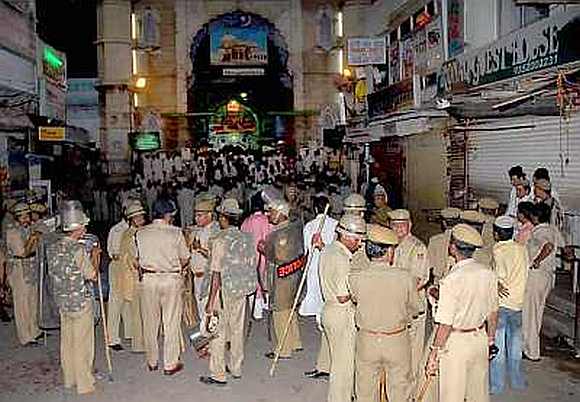 Image: Security has been beefed up in and around the dargah ahead of Zardari's visit

As per the programme, Ajmer Divisional Commissioner Atul Sharma, Inspector General of Police Rajesh Nirwan, Collector Manju Rajpal and Superintendent of Police Rajesh Meena will receive the guests at the helipad located outside the city. The VIPs will then travel 12.3 km on road to dargah from there.

Representatives of both dargah committee and committee of Khadims will welcome the Pakistan president and other VIPs at the shrine where they will stay for 35 minutes before leaving for the helipad in the evening, an official of the district administration said. 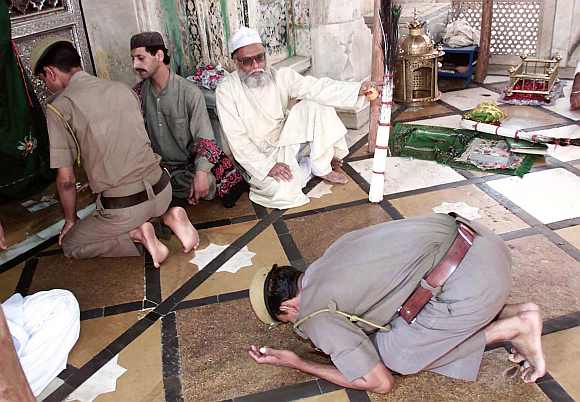 Multi-tier security arrangements will be in place for the visit of the delegation. Police personnel will be deployed along the way from the Ghughara helipad to the dargah and at both the places.

The dargah area will be heavy guarded and police will also be deployed in surrounding buildings. The dargah market will be closed and view-cutters will be used inside the premises and the entrance of the shrine.

"Additional police personnel including senior officers from other districts of the Range as well as from the police headquarters are being deployed for the visit," Superintendent of Police Rajesh Meena said. 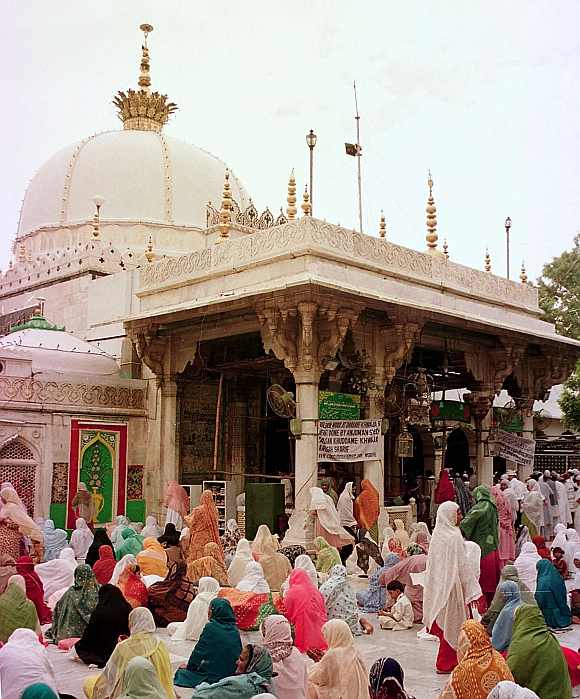 Image: The dargah premises will be closed two hours prior to Zardari's visit
Photographs: Reuters

The police will carry out a rehearsal of the visit at 4 pmt on Saturday Officials will also hold a meeting with a liaison team from Pakistan that will also carry out a survey of the dargah premises, the official said.

Ahead of the scheduled visit, three helicopters of Indian Air Force landed at the helipad yesterday while one chopper will land at the newly constructed helipad on Saturday. 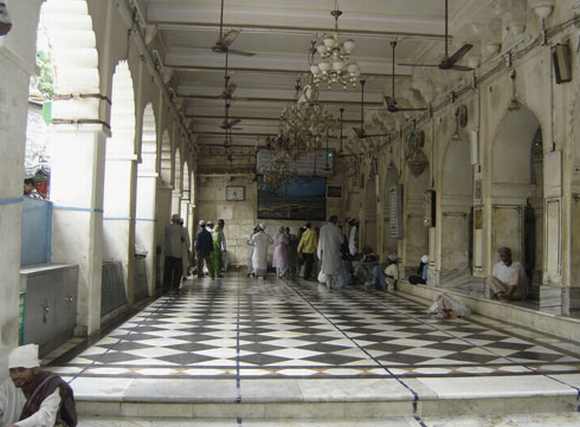 Image: Team from Pakistan will carry out a survey of the dargah premises

The dargah premises will be closed two hours prior to the scheduled visit of Zardari and entry into the dargah will not be allowed till the departure of the delegation, he added.

Asked about the size of the delegation, Rajpal said that the district administration will get final details from the Pakistan High Commissioner later in the day.

"Earlier, we were given a list of 46 members but it was then cut down to 31. We are holding a meeting with officials from Delhi in which the final details on the delegation and arrangements will be discussed," she said.