Sign in  |  Create a Rediffmail account
Rediff.com  » News » Open to working with India on missile shield: US

Open to working with India on missile shield: US 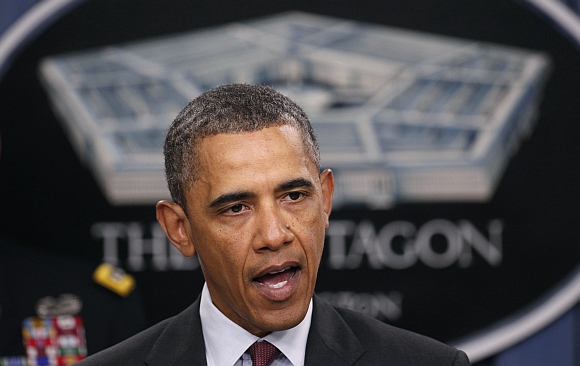 Image: US President Barack Obama speaks about the Defence Strategic Review at the Pentagon in Washington on Jan 5
Photographs: Reuters

Weeks after offering to sell its F-35 fifth generation fighter jets, the United States on Wednesday said it was open to work with India on joint development of a ballistic missile shield. The offer was made by Deputy Assistant Secretary of Defence Robert Scher who said that the Indo-US defence ties were valuable and critical not only for the security and stability of the region, but globally.

"We are really open to it. And this is something we ask to and ask them if they are interested in it," Scher said on collaboration on the missile shield project in an interview to PTI, emphasising that US "is and will be a dependable weapons supplier to India."

'US would welcome discussion with New Delhi on F-35, anti-missile system' 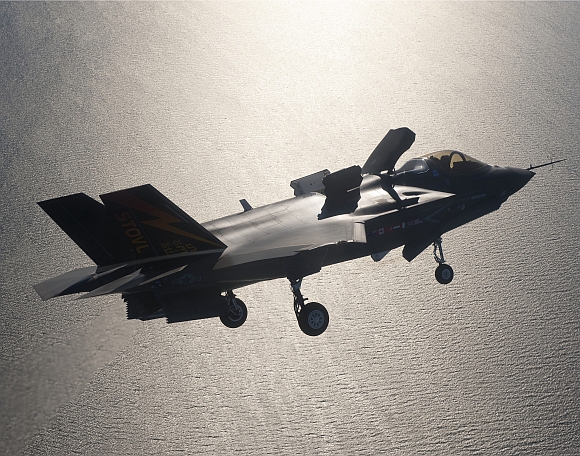 The top Pentagon official disclosed that Washington and New Delhi had been involved in crucial discussion on the ballistic missile shield, adding that the US was looking forward to "restart" the dialogue. Reiterating that US was ready for India to join in the multi-nation collaboration on F-35 fighters, Scher said that Washington was still awaiting India's response.

Referring to President Barack Obama's latest defence strategy in which the US commits itself to a long-term defence relationship with India, the Pentagon official said the US would certainly welcome discussion with New Delhi on F-35 and anti-missile system. He cited the sale of C-130J transport aircraft to India ahead of the schedule as an example of readiness of the US armament industry to respond to India's need. 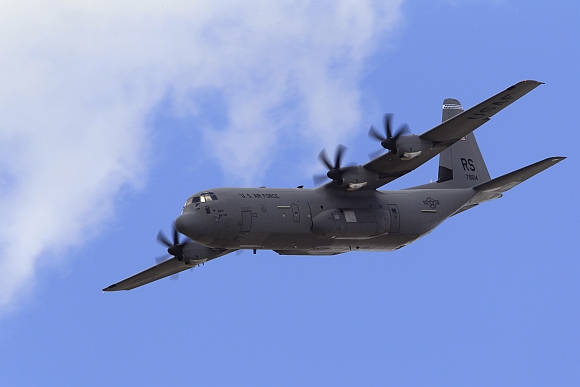 Scher said the US has received request for additional six C-130J Super Hercules transport aircraft. "I will say that the C-130J programme is a great example of valuable contribution of both of our countries. It is a proof, I think that the US is and will continue to be a dependable defence supplier and it is also a good example programme that we delivered on time and on budget," he said.

Given that the defence relationship between the two countries is relatively new, is not considered to be even a decade-old in many sense, the Pentagon official referred to defence ties with India as a "learning curve".

He said Washington wanted to focus on developing cooperative research and development in weapons technology with India so that both the countries could benefit. "Closer cooperation on technology and research pieces within the military and that is where we are looking to expand upon," Scher said.

'India, US committed to break down bureaucratic hurdles in defence cooperation' 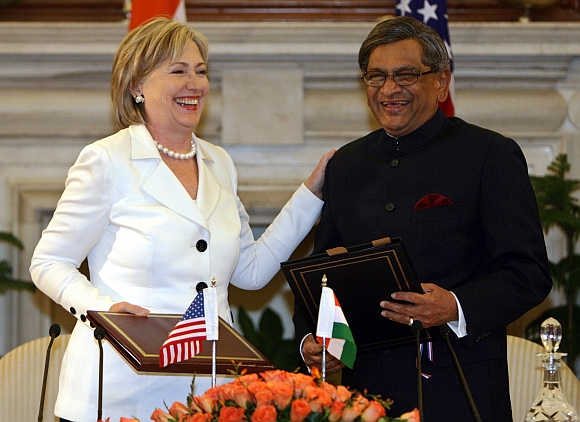 Image: US Secretary of State Hillary Clinton with External Affairs Minister SM Krishna during the signing of agreements ceremony in New Delhi July 20, 2009. The United States and India said they had agreed on a defence pact that takes a major step towards allowing the sale of sophisticated U.S. arms to the South Asian nation as it modernises its military
Photographs: Reuters

The Pentagon official said there was commitment on the US side as well as India to break down bureaucratic hurdles in defence cooperation as the two countries understood "how important the relationship is and how more important the relationship is going to be in the future." Responding to questions on the progress made by India and US on military pacts such as Communications Interoperability and Security Memorandum of Agreement and Mutual Logistic Support Agreement, Scher said this issue has not been discussed.

"I will be honest with you. It has not come up in discussions that I had recently and numerous interactions. It is certainly something that we did talk about a lot," he said.

"I think the Government of India understands what these two agreements do and don't do. We would be happy to continue to engage in this conversation should the Government of India want to and they realise what it is that they are not getting access to in terms of technology especially because they are have not signed these agreements," Scher said.

"But recently we have not talked about it. It is certainly a issue for the Government of India to decide how it wants to handle," he added. These agreements, he argued, are not important in respect of improving defence relationship between India and the US. "Because much we can do, much we are doing and will continue to do regardless of not the Government of India chooses to pursue these agreements," he said.

"Mostly notable are the things that the Government of India can't get because they have not agreed and signed some of these agreements in terms of technology," Scher said, but declined to comment on the specific technologies.