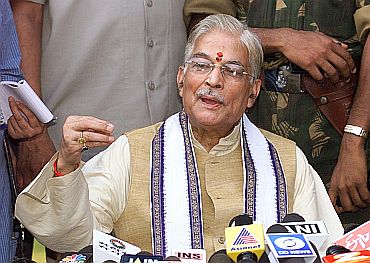 A fresh controversy broke out in the 2G case on Tuesday with the surfacing of a letter which suggested that Parliament's Public Accounts Committee chief Murli Manohar Joshi had called up a CAG official to press for expediting auditing work into spectrum allocation.

CAG official R B Sinha had written to Deputy CAG Rekha Gupta on July 13 last year about the call he had purportedly received from Joshi.

Joshi told him, "There was tremendous pressure on him from Parliamentarians, media etc about the examination being done by the Public Accounts Committee in respect of recent development in the telecom sector, including allocation of 2G and 2G spectrum and that if the probe is further delayed, the executive would get the time to cover up the issue," the CAG's Director General (Report Central) wrote.

"He (Joshi) further stated that in view of the tremendous interest, heightened anxieties and pressure from all concerned including media, it would be appropriate for the PAC also to submit its report soon after the CAG's report is submitted to the President during the Monsoon Session (of Parliament)," the official stated in the letter. 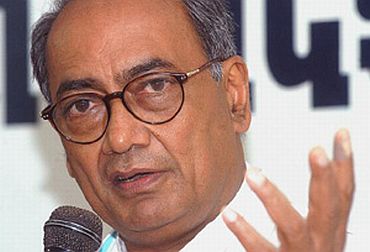 Joshi said it would be appropriate that his (Sinha's) office briefed him and the committee in "two and three days after the next meeting of the PAC scheduled to be held on 15th/16th July, 2010," Sinha told Gupta.

"I informed him that the matter will need to be taken up with the CAG of India," the official wrote.

In view of the revelation, Congress leader Digvijay Singh questioned whether estimates of the losses shown by CAG in the 2G spectrum allocation were inflated "at the behest of the PAC chairman".

"With new facts coming in, few questions arise. Was the figure inflated? Was it made in haste? Was it at behest of Chairman PAC," Digvijay Singh said on Twitter. 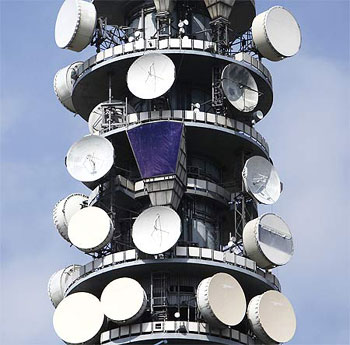 "Is it a fact that the Chairman PAC contacted CAG regarding 2G before submission of CAG report? It was denied by the CAG but now documents prove he did," he said.

The Congress leader also questioned whether the current CAG had an agenda like former CAG T N Chaturvedi.

"Does CAG have an agenda? Does he want to follow in the footsteps of TN Chaturvedi, CAG of Bofors Report, BJP MP and governor," Digvijay Singh said.

When asked about the development, Comptroller and Auditor General Vinod Rai rejected the talk of any attempt to influence the government auditor's work.

"(There is) no question of Joshi trying to influence the CAG report," he told reporters.