Sign in  |  Create a Rediffmail account
Rediff.com  » News » 'Netaji would have done his best to stop partition'

'Netaji would have done his best to stop partition' 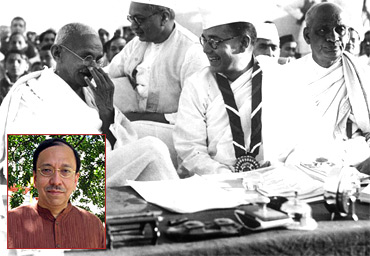 Over six decades after his death, freedom fighter Subhas Chandra Bose remains one of the most intriguing figures of India's Independence struggle.

In his recently released book His Majesty's Opponent, Harvard historian and Netaji's grand nephew Sugata Bose chronicles his fascinating life, revealing some little known facts about the great leader and revisiting some of the most landmark events of his life.

Sugata Bose appeared on rediff chat on Friday and he answered questions on Netaji's role in the Indian National Congress, his relationship with Mahatma Gandhi and Jawaharlal Nehru, cleared the air around the leader's mysterious death and more.

V asks: Why did Netaji resign from the Congress presidentship even after he won against Jawaharlal Nehru. Wasn't it an emotion decision and a bad one at that?

Sugata Bose says: Netaji resigned because Mahatma Gandhi would not suggest names for the Congress Working Committee as required by a resolution passed at the Tripuri Congress. As he put it, he resigned in a helpful spirit. It may have been partly an emotional decision, but it paved the way for him becoming Netaji by raising the Indian National Army abroad.

Sanjay asks: How was relationship between Gandhiji and Dr Bose?

Sugata Bose says: The relationship between Gandhiji and Netaji was based on mutual affection and respect. They had a serious difference in opinion in 1939, but again came closer in their aims and ideology from 1942 onwards. Netaji was the first to call Gandhiji the Father of our Nation. Gandhiji regarded Netaji's patriotism to be second to none.

Hebbar asks: Why is there so much secrecy surrounding Netaji?

Sugata Bose says: If you read my book you will find there is a lot of historical information about Netaji. We should pay less attention to myths and mysteries, and concentrate more on his life and work, from which there is a lot to learn.

'Netaji felt Nehru was riding two horses at once' 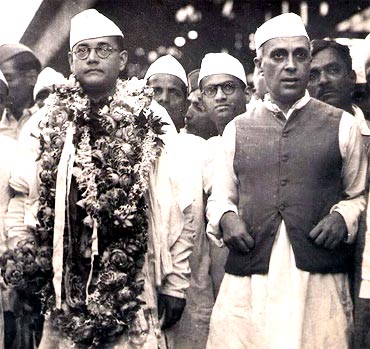 Kaul asks: Netaji was receiving support from the Japan army (rather bringing in the Japan army), when India was fighting for Independence from British. Would that not be a disastrous move? The Japanees were a menace then.

Sugata Bose says: Netaji stood up to the Japanese to maintain complete independence of his movement. He was able to subvert the loyalty of Indian soldiers to the British Empire and replaced it with a new loyalty to the cause of the nation. Japan gave full recognition to the Provisional Government of Azad Hind.

Venkatadri asks: Some say Netaji died in a plane crash; some say he was alive, and lead his life in seclusion like a gumnaam baba. What happened to him? If he was alive, then why he was he in hiding?

Sugata Bose says: Historical evidence suggests Netaji died a martyr's death in a plane crash on 18 August, 1945 while trying to move from one battlefield to another. He was the only front-rank leader of the freedom struggle to lay down his life on the battlefield. To say that some baba was Netaji is an insult to this great leader of India.

Rgm asks: Is it true that Sardar Patel was at the forefront in opposing Netaji to continue as Congress president for the second time? What was Nehru's take on this?

Sugata Bose says: Yes, Patel was in the forefront of opposing Netaji's re-election as the Congress president in 1939. Nehru tried to take the middle path. Netaji felt that Nehru whom he regarded as an elder brother was riding two horses. 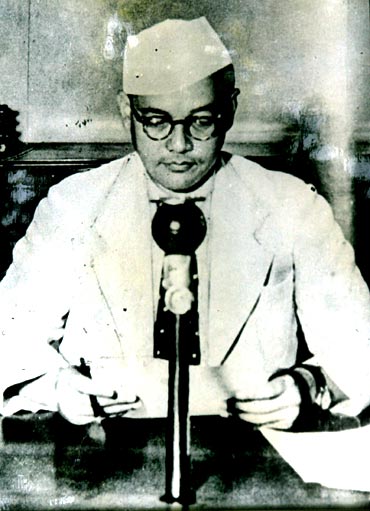 Image: Handout portrait of Subhas Chandra Bose that is on display at the Netaji Research Bureau in Kolkata
Photographs: Reuters
Bharatpremi asks: Do not you feel that had Netaji been at the helm of affairs in the Congress, India would not have been divided and the present-day terrorism breeding state (Pakistan) would not have been created. He was respected by all and did not have any hidden agenda.

Sugata Bose says: Netaji would have tried his best to prevent the partition of India along religious lines. He had successfully united Hindus, Muslims, Sikhs and Christians in his Azad Hind movement.

Pratik says: Why did the Communist Party of India not support Subhas Chandra Bose  during the formation of the Indian National Army?

Sugata Bose says: The CPI decided that an imperialist war had turned into a people's war after Germany invaded the Soviet Union in June 1941. The party was pro-Soviet and became, by extension, pro-British at that time. However, since the late 1970s prominent communist leaders acknowledged they had been mistaken in their assessment of Netaji.

Satak asks: Which is the actual birthplace of Netajis: Cuttack or Kolkata?

Sugata Bose says: No, absolutely not. He was essentially a democrat and wanted to see India as an independent federal republic. He did want radical social and economic reforms to be carried out by a decisive and strong government of free India.

'As a 15 year old, Netaji was inspired by Swami Vivekananda' 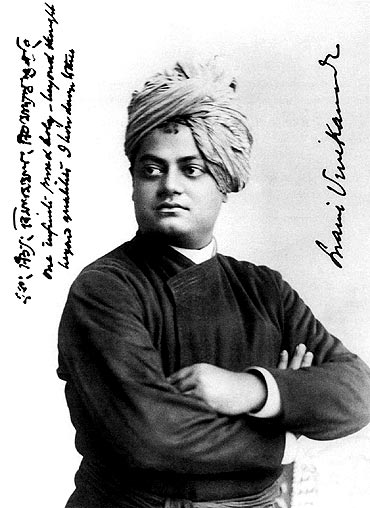 Joy asks: Sir, did Bhagat Ram Talwar (member of Forward Bloc, who escorted Netaji during his great escape) really betray Netaji. Was he 'Silver' as alleged by the British records, who was spying for at least four countries i.e. Germany, British India, USSR and Japan?

Sugata Bose says: Bhagat Ram Talwar betrayed Netaji once he joined the Communist Party and Soviet Union came into the war. Details of his role as a multiple agent can be found in my book, where I draw on records in the British archives.

Shankarbabu asks: Was the INA strong enough to battle against British. What would be Netaji's view?

Sugata Bose says: Netaji wanted the INA to be a catalyst to spark a civilian uprising within India. Had the INA been able to break through Imphal and Kohima (and it nearly did), Netaji believed the military and civilian resistance would have fused in Assam and Bengal to make the position of the British untenable. Despite its military defeat, the INA scored a political victory in India.

Ravi asks: What was Netaji s favourite Bengali dish? Had he and Swami Vivekanandaji met ever?

Sugata Bose says: Netaji loved fish and among vegetables karela (bitter gourd) was his  favourite. No, he did not meet Swami Vivekananda, but was inspired by his writings when he was 15 years old.

'As PM, Netaji would have tackled poverty, illiteracy on war footing' 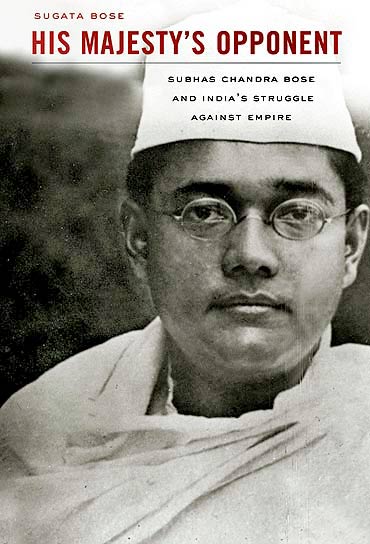 Jay asks: Where would India be if Netaji was the first prime minister?

Sugata Bose says: Netaji would have tackled the problems of poverty, illiteracy and disease on a war footing. He would have empowered women, the subordinated castes and the laboring masses. He would have also worked to make India a global power.

Ramakrishna says: I am interested to know about Netaji's personal life -- who were his children. When did he marry?

Sugata Bose says: Netaji married Emilie Schenkl and had only one daughter, Anita, born on November 29, 1942, in Vienna. She became a professor of economics at Augsburg University. She visits us in India periodically.

Pratik asks: From which University did he graduate? 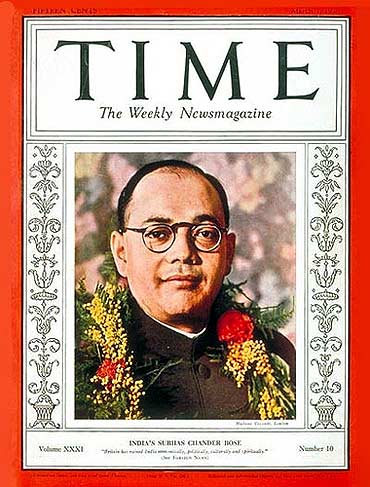 Image: The cover of Time Magazine

Pratik asks: Did Bose support the League of Nations (an intergovernmental organisation founded as a result of the Paris Peace Conference that ended World War I, and was the precursor to the United Nations)?

Sugata Bose says: Netaji was disappointed that the League of Nations did not support the cause of Indian independence. He walked in the corridors of its office in Geneva to get a hearing for the Indian National Congress, but in vain. However, he did want genuine international organisations to be established to promote cooperation between nations.

Bharatpremi asks: What is the awareness level on Netaji in the United States? Do Obama, Clinton, Bush and their administrations have any idea about Netaji?

Sugata Bose says: American scholars and students are aware of Netaji's role as a key leader of India's freedom struggle. Even in 1938, Netaji was on the cover of the Time Magazine. I am sure American leaders know who Netaji was. Hopefully, they will get to know more if they read my book.

Pratik asks: Who was a close friend of Subhash Chandra Bose in the Indian National Congress?

Sugata Bose says: He had many close friends within the Indian National Congress. He was especially close to Nehru in the late 1920s and early 1930s, but had differences with him in 1939.

'Jana Gana Mana was NOT composed to welcome King Emperor' 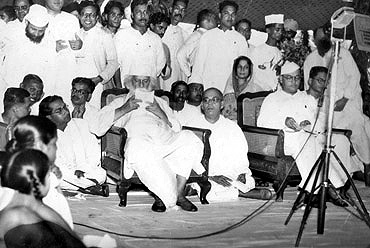 Joy asks:  Why did Netaji choose Jana Gana Mana as the national anthem? Nowadays there is criticism that this song was first sung to welcome the King-Emperor to India.

Sugata Bose says: Netaji chose Jana Gana Mana because of his great respect for Rabindranath Tagore and because it is a beautiful song seeking the Almighty's benediction for India. It is NOT true that it was composed to welcome the King-Emperor.

Sidhart asks: Who was Netaji's inspiration? Did he believe in God?

Sugata Bose says:  Netaji believed in God. He was a devotee of the Supreme Being in the form of Durga or Kali. That was his private religious faith. In public life, he worked hard to unite all religious communities and was very generous to the minorities. As SA Ayer (the minister for publicity and propaganda in the Azad Hind government) put it, Netaji never spoke his God, he lived Him.

Archan asks: How important was the Tokyo conference (which led to the decision to establish an all-unifying Indian Independence League) for Netaji? Do you have any observations from him as an observer/prime attendee?

Sugata Bose says: Netaji made a very powerful speech at the Tokyo conference in November 1943. Even though he went as an observer, most participants record that he dominated the proceedings by the strength of his personality.

'India needs legacy of both Gandhi and Netaji' 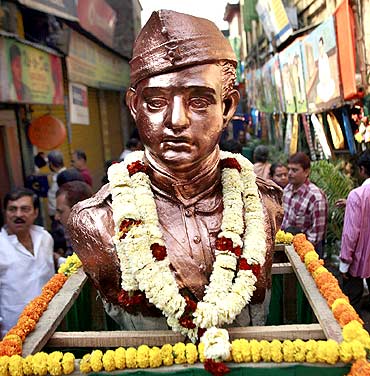 Image: People stand beside a statue of former leader Subhas Chandra Bose to commemorate his birthday in Kolkata
Photographs: Reuters
GandhiBose asks: What do you have to say to those who try to bring out and magnify the supposed divide between Netaji and Gandhiji?

Sugata Bose says: We need the legacy of both Gandhiji and Netaji in today's India. Their differences in 1939 need to be seen in perspective.

Sumita asks: How was Netaji as a child? What was Netaji's inspiration that he tirelessly fought for the independence of India.

Sugata Bose says: He was a precocious child and felt somewhat lonely in a large family. He had a special bond with his mejda Sarat (Netaji's elder brother). At the age of 15, he was inspired by Vivekananda's works and accepted fulfillment of one's self and service of humanity as the motto of his life. I have discussed his letters as a teenager to his mother and brother in my book.

Chatroom asks: Was he able to speak Hindi eloquently or he did he speak in English.

Sugata Bose says: Netaji spoke Hindi haltingly in the 1930s, but became a very eloquent speaker in Hindustani (a mixture of Hindi and Urdu) by the early 1940s.

Hardeep says: Miss Netaji a lot. He would have been the perfect leader for the country.

Sugata Bose says: I agree. Let us not only lament, but emulate his great example and follow his path. Many thanks for all your questions. It has been an hour and it is time to sign off. Jai Hind!