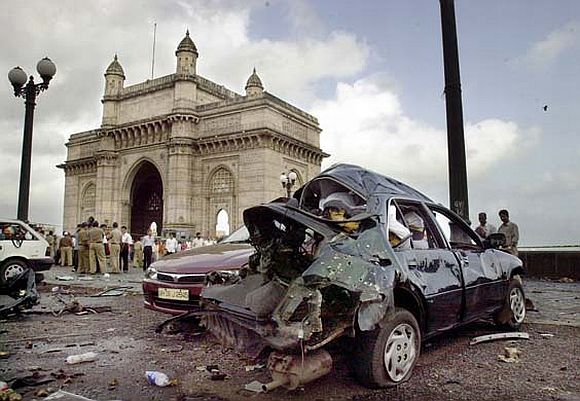 It's judgment day for the families of 52 persons who lost their lives in the 2003 blasts at Gateway of India and Zaveri Bazaar in Mumbai.

The Bombay High Court will deliver its verdict on the death sentence handed out by the trial court to Ashrat Ansari, Hanif Sayed Anees and wife Fehmida Sayed for planting powerful bombs at the two locations on August 25, 2003.

The conspiracy was hatched in Dubai and executed to perfection by a family who subscribed to the views of the Lashkar-e-Tayiba.

Today, the police may deny the presence of strong modules of terror groups in the city. However, what the police failed to see was the emergence of the Indian Mujahideen after the 2003 attack.

Indian Intelligence Bureau officials told rediff.com that since the 2003 attacks, Lashkar started using their local resources in India. Post 1993, the police believed that all terror operations in India were executed from across the border. While this is true to a large extent, post 2003 one witnessed the real birth of home grown jihadi. 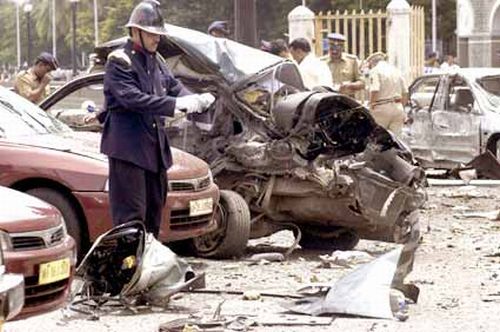 The likes of Azaam Cheema and Riyaz Bhatkal among others emerged after this attack.

Pakistani intelligence agency ISI realised that post 1993 and 2003 there was growing heat on underworld don Dawood Ibrahim and hence it was very important to shield him and ensure that there were attacks planned and executed from the Indian soil itself. The ISI also wanted to ensure that presence of Pakistani men in such attacks was minimised.

Post 2003, Azaam Cheema, who was familiar with the terrain in Maharashtra, was a natural choice for all future attacks. Operating out of Dubai initially, Cheema rallied forces post 2003.

Riyaz Bhatkal played a crucial role in building up the Maharashtra module for the Indian Mujahideen post 2003.

The Indian Mujahideen became a reality thanks to the support that the Bhatkal brothers managed to dish up post 2003. He managed to pick up a lot of youth as there was a lot of outrage against the police when the investigations into the 2003 blasts commenced. In barely a couple of hours, 360 persons were rounded up only to be released later. 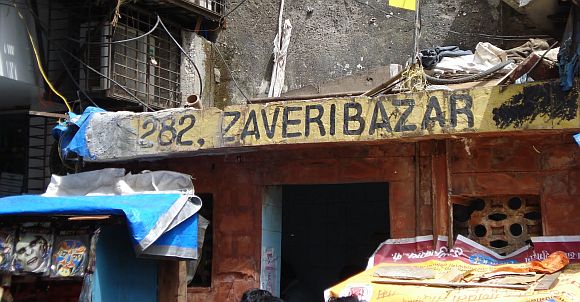 There were many innocents too who were rounded up, which caused a lot of outrage among the Muslim community.

Riyaz, who operated out of Kurla, floated two outfits around that time. He called the Fazl-ur-Rehman gang and later the Aryan Gang. To the outside world it looked like an ordinary gang, but he carried out recruitments and raised funds for terror operations.

When the police started digging deeper into the activities of Riyaz, they first thought he was involved in the 2003 blasts as well. However, later investigations revealed that he had nothing to do with it and they let him off the scanner.

It was only three years later, after the horrific train blasts, that the police realised that Riyaz provided logistic support through his gangs to the Lashkar-e-Tayiba.

His brief was clear: Build up a force within India and recruit as many youth as possible so that the next round of attacks are launched from the home soil itself.