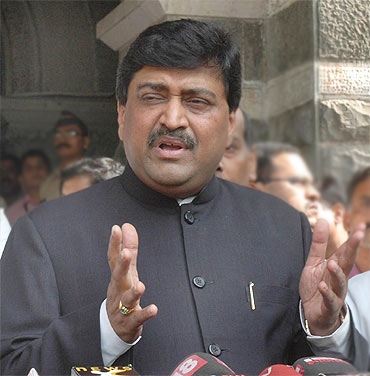 Image: Ashok Chavan was forced to step down after he was linked to Mumbai's Adarsh Housing Society scam

Completing a full term as chief minister of Maharashtra has always eluded the incumbent leader due to various reasons from controversies to factionalism in the ruling party.

The latest being Ashok Chavan, forced to step down after he was linked to the Adarsh housing society scam soon after completing a year in office. 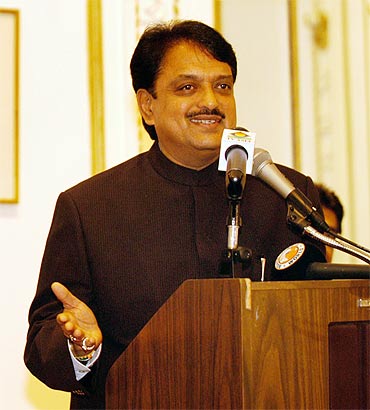 Image: Deshmukh was shown the door after he kicked off a controversy post the 26/11 attacks

Ashok Chavan replaced Vilasrao Deshmukh, who found himself in trouble when his actor son Riteish Deshmukh and  filmmaker Ram Gopal Varma accompanied him during a visit to the Taj Hotel, among the sites of the 26/11 terror attacks.

Chavan was sworn in as the CM on December 4, 2008, cutting short Deshmukh's tenure and again took oath in November 7, 2009 after the Congress-Nationalist Congress Party combine won the state polls.

Deshmukh fell short a few months to complete the five years. His total tenure was of over seven years, as he became the CM twice. 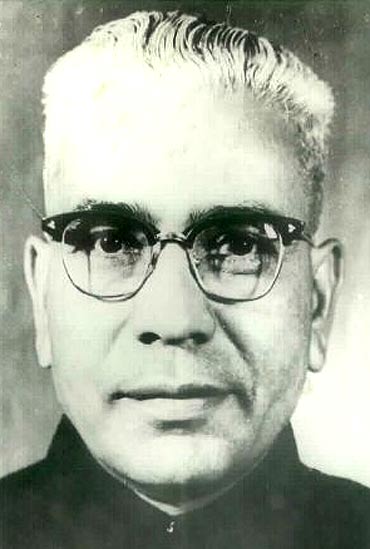 But none of the leaders have been able to break his record. 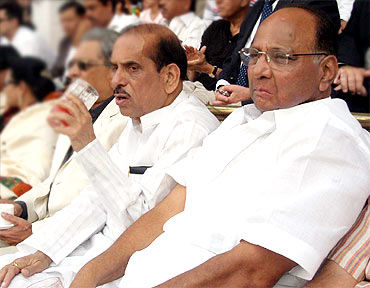 Image: While Manohar Joshi fell short of a few months to complete five years, Sharad Pawar served as CM for 7 years but in three different terms

Even Nationalist Congress Party chief Sharad Pawar, a Congressman then, served for over seven years as the CM, but in three different terms.

He was in CMO from March 14, 1995 to January 31, 1999 and was forced to leave for allegedly being involved in allotting a plot reserved for a primary school at Pune to his developer son-in-law Girish Vyas.

Cement scam put A R Antulay in a fix 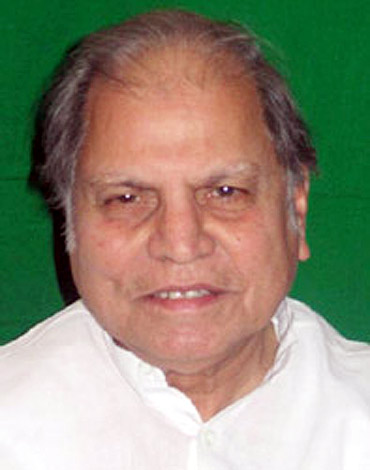 Image: AR Antulay quit as CM after he was indicated by Bombay HC for his involvement in a cement scam

Former CM A R Antulay had to quit on January 21, 1982 after he was indicted by the Bombay high court for his involvement in the much-discussed cement scam.

Antulay was accused of taking donations from the beneficiaries for a private trust managed by him in lieu of cement allotted to them from the state's quota. 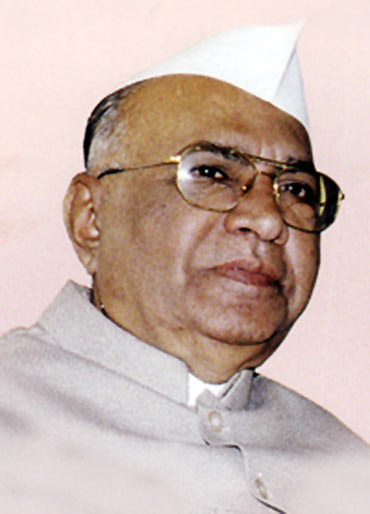 Shijivarao Patil-Nilangekar, who was the CM for just 10 months during 1985-86, had to quit on March 6, 1986 following a marksheet scandal involving his daughter Chandrakala.

The Bombay HC passed strictures against him saying that an examiner, tampered with the grade sheets of his daughter.

Shankarrao Chavan, Vasantdada Patil, Sudhakarrao Naik and Pawar's tenures were short lived due to rivalry and game of one-upmanship in the faction ridden Maharashtra Congress. Sushilkumar Shinde and then Sena leader Narayan Rane also could not complete their terms as the CM.

Shinde who succeeded Deshmukh in 2003 could not continue after the Assembly polls won by Congress-NCP alliance in 2004.

While Rane's tenure was cut short because Sena-BJP lost 1999 elections. 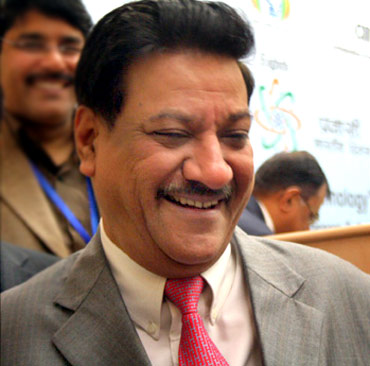 Image: Prithviraj Chavan will be sworn in as Maharashtra's new CM on Thursday

Interestingly, Prithviraj Chavan is taking charge as the CM when the Congress-NCP led government has already completed a year in power.

Therefore, even he would not be able to claim for to have completed the full term.