Sign in  |  Create a Rediffmail account
Rediff.com  » News » 'It is a sin to be born Muslim in Assam' 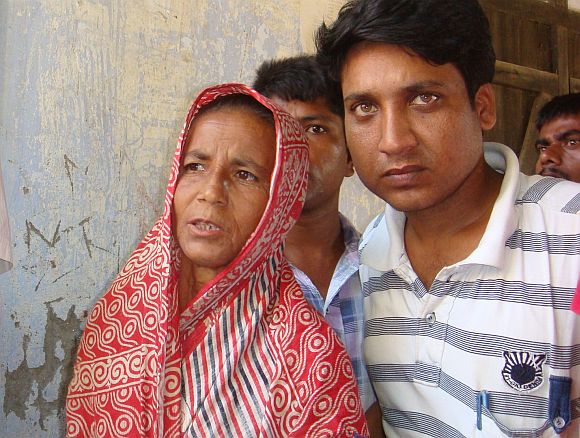 A fact finding commission of leading Muslim organisations headed by the All India Muslim Majlis-e-Mushawarat has said that it was a clear failure on part of the Bodoland Territorial Council and the Assam government in anticipation and control of the situation that has forced over 3 lakh people, most of whom are Muslims, to live in around 300 refugee camps.

According to the commission, sections of the media and the Bharatiya Janata Party and its ilk are trying to turn this carnage into an issue of illegal immigrants, which is not correct or fair.

A delegation of representatives of some leading Indian Muslim organisations visited Assam during July 31- August 3, 2012 to study and assess the situation in the BTC and adjoining areas where over 50 people have been killed and over a hundred are reported missing as a result of alleged ethnic cleansing aimed at uprooting Muslims from BTC areas. 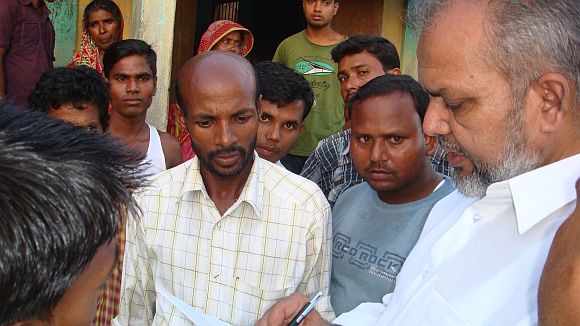 The delegation, led by Dr Zafarul-Islam Khan, president of the All India Muslim Majlis-e Mushawarat, visited a number of camps in riot-hit Cherang and Dhubri districts and met representatives of BTC and Bodos as well as Chief Minister Tarun Gagoi and Assam State Commission for Minorities Chairman Abdul Muhib Mazumder.

The commission alleges that using some criminal incidents in which both Muslims and Bodos were killed, Bodo armed gangs systematically attacked Muslim villages and indulged in random killings and firings, which precipitated the plight of Muslim villagers.
It also stated that even though the state government was providing ration, a lot of other needs, especially hygiene, were neglected.

Inmates in camps told the delegation that they are eager to return to their villages provided security is provided to them.

A former MLA of the affected area told the delegation that it is 'a sin to be born Muslim in Assam'. 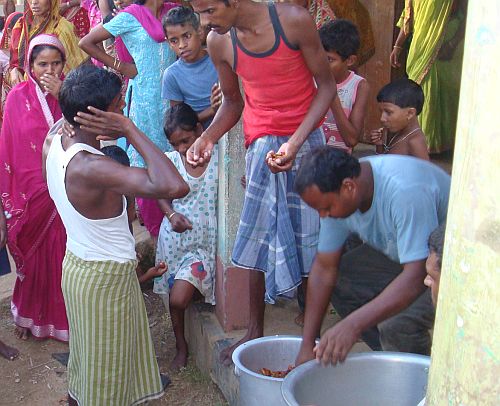 Some of the observations made by the commission:

* Some the camps did not have security; the delegation saw army presence only in Bodo areas of Kokrajhar.

* One person had died in Tilwara camp due to hunger; one of the camps was not even getting ration.

* Proper lists of the displaced are yet to be prepared and FIRs have not been lodged in most cases, where remains of burnt houses were visible.

* Bodos are reportedly bulldozing houses and ploughing farms of the displaced in some areas. 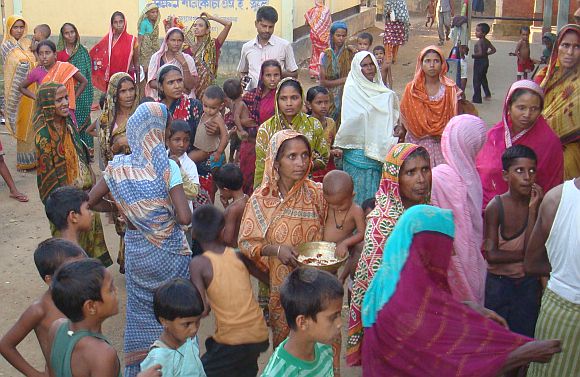 The delegation met Bodo MP (Rajya Sabha) Biswajit Daimary and Daneswar Goyori, member of the legislative assembly of BTC. They put the blame squarely at the door of the armed gangs, which the BTC has not been able to control. The home department and police are controlled by the state government and not by the BTC, they said.

They stressed that the area depends on Muslim workers and labour. Hence its progress will suffer badly if Muslims do not return quickly to their homes.

They agreed that displaced people should be able to return quickly to their homes, but stressed that security must be provided to make this possible, permanent police pickets should be placed at sensitive areas and numbers of police stations must be increased.

The delegation met Chief Minister Gagoi, who explained the practical problems in providing security in a state suffering from various armed movements and insurgencies, and said that arms are flooding into Assam from China and Nagaland.

He assured the delegation that he is keen to secure an early repatriation of the displaced people to their homes and said that he has designated August 15 at the deadline for achieving this aim.

Gogoi emphatically denied that there are 'foreigners' in Assam and stressed that the present crisis is a local one triggered by local issues. He told the delegation that about a hundred culprits have already been arrested. 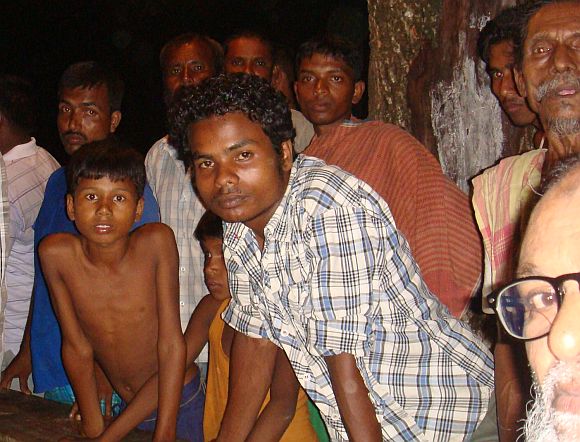 Adequate compensation to all affected, for lost lives, injuries and damage to houses to enable the victims to rebuild their homes and lives;

Quick rehabilitation of all displaced people by arranging their speedy return to their original places. Any delay will only mean that the displaced will never be able to/allowed to return to their homes and lands. It may be recalled that victims of similar previous violence, for example in 1994, are still languishing in refugee camps while their lands and homes were usurped by Bodos.

It is the responsibility of the state government to ensure security for the displaced. It should also provide more police stations and forces in the BTC areas.

Illegal arms in the hands of private individuals and gangs are a big problem in BTC areas. Meticulous mopping by the army and security forces of the homes and other installations, offices and facilities in the BTC areas should be conducted at the earliest in order to seize all illegal arms.