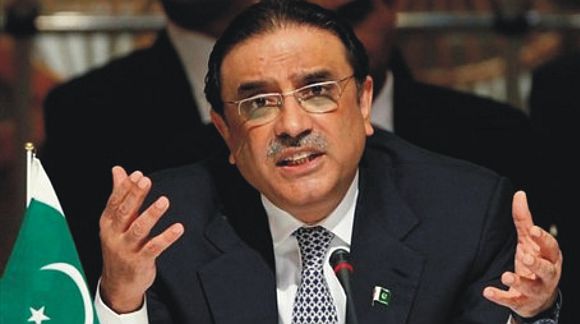 Pakistan President Asif Ali Zardari, who suddenly left Islamabad for Dubai reportedly to undergo some regular medical tests, is said to be on his way out, apparently under pressure from the powerful army.

Quoting unnamed officials from the Obama Administration, The Cable -- blog of Foreign Policy magazine -- said that it is growing expectations inside the US Government that Zardari may be on the way out.

A former US official told the Cable that parts of the US government were informed that 56-year-old Zardari had a "minor heart attack" on Monday night and flew to Dubai via air ambulance.

He may have angioplasty today and may also resign on account of "ill health", said the blog, which has been filing a series of stories on Pakistan related to memogate. 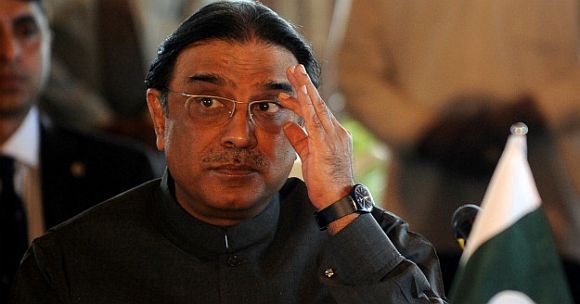 Zardari's trip comes as he has come under pressure over a scandal that has forced the Pakistani ambassador to the US Hussain Haqqani to resign.

The scandal centres on a memo sent to a top American official in May asking for help in reining in Pakistan's military, following the raid that killed Osama bin Laden.

The Pakistani president had been feeling increased pressure over the 'Memogate' scandal. "The noose was getting tighter -- it was only a matter of time," the former US official was quoted as saying by The Cable, expressing the growing expectation inside the US government that Zardari may be on the way out.

The report posted on the website further claimed that Zardari was "incoherent" during his telephonic conversation with President Barack Obama which took place over the weekend regarding the NATO airstrike. 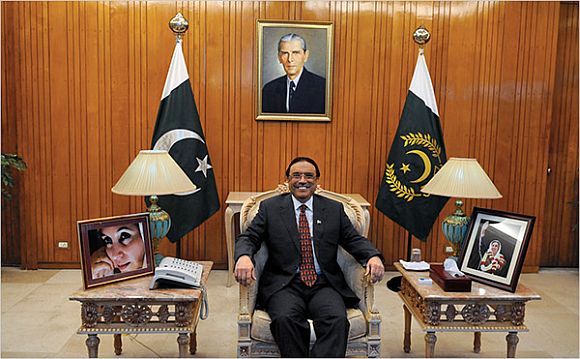 However, Zardari's personal physician Col Salman, said the proposed medical tests are of routine nature and are linked to a previously diagnosed cardiovascular condition.

A report quoting the presidential spokesman in Islamabad on Tuesday had said Zardari had gone to Dubai on a private visit to meet his children and to undergo some medical tests.

The President was accompanied by his physicians and limited personal staff, Farhatullah Babar said.

Commenting on the report, Shuja Nawaz, director of the South Asia Centre at the Atlantic Council, was quoted as saying, "This is the 'in-house change option' that has been talked about." 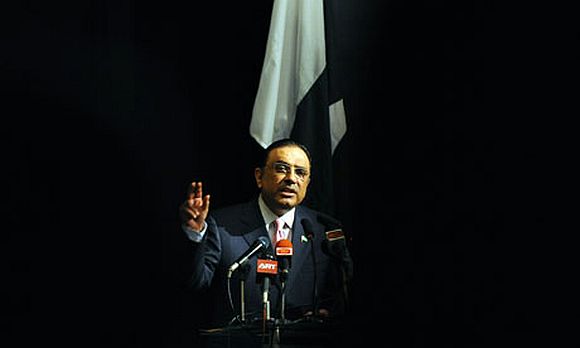 Nawaz said that this plan would see Zardari step aside and be replaced by his own party, preserving the veneer of civilian rule but ultimately acceding to the military's wishes to get rid of Zardari, the report said.

"Unfortunately, it means that the military may have had to use its muscle to effect change yet again," said Nawaz.

"Now if they stay at arm's length and let the party take care of its business, then things may improve. If not, then this is a silent coup with Pakistani Prime Minister Yousuf Raza Gilani as the front man," Nawaz told The Cable.