India's top performing MP on why he loves India 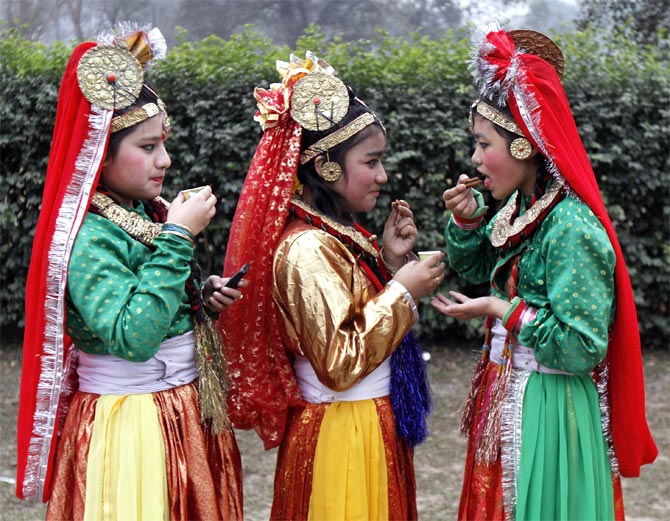 'Being a four-time member of Parliament who has toured India, I can tell you that Indians are not greedy people. They don't want the moon, but have the right to demand basic necessities. These Indians have now become vociferous about these demands,' says Anandrao Vithoba Adsul, winner of the Sansad Ratna award for raising the highest number of questions in Parliament. This is the fifth consecutive year he has won the award.

I was born and brought up in Satara, but went on to win elections in Buldhana and Amravati. This clearly shows that people of India accept those who work for them sincerely.

However, you should work hard to imbibe the culture and traditions of the region where you go and be one among them.

Be with them in their times of needs and difficulties.

Impress upon them that you may belong to a different region by birth, but your karma is to work for them. They will not think of you as an outsider, but accept you with open arms.

India is going through difficult times. We have China, Pakistan and Bangladesh surrounding us from three sides and all three are inimical to our interests.

I want to see India as a country that knows how to defend its borders without fear or insecurity about our opponents' strengths.

I want to see India as a developed country. Sixty-six years after Independence we are still a developing country.

This has to change as the world is making giant strides as far as economic development is concerned.

India has huge resources -- farmlands, forests, minerals, water, precious metals, manpower -- and this makes me feel positive that we will soon emerge as one of the most powerful countries in the world in terms of economic prosperity and the defence of our borders.

I want this to be a land where there will be happiness, prosperity and employment for everybody.

We need to dream about such an India and work together to fulfil the aspirations of its people.

I want Indians to feel secure and live in a country that is corruption-free.

It is a country where people belonging to different religions, castes, sub-castes live together in peace.

India believes in an one-for-all and all-for-one culture.

Not only are its cities cosmopolitan but you can also witness cosmopolitan-ism across the country. It is this culture and civilisation that has emerged for thousands of years that I love the most about India.

You will not see such a rich culture in any other country but India.

Being a four-time member of Parliament and somebody who has toured India, I can tell you that Indians are not greedy people. They don't want the moon, but have the right to demand basic necessities. They have now become vociferous about these demands.

Food, clothing, shelter, basic health facilities, irrigation of farmlands and quality education for their children is what Indians are demanding from their rulers now.

When smaller countries like Malaysia, Singapore can emerge as economic colossuses within a short time of getting their freedom, why can't we do the same?

Anandrao Vithoba Adsul is a four-time Shiv Sena MP from Amravati in the Lok Sabha. Born in Satara, he was elected thrice as an MP from Buldhana in Maharashtra. He will be awarded the Sansad Ratna award for the fifth consecutive year for raising the highest number of questions -- 1,216 -- in Parliament in 2013 and for clocking 75 per cent attendance.

The award will be presented by the Deputy Speaker of the Lok Sabha on February 15 at the Indian Institute of Technology-Madras.