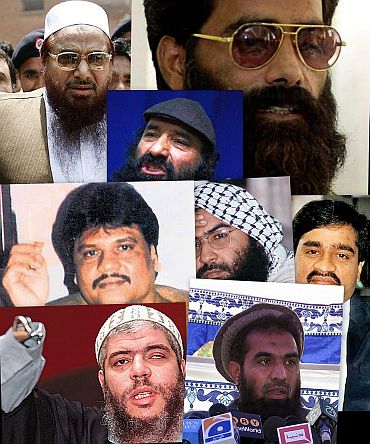 Underworld don Dawood Ibrahim may be number 2 on the world's most wanted list, but for India the most wanted man is Lashkar-e-Tayiba chief Hafeez Saeed. Termed as India's Osama bin Laden post 26/11, Saeed tops the list released by India on wanted fugitives hiding in Pakistan, Bangladesh or the Gulf.

The top 50 list remains the same as it was the previous year, but the order has changed. The new inclusions in the list are the Pakistan Army Majors who had aided David Coleman Headley in his assignment in Mumbai.

Besides, the list comprises regulars from the D gang, Indian Mujahideen and also those involved in spreading terrorism in Punjab.

Let's take a look at India's most wanted terrorists... 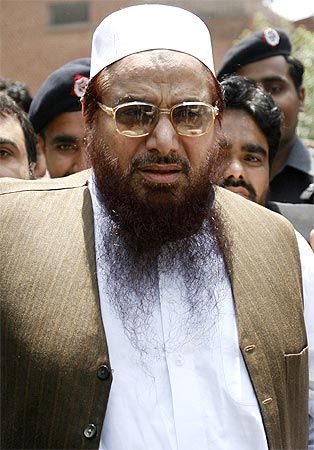 Hafiz Mohammed Saeed: The big boss of the Lashkar-e-Tayiba, Saeed is the main person behind the 26/11 bloodbath in Mumbai.

A blue eyed boy of the ISI, Saeed is a provocative speaker and it is said that a large chunk of the recruitment process in Pakistan is dependant on his speeches, which are fiery in nature.

His names figures on top of every chargesheet that has been filed in India for terror attacks carried out by the Lashkar. 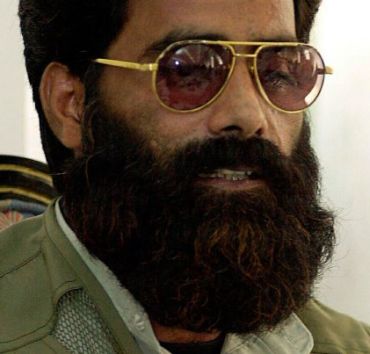 Illyas Kashmiri: Kashmir is the chief of the Al Qaeda'a 313 brigade.

Primarily dedicated to the cause at Afghanistan, he had a falling out with the ISI when they wanted him to stay away from India and continue his war against the US.

However, Kashmiri came to the limelight when he claimed that the 26/11 plot was initially hatched by him but hijacked by the ISI to help the Lashkar.

His name once again cropped due to his association with Headley and the latter had said that the two had planned on staging more attacks in India. 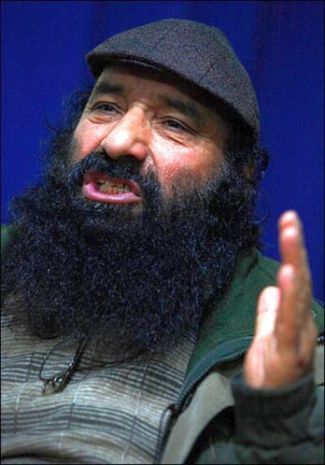 Syed Salahuddin: The supreme commander of the Hizbul Mujahideen and runs the all powerful United Jihad Council.

His war has been primarily in Kashmir and latest reports suggest that he is becoming a menace to the US also.

Under the HM, he organised forces to fight in Kashmir and later he formed the UJC which is said to be closely associated with the Al-Qaeda. There is not much spoken about this man since he always maintains a low profile.

He is extremely close to the Pakistani establishment and more or less does exactly what they want. There have not been any reports of any rebellion from his side which puts him on par with the likes of Saeed and Lakhvi who are the blue eyed boys of the ISI in Pakistan. 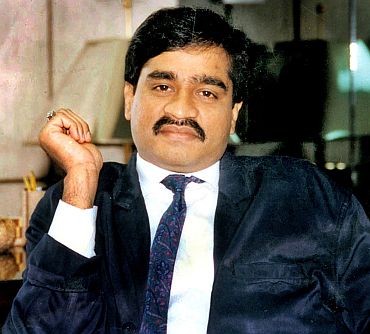 Termed as a terrorist by the United States of America, Dawood is currently in Pakistan under the protection of the ISI.

His primary role is to raise funds through fake currency and the drug trade. Also he is wanted in the 1993 serial bombings at Bombay. He is also primarily responsible for creating routes for Lashkar operatives which are already in use for his drug trade. 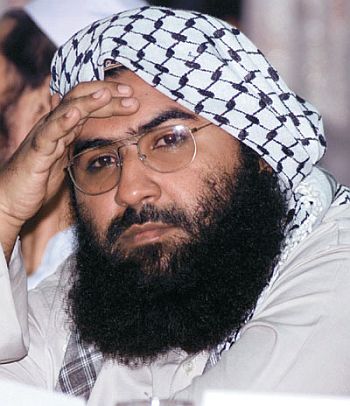 Maulana Masood Azhar: A key figure in the Kashmir Valley, this Jaish-e-Mohammad leader's focus had always been on Kashmir and is accused of carrying out mass killings in the Valley.

However, his name came to the limelight during the Kandahar hijack case where the hijackers traded passengers of Indian Airlines Flight 814 for his release. 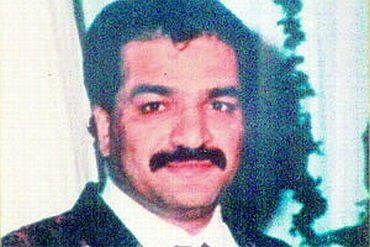 Memon Ibrahim: A close aide of Dawood Ibrahim and was one of the key accused in the 1993 serial blasts. He is said to be hiding in Pakistan and furthering the business of the D gang.

Anis Ibrahim: Brother of Dawood Ibrahim hiding in Pakistan today. He is a key member of the D gang and has control over the business in the Gulf areas.

Chota Shakeel: Dawood's right hand man, Shakeel is more wanted for extortions in India. He also has a major role in all D company related operations in India.

Memon Abdul Razak:  Known as Tiger Memon, he alongwith other co accused persons hatched a criminal conspiracy to cause terrorist acts inIndia. In pursuance of the said conspiracy, he arranged weapon training for co accused persons in Pakistan. Arranged smuggling of RDX, chalking of plans for explosions in 1993. 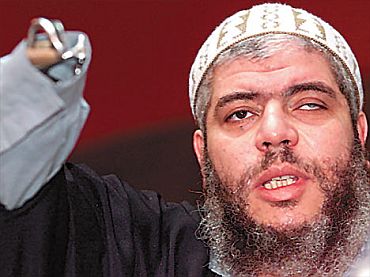 Abu Hamza: His name first cropped up during the Indian Institute of Science attack at Bengaluru.

Following this attack, he was packed off to Pakistan and was put in charge of organizing attacks from there.

He came into the limelight once again post 26/11. He was one of the handlers who was on the phone with the terrorists who carried out the attack. He was made a handler after the Lashkar realised that his skills on the field were not up to the mark.

Today, he continues to be in Pakistan and is one of the primary handlers of the Lashkar since the outfit found him to be a better motivator and a planner when compared to a foot soldier. 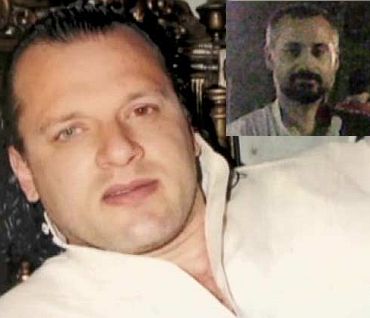 The main coordinator in the Headley case, Pasha retired from the Pakistan army in the year 2007 following which he was on the rolls of the Lashkar.

Although Pakistan continues to deny that this man had anything to do with Headley, he has been named by the United States Justice Department during the Headley case.

He stayed in touch with Headley during the operation and it is said that the there are telephonic conversations between him and Headley to support the case. Headley too in his interrogation told the NIA about the role played by Pasha. 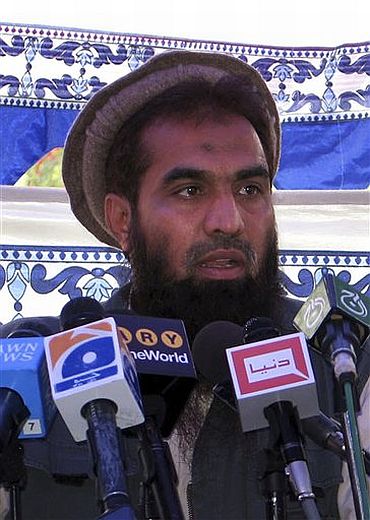 Zaki-ur-Rehman-Lakhvi: The number two on the Lashkar hierarchy, he goes by the name of Lakvhi chacha for all his cadres.

While his boss Saeed is the ideological face of the Lashkar, Lakvhi is more in charge of operations and recruitments.

He was the one who personally oversaw all aspects pertaining to recruitments and training for the 26/11 attack. 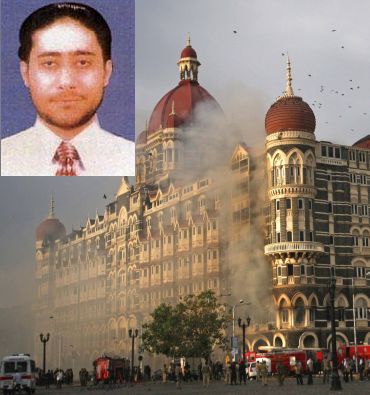 Sajid Majid: An unheard of name, this man came into the limelight post 26/11.

His name came up repeatedly during the David Headley interrogation and it was established that he was the handler with whom Headley stayed in touch during his India operation.

A red corner notice has already been issued against him by India. 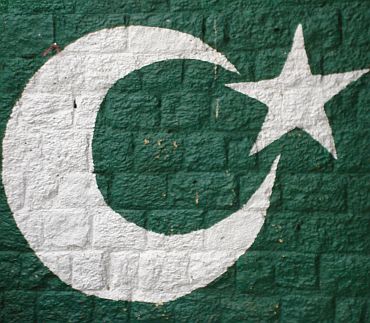 Major Iqbal: Charged now by the United States for taking part in the 26/11 attack, this man is said to be an officer in the ISI.

During the Headley operation, he was said to be the main handler and guided Headley through the operation. He is currently in Pakistan and his name will come up once again when the Rana trial takes place on May 16th.

Major Sameer Ali: An officer in the Pakistan Army, his name cropped up during the Headley case.

He is believed to have worked closely with Major Iqbal during the 26/11 operation and had helped Headley too.