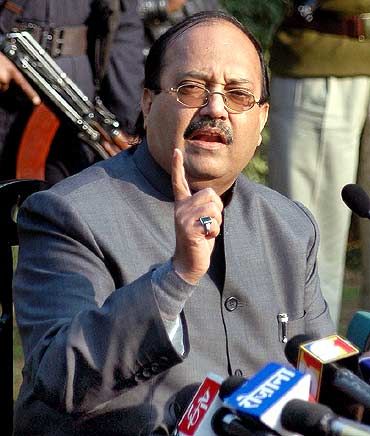 Rajya Sabha member of Parliament Amar Singh, facing prosecution for his alleged role in the 2008 cash-for-vote scam, on Tuesday claimed he has "full information" about the episode but refused to comment as case is sub-judice.

"I have full information about the case. But I will not comment as the matter is sub-judice," Singh said addressing a press conference in New Delhi.

Singh, who was undergoing treatment under judicial custody at the All India Institute of Medical Sciences, was granted bail by the Delhi high court on October 24 on "humanitarian grounds" in view of his medical condition. 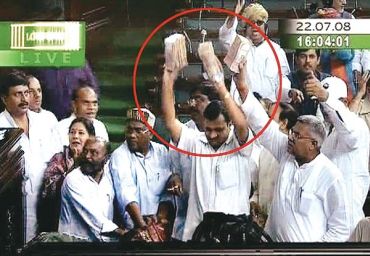 The former Samajwadi Party leader said he has full faith in judiciary and would not comment on the scam although a section in SP was trying to "defame" him.

He said he would go to Singapore either on November 15 or 16 for further treatment of his kidney ailment.

"I have delayed my visit to Singapore as my doctor has gone to the United States. Now I have planned to go to Singapore either on November 15 or 16. I will apprise the court about my travel plan," he said.

A Delhi court on November one had allowed him to go to Singapore from November 8 to November 30, stipulating that he would have to furnish a surety bond of Rs 5 lakh before going abroad. 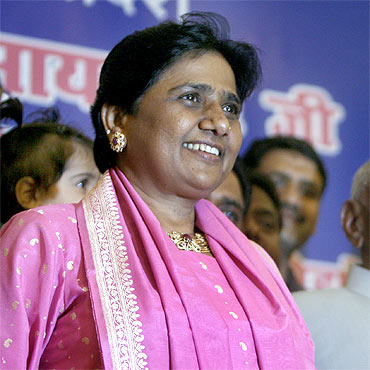 Singh had moved the court last month for its permission to go abroad. The high court, while granting bail to Singh, had said that he would not leave the country without prior permission of the lower court. He was arrested in the cash-for-vote case on September 6.

During the press conference, Singh demanded creation of a Poorvanchal state curved out of Uttar Pradesh and asked Chief Minister Mayawati to bring a proposal in this regard in  the winter session of state Assembly.