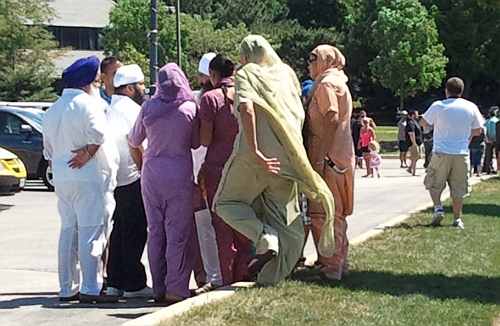 Image: Anxious relatives await updates on those inside the Gurudwara
Photographs: Courtesy A J Bayatpour/Twitter

Seven people have been killed and up to 25 people injured -- three of them critically -- when a gunman opened fire at a Gurudwara in Wisconsin in an attack during Sunday morning prayers.

The gunman was killed in an exchange of fire with a law enforcement officer, who too received multiple gunshot wounds but is out of danger.

Police said they have not yet identified if there was any additional shooter. Preliminary reports said that at least three gunmen were involved in the attack.

Temple President Satwant Kaleka was injured in the shooting and taken to the hospital.

According to Satwant's sister-in-law Parmindar Kaur, about 25 people are believed to have been injured. A Sikh priest had specially come from India to address the gathering on Sunday. 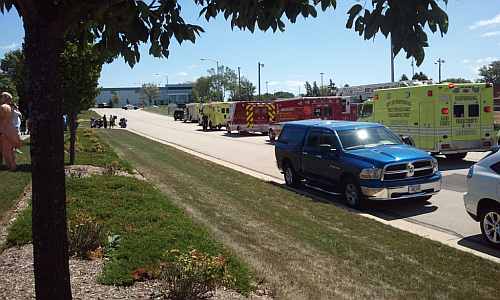 Medical sources said that three people are in critical condition and have been admitted to Froedtert hospital.

The shooting at Oak Creek, just south of Wisconsin's biggest city Milwaukee, occurred at around 11 am (local time), the Milwaukee-Wisconsin Journal Sentinel reported. Oak Creek is about 1,250 km from New York.

About 300 to 400 people were reported to be at the Gurudwara, built about 6-7 years ago, and is spread over an expansive area.

Indian Ambassador Nirupama Rao described the shooting as extremely tragic and said that the embassy was in touch with the National Security Council at White House. The Consul General at Chicago is deputing an official to the spot. 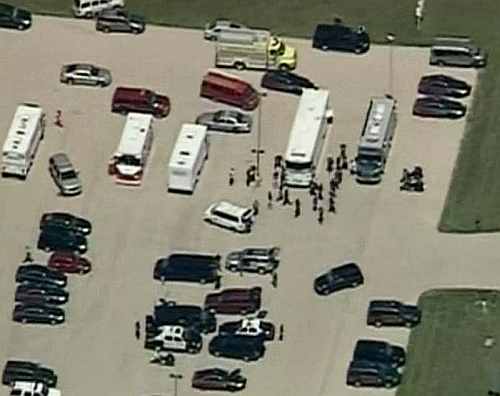 Image: An aerial view of the Gurudwara

"We have seen reports on the tragic incident earlier today of firing at a group of worshipers in a Gurudwara in the Milwaukee suburb of Oak Creek, Wisconsin," Rao said in a statement.

"The Embassy is seized of the situation and has been in touch with the National Security Council in Washington," she said.

Rao said the Indian Consulate General in Chicago too has been in close touch with the local authorities to monitor the situation.

US President Barack Obama was also briefed by his counter-terrorism advisor John Brennan on the situation and the White House is seized of the matter, US officials said.

Meanwhile, various groups have condemned the shooting calling it a "cold-blooded massacre of innocent worshipers". 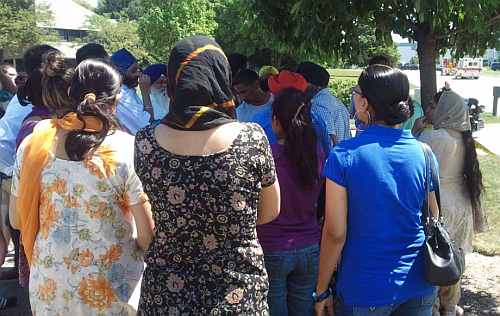 Indian Minorities Advocacy Network and Muslim Peace Coalition USA condemned the heinous attack and urged the Muslims to hold special prayer services in this holy month of Ramadan for the victims.

Shaik Ubaid, a founding member of ImanNet, urged mosques and temples to ask for extra police protection and to put security measures in place.

"The campaign of hatemongering against the religious minorities and immigrants that is being supported by some mainstream politicians has endangered all Americans," he said.