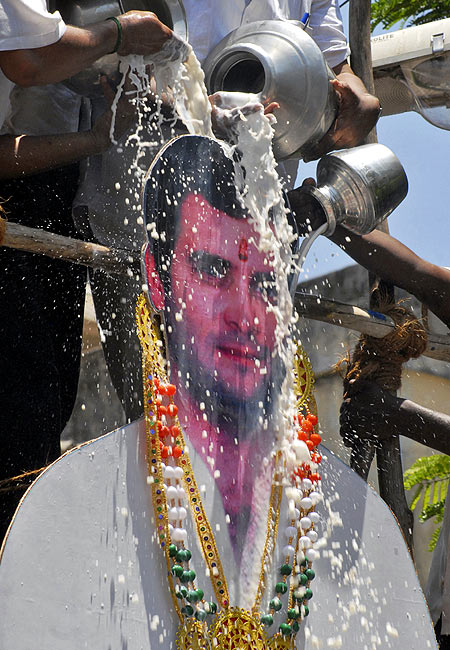 All this and more in this week's Dilli Gupshup.

Can you believe it? The much-talked about reshuffle has taken place and, despite Union Minister for Agriculture Sharad Pawar's angst, heir-apparent Rahul Gandhi has still not been inducted into the Cabinet.

Unfortunately for Pawar, it does not mean he is home free. Like everyone who has their ear to the ground, he knows this is just a 'paper' reshuffle.

There will be a substantive Cabinet reshuffle after Parliament's monsoon session; it is during this reshuffle that Rahul is likely to join the UPA government.

Apparently, Sonia Gandhi did not want a full-fledged Cabinet reshuffle due to Chaturmas (Chaturmas, which is observed from July to October, is a period of penance. It is considered inauspicious for weddings and other celebrations).

But the leaders of India's oldest party, like in that apocryphal tale of the blind men and the elephant, are unable to stop speculating about Rahul's future role.

Union Minister for Law and Justice Salman Khurshid wants him in the Union cabinet. As does his colleague, Minister for Rural Development Jairam Ramesh.

As does fellow Congresswallah Digvijay Singh.

Poor Rahul! No wonder he regularly pulls a disappearing act.

Click on NEXT to find out why Sushil Kumar Shinde is considered a master player... 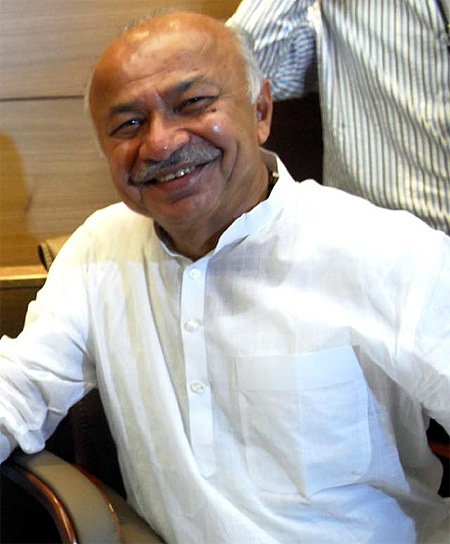 While Rahul Gandhi is battling the Congress's rising expectations, another Congress leader has managed to stir up a lot of angst within the party.

The elevation of Sushil Kumar Shinde as Union home minister has resulted in bad blood within the Congress.

Minister for Information and Broadcasting Ambika Soni and Minister for Urban Development Kamal Nath, who were the movers and shakers in the party during the Sanjay Gandhi era, are also feeling left out.

But, as they say, Shinde proved to be smarter. He was even seen accompanying Sonia Gandhi to the 'at home' function hosted by then president Pratibha Patil on July 22.

In fact, he is such an excellent game player that Congress insiders view him as next President in 2017.

Click on NEXT to find out the aftershocks of the N D Tiwari verdict... 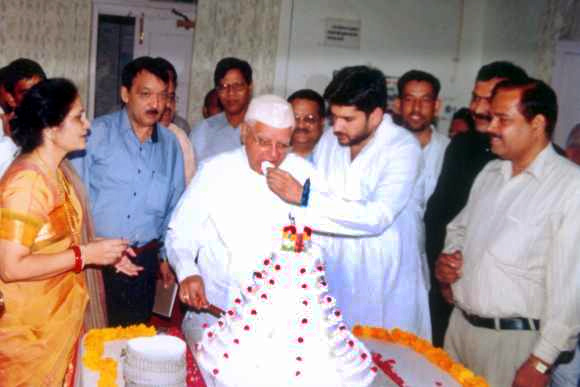 Despite his desperate attempts, Congress veteran ND Tiwari finally lost the paternity suit filed by his son, Rohit Shekhar. He even failed to keep the court's judgment under wraps.

It is believed that a former Speaker, a member of the Rajya Sabha, two leaders in the Opposition and four ministers have skeletons in their cupboard.

These skeletons, they were sure, would remain buried in their deep graves. But, after what happened to Tiwari, they are not so sure.

Their big worry now is whether they will also go the Tiwari way.

Click on NEXT to find out why Mamata Banerjee is feeling nostalgic...

Revealed! The soft side of Mamata Banerjee 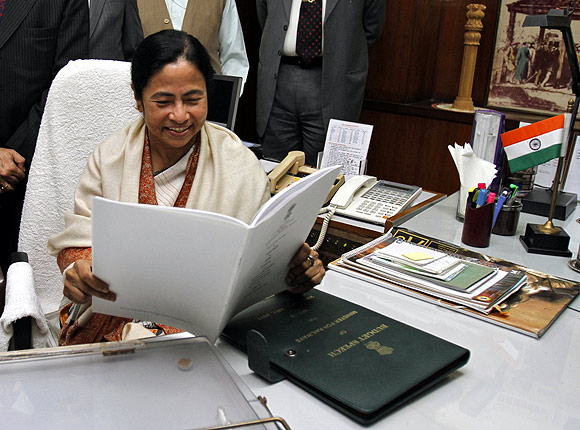 Image: Mamata Banerjee seems nostalgic about her stint in the Union railway ministry.
Photographs: B Mathur/Reuters

Who would have thought that Mamata Banerjee, the doughty, slipper-clad chief minister of West Bengal, nurses a soft corner for the railway ministry?

The former Union railway minister may have moved up in the ladder but she clearly misses her cabinet portfolio that is currently held by her party colleague, Mukul Roy.

Mamata was recently in Parliament's room number 6, which now belongs to Roy. Some members of the Railway Board, who had come to meet the minister, ended up sipping chai with Didi, whose sense of nostalgia was clearly evident in the way she interacted with these senior officers, who had served under her when she was minister.

Click on NEXT to find out why Vijay Goel is a worried man... 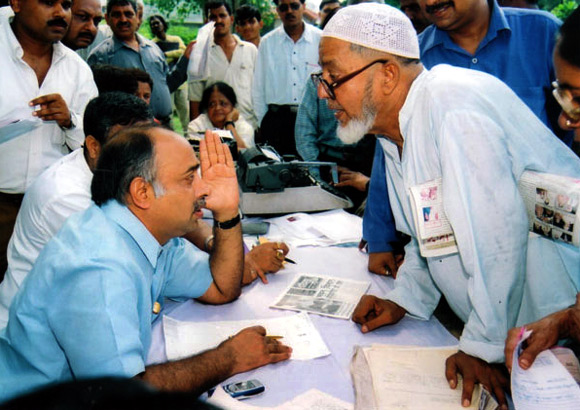 Image: Vijay Goel's report on Assam had no takers within his party.
Photographs: Courtesy vijaygoel.in

Post his tour, he submitted a lengthy report, but there are few takers for it in the BJP.

Poor Goel! He cannot fathom why his report has not become a talking point within the party.

Only if he had his ear to the ground, like we do, he would have realised that it may have to do with his image as a 'Delhiwallah' politician.

He is seen as BJP's chief ministerial aspirant for Delhi and not a 'national leader.'

The question is: Is Goel listening?