Sign in  |  Create a Rediffmail account
Rediff.com  » News » Does Agni-V have 8,000-km range? The Chinese think so 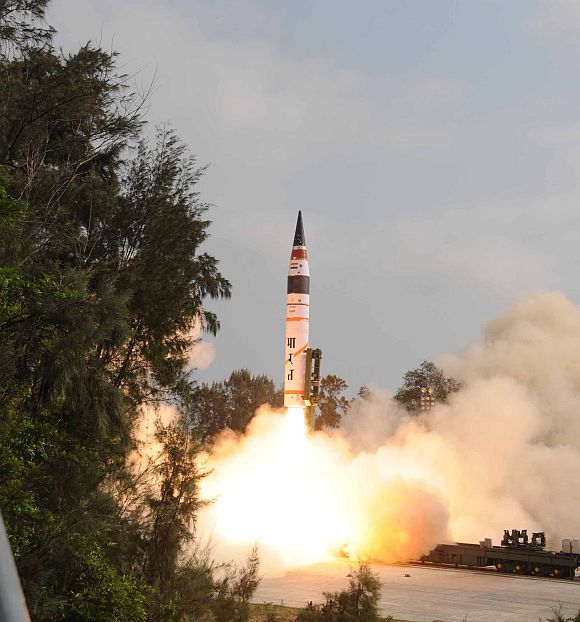 Chinese strategic experts have said that India's Agni-V missile has a potential to strike targets 8,000 km away and the launch of the long-range weapon shows that India is making concrete efforts to become a world power.

A top People's Army researcher, Du Wenlong has said that India has downplayed the rocket's capability to avoid causing concern to other countries. He said that the missile's range was actually 8,000 kms and not 5,000 as claimed by Indian scientists.

Launch of the India's most potent missile continued to make waves among Chinese analysts and media with a daily screaming 'India launches rocket that could hit Shanghai'. 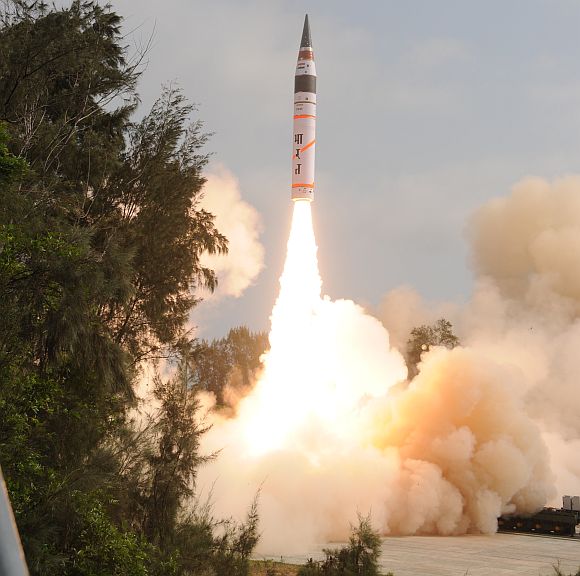 Another leading Chinese researcher Su Hao, director of the centre for strategic and conflict management at China Foreign Affairs University told China Daily that Agni-V launch shows that India is making concrete efforts to support its ambition to become a world power.

The expert claimed that with the success of the long-range Agni-V India has finally acquired the third part of strategic triad after acquiring nuclear weapons and an aircraft carrier.

"Compared with conventional weapons, nuclear weapons and strategic long-range missiles serve more as deterrents, but they are necessary for a global power," Su said. 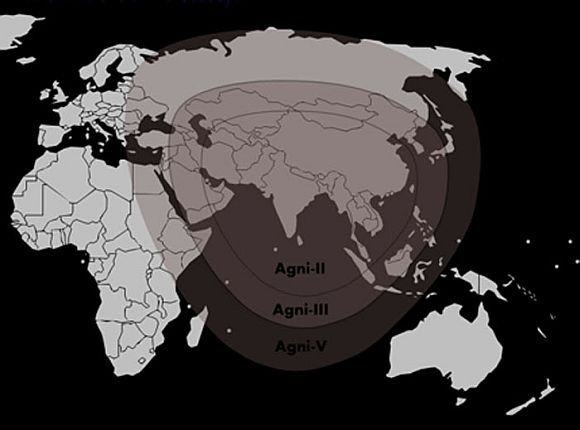 Fu Xiaoqiang, a Chinese expert on South Asia, told Global Times that the missile test "not only makes India sit at the same table as the ICBM club but also makes it a bigger player in a multi-polar world."

"India has been seeing China as a goal or a competitor for its own development, military power included," Fu said adding that "China does not see India as a threat in reality".

"The development of India helps push forward the multi-polarisation of the world," he said.

Most of the Chinese language media too highlighted the strategic significance of the Agni-V's launch playing down the long held perception of the past that India's missile programme was Pakistan-centric.