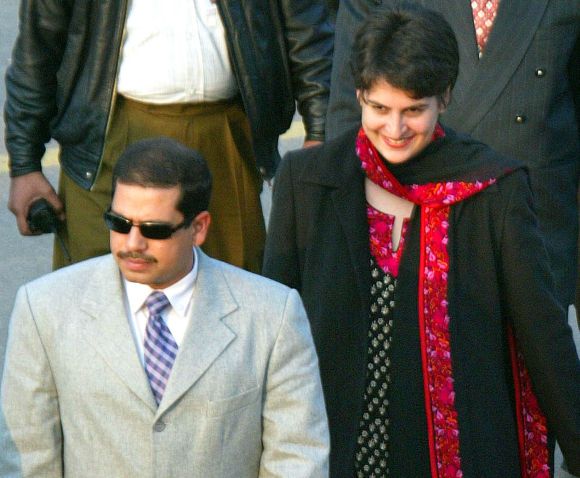 By pronouncing, without an enquiry, that Vadra is innocent, the Congress ministers can be held to be trying to influence the investigating agencies not to go into the matter because Robert Vadra is a privileged person related to Sonia Gandhi and Priyanka Gandhi and is above the law and any investigation, notes B Raman.

The various allegations made against Robert Vadra, the husband of Priyanka Gandhi and the son-in-law of Congress president Sonia Gandhi, fall into two categories -- criminal and ethical.

The criminal allegations relate to accumulation of wealth beyond his known sources of income.

The other allegations relating to the favours shown to him by the DLF in matters of loans, advances and under-estimation of property value would indicate, if established to be true, a pattern of unethical and not illegal conduct by Vadra.

All these allegations, even if they remain allegations without proof, will have their political fall-out in influencing the perceptions of large sections of the people regarding Priyanka Gandhi, Sonia Gandhi and the Congress.

The allegations have to be countered at the political, ethical and legal levels. The political counter has to come from Sonia Gandhi in her capacity as the Congress president and the authorised spokespersons of her party. The objective of the political counter would be to prevent Sonia Gandhi, Priyanka Gandhi and the Congress from being tainted by the alleged wrong-doings of Vadra and to convince the public that whatever Vadra did was in his individual capacity and that the party, its president and daughter cannot be blamed for his actions.

CBI has to take cognisance of the published reports 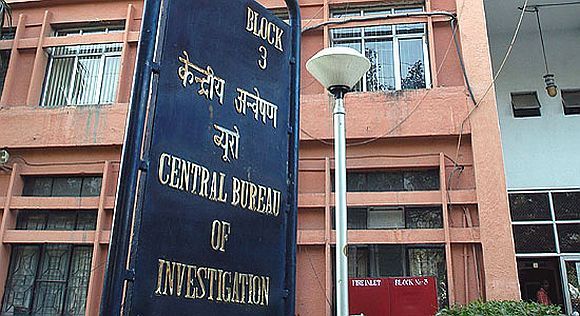 Image: The CBI headquarters in New Delhi
Photographs: B Mathur/Reuters

For this purpose, it is quite legitimate for Sonia Gandhi to direct the spokespersons of her party to interact with the media and appear on TV channels to refute any allegations against the Congress, herself, and Priyanka.

The allegations of an ethical nature have to be countered by Vadra and the DLF company through their personal and institutional explanations to the public. The DLF has sought to do this to some extent, but Vadra has avoided doing this and has sought to take a holier than thou attitude.

On the criminal allegation regarding accumulation of wealth beyond his known sources of income, the Central Bureau of Investigation has to take cognisance of the published reports and initiate the following action:

( i). Register a Preliminary Enquiry Report summarising the allegations publicly made against Vadra and start a PE into these allegations.

( ii ). Issue a written directive to Vadra to submit a list of his movable and immovable assets, a collation of his sources of income, a list of his bank accounts and Xerox copies of his banking transactions and income-tax returns.

(iii ).Scrutinise the documentary evidence so submitted by Vadra and reach a conclusion as to whether his known sources of income would have legitimately enabled him to acquire all the property owned by him.

( iv ).If the conclusion is that the accumulation of wealth by Vadra was in order, inform him and the public and close the PE into the criminal allegations.

( v ). On the other hand, if the conclusion is otherwise, register a First Information Report against Vadra and take up a formal investigation for determining whether he should be arrested and prosecuted.

Did the ministers intervene with the PM's knowledge and approval? 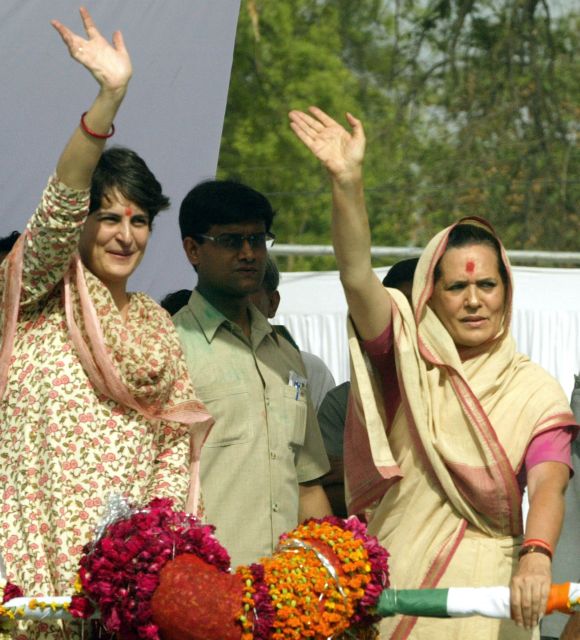 In this connection, the fielding of senior members of the Council of Ministers headed by Prime Minister Manmohan Singh and the governor of Karnataka to certify his business transactions as above board without a formal PE as required under the laws relating to corruption and income tax evasion is not only unethical and irregular, but also illegal.

The interventions of these representatives of the government in order to discount in advance the need for any PE amount to attempts to obstruct and influence the course of justice in order to ensure that the law does not take its course against Vadra.

By pronouncing, without an enquiry, that Vadra innocent, these ministers can be held to be trying to influence the investigating agencies not to go into the matter because Vadra is a privileged person related to Sonia Gandhi and Priyanka Gandhi and is above the law and any investigation.

It is not known whether the ministers have sought to intervene officially in a matter with possible criminal connotations on their own to proclaim their loyalty to Sonia Gandhi or at her instance and whether Dr Manmohan Singh has approved of their actions.

If all these interventions have been made by the ministers without his knowledge and approval, it is time for him to call them to order and to state clearly to the public that the government headed by him would not try to prevent or influence any follow-up action that may be required under the law by agencies of the government to investigate the allegations.

If Dr Manmohan Singh strongly feels unhappy over the actions of some of his ministers, it is time for him to resign from office instead of allowing the dignity and moral stature of his high office to be tainted by their actions.

In the Watergate enquiry in the United States, serious allegations of obstruction of justice and prevention of enquiry by the Federal Bureau of Investigation were made against then President Richard Nixon and his aides, including the then acting director of the FBI. When these allegations were found to be true, he had to resign and his aides who sought to obstruct justice and prevent the law from taking its course were prosecuted and jailed.

Personally, Vadra cannot be equated with Nixon. He does not hold any office in the government of India. Whatever unethical or illegal acts he allegedly committed were in his individual capacity.

If an ordinary citizen of India had been accused of such acts, large sections of the governmental machinery would not have activated itself or would not have been activated in order to protect him from the arms of the law. The public perception will be that this has been done in his case because he is the son-in-law of Sonia Gandhi.

This matter should be debated in all its details and implications in order to ensure that there is no attempt to prevent the law from taking its course.