Sign in  |  Create a Rediffmail account
Rediff.com  » News » Congress does not know how to run a coalition: NCP 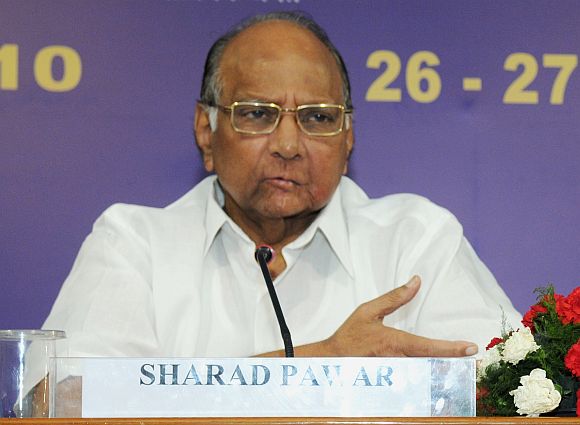 Upset at being superseded by A K Antony as No 2 in the Cabinet, Nationalist Congress Party (NCP) chief Sharad Pawar did not attend its meeting on Thursday evening. Party spokesperson and Rajya Sabha member D P Tripathi speaks to Kavita Chowdhury on his party's stand. Edited excerpts:

NCP, part of the UPA coalition, chose to skip the Cabinet meeting; both Sharad Pawar and Praful Patel were absent. Why?

We did not attend the Cabinet meeting for the first time in eight years.

In fact, we had also skipped the UPA allies meet on July 14; that, too, was the first such ally meeting we did not attend in eight years. We took this decision not to attend the Cabinet at a party meeting this evening, where all leaders were present. It was a conscious decision.

It is a much more serious issue and is not like what the media is making it out to be, that Sharad Pawar is angry at being not made No 2. Being such a senior politician and minister, he has never asked for higher posts. 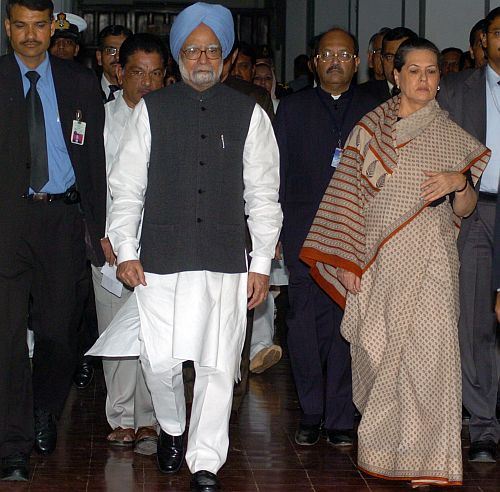 It is definitely important -- Pawarji's not attending. We in the NCP have always supported the Congress-led UPA and supported all their decisions. We will discuss the situation further within our party and get back to the media.

I have said on several occasions earlier that the Congress does not know how to run a coalition. The NCP has continuously demanded that there should be a coordination committee. But that is not the issue today.

Pawar's name was listed on the PMO website as second only to Pranab Mukherjee; soon after Mukherjee resigned, he even occupied Mukherjee's position for one Cabinet meeting. But within three days, the list was removed from the PMO website and now we are hearing of A K Antony as No 2. Is it to protest against this "insult" to Sharad Pawar that NCP ministers did not attend the Cabinet meeting today?

Is NCP contemplating escalating this; remaining in UPA but pulling out its ministers?

We are the least demanding of all allies. There is a way of managing coalitions.