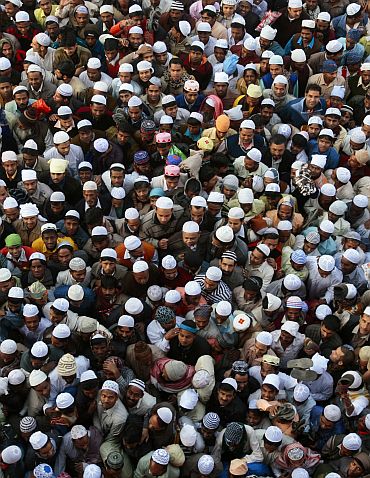 The world's Muslim population is expected to increase by about 35 per cent in the next 20 years, rising from 1.6 billion in 2010 to 2.2 billion by 2030, according to new population projections by the Pew Research Center's Forum on Religion & Public Life.

How does India stand in this? Not much of a change, it seems. 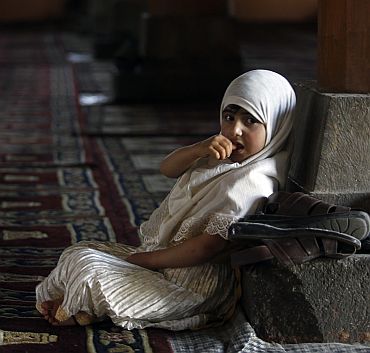 These are among the key findings of a comprehensive report on the size, distribution and growth of the global Muslim population.

The report by the Pew Forum on Religion & Public Life seeks to provide up-to-date estimates of the number of Muslims around the world in 2010 and to project the growth of the Muslim population from 2010 to 2030. The projections are based both on past demographic trends and on assumptions about how these trends will play out in the future.

Fertility rates for all populations in India have been declining in recent years, in part because of increasing use of birth control.

However, Muslims in India continue to have more children on average than non-Muslims, mainly because Muslims' use of birth control still falls below the national average, reports Pew.

Muslims in India are poorer and less educated 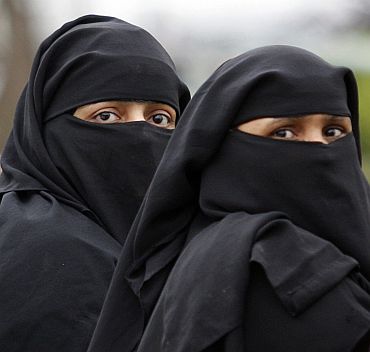 In 2005-2006, for example, 45.7 pc of Muslim couples used some form of birth control, compared with 56.3 pc of couples in the general population, according to an analysis of the National Family Health Survey.

Muslims in India are poorer and less educated than other religious groups. These characteristics are often associated with higher fertility rates. For instance, according to the 2001 census, only 3.6 pc of Muslims in India age 20 and older are college or university graduates, compared with 6.7 pc of all Indians in this age group. The literacy rate among Muslim women (50.1 pc) is lower than the rate among other women in India, including Hindus (53.2 pc) and Christians (76.2 pc).

Muslim women also are less likely to work outside the home than non-Muslim women, and employment is associated with lower fertility. If current trends continue, however, 79 countries will have a million or more Muslim inhabitants in 2030, up from 72 countries today. A majority of the world's Muslims (about 60 pc) will continue to live in the Asia-Pacific region, while about 20 pc will live in the Middle East and North Africa, as is the case now.

But Pakistan is expected to surpass Indonesia as the country with the single largest Muslim population.

The portion of the world's Muslims living in sub-Saharan Africa is projected to rise; in 20 years, for example, more Muslims are likely to live in Nigeria than in Egypt. Muslims will remain relatively small minorities in Europe and the Americas, but they are expected to constitute a growing share of the total population in these regions.

In the United States, for example, the population projections show the number of Muslims more than doubling over the next two decades, rising from 2.6 million in 2010 to 6.2 million in 2030, in large part because of immigration and higher-than-average fertility among Muslims.

The Muslim share of the US population (adults and children) is projected to grow from 0.8 pc in 2010 to 1.7 pc in 2030, making Muslims roughly as numerous as Jews or Episcopalians in the United States now. 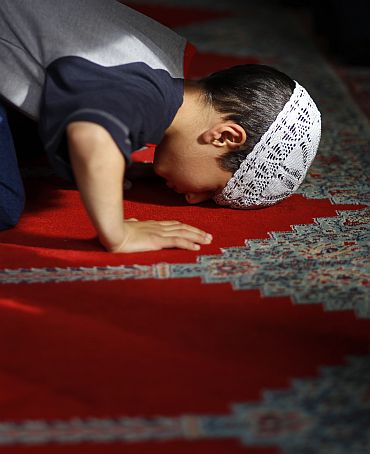 In Europe as a whole, the Muslim share of the population is expected to grow by nearly one-third over the next 20 years, rising from 6 pc of the region's inhabitants in 2010 to 8 pc in 2030.

In absolute numbers, Europe's Muslim population is projected to grow from 44.1 million in 2010 to 58.2 million in 2030. The greatest increases -- driven primarily by continued migration -- are likely to occur in Western and Northern Europe, where Muslims will be approaching double-digit percentages of the population in several countries.

Why faster population growth is projected 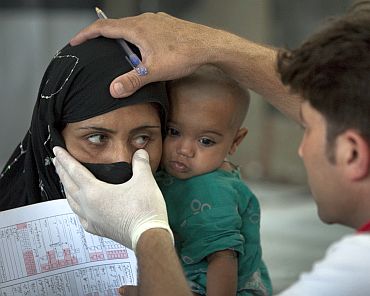 Several factors account for the faster projected growth among Muslims than non-Muslims worldwide.

The growth of the global Muslim population, however, should not obscure another important demographic trend: the rate of growth among Muslims has been slowing in recent decades and is likely to continue to decline over the next 20 years. From 1990 to 2000, the Muslim population grew at an average annual rate of 2.3 pc. 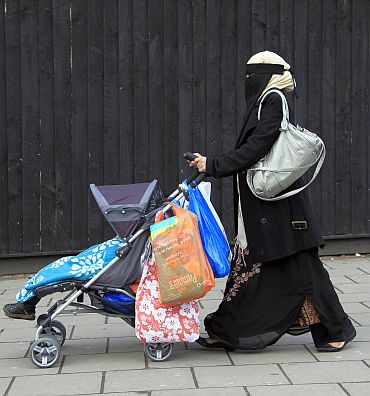 The declining growth rate is due primarily to falling fertility rates in many Muslim-majority countries, including such populous nations as Indonesia and Bangladesh.

Fertility is dropping as more women in these countries obtain a secondary education, living standards rise and people move from rural areas to cities and towns.

The slowdown in Muslim population growth is most pronounced in the Asia-Pacific region, the Middle East-North Africa and Europe, and less sharp in sub-Saharan Africa.

The only region where Muslim population growth is accelerating through 2020 is the Americas, largely because of immigration.

In 1990, more than two-thirds of the total population of Muslim-majority countries was under age 30. Today, people under 30 make up about 60 pc of the population of these countries, and by 2030 they are projected to fall to about 50 pc. 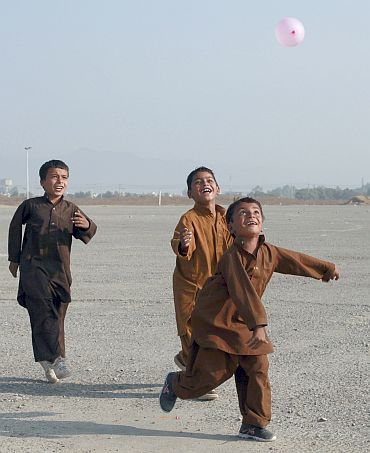 Muslim-majority countries, however, are not the only ones with ageing populations.

As birth rates drop and people live longer all around the globe, the population of the entire world is aging. As a result, the global Muslim population will remain comparatively youthful for decades to come.