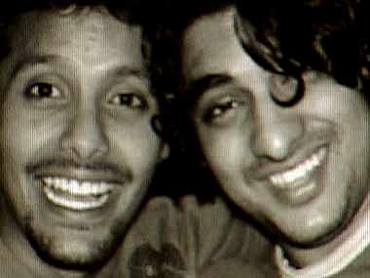 Image: Keenan Santos and Reuben Fernandez were stabbed in Mumbai after they raised their voice against an ever-teaser

Keenan Santos and Reuben Fernandez, the two youths from Mumbai, died fighting eve-teasers. But this was not the first time they stood for what is right. Earlier, Keenan had help bust a piracy and drug racket in the area and Reuben spearhead the Lokpal campaign in his locality. N Ganesh reports

Keenan Santos, 24, and Reuben Fernandez, 29, will not just be remembered for how they died but also how they lived.
The duo from Amboli, Mumbai, was murdered by a gang of four, who were offended when their attempt to eve-tease was resisted on the night October 20. Family, friends and well-wishers, and the numbers are swelling, of the two bravehearts from Amboli are now fighting for justice.

At 11 pm on the fateful night Santos, Fernandes and five other friends stepped out for paan after having dinner in an Amboli restaurant in Andheri. They got into an argument with main accused Jeetendra Rana after he allegedly started harassing the girls accompanying them including Keenan's girlfriend, Priyanka Frenandez. Rana retreated, but only to return with 20 friends and stabbed Keenan and Reuben. 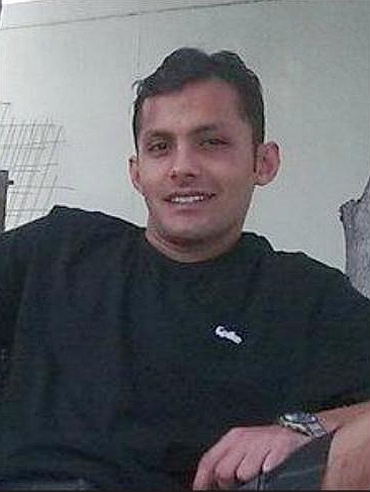 On that fateful night, Keenan stood up for what he valued the most -- his friends. He loved to socialise and was a happy-go-lucky person.

Keenan, Reuben and Priyanka did their schooling at the St Blaise High School in Amboli. Keenan was the eldest of three children of Valerian and Valeri. His father Valerian is a chief engineer with Parle International Hotel.

Keenan attended college till Std XII and was passionate about working in the hospitality industry -- he even worked at a few high-end pubs. He dreamed of making it big and this he shared with his mother. Indeed, he was a fun-loving youth, but at the same time he had a strong sense of principles. He would always stand for what is right.

Keenan along with his friends had once busted a video piracy racket in their neighbourhood and volunteered as a decoy for the police to help raid a Juhu pub where youngsters were found in possession of drugs. Like Keenan, Reuben too was friendly; on Facebook he has 356 friends. He was a fitness freak. His brother Benjamin recalls how Reuben would make fun of his 'flabby stomach' calling it an 'eight pack'. An adventurist, he would often ride all the way to Goa on his Enfield.

Reuben too was very vocal and forthright about his views. He had taken the initiative to spearhead the Lokpal campaign in his locality and also gathered residents to join the protest march against corruption from Juhu to Bandra.

Fond of rock music particularly the Guns N' Roses, he named his pet boxer as Slash, after the lead guitarist of the band. Slash was fondly remembered by Reuben even two years after the dog died in 2009. Just last month, Reuben celebrated his birthday.

Clearly, the two friends were alike in more ways than one. They stood up for what is right and lost their lives fighting eve-teasers as the public watched.

Nearly, two weeks after their deaths the outrage continues. In Mumbai, a signature campaign has been started for strengthening Indian Penal Code sections 354 (assault on woman with intent to outrage her modesty) and 506 (criminal intimidation) to make the offences non-billable. On the internet, multiple discussion threads have users from across Indian discussing police protection and sexual harassment and safety in Mumbai.