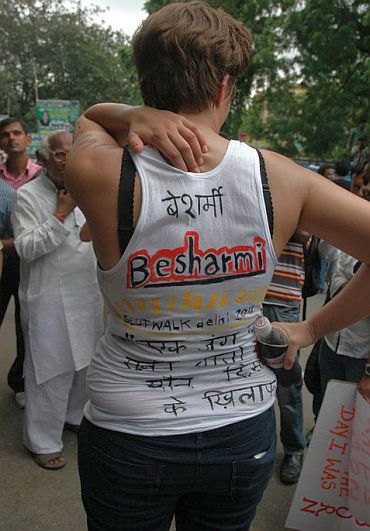 'You stare at me not because of my clothes but because I'm a woman', read one of the placards as the now famous 'slutwalk' protests against sexual violence reached New Delhi.

Cutting across age and gender, protesters marched to the Jantar Manter under the 'Slutwalk Arthaat Besharmi Morcha' campaign to raise their voice against the attitude of blaming rape or sexual harassment on any aspect of a woman's appearance. 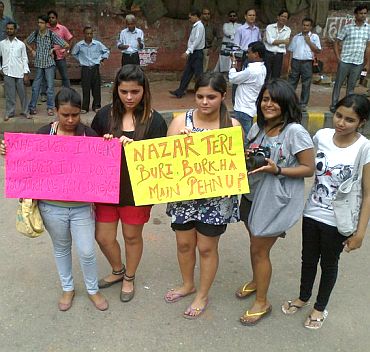 The rally was held amid tight security but unlike in other parts of the world, women participants didn't dress provocatively in the national capital.

"The purpose of this Slutwalk is to address the three important issues of gender inequality, gender stereotypes and victim blaming," Mishika Singh, one of the organisers of the event said. 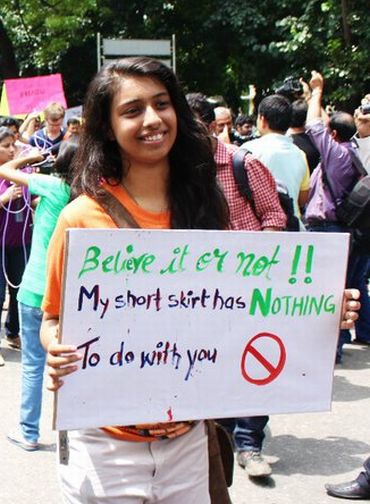 In Delhi, the name of the campaign was changed to 'SlutWalk Arthaat Besharmi Morcha' from the original 'Slutwalk' after activists protested the use of the term 'slut'. 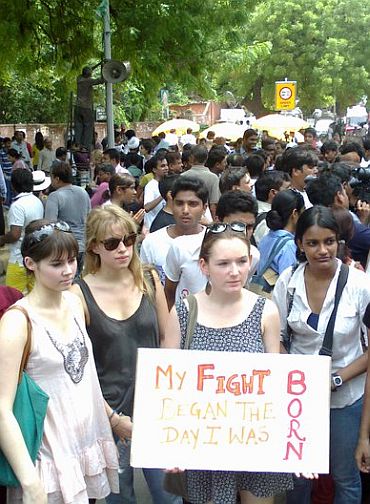 Nishta, a housewife had come all the way from Manesar, about 35 kms from here, along with her two-year-old child to lodge her protest against "indifference" towards women.

"I have come here so that my daughter doesn't have to be a part of such an event in future. If we don't protest now, they'll face the same violence, misbehaviour and indifference when they grow up." 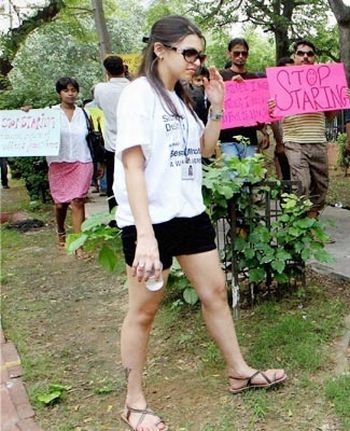 "The problem is with the mindset of the society, they have double standards towards the fair sex. How many times are men told to dress in a particular way? Only girls are constantly blamed for dressing skimpily," Nishta said. 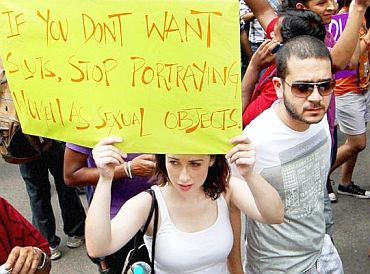 Socialite and actor Nafisa Ali said it is the responsibility of society as a whole to protect the women.

"The laws are there to protect women but they are not manifested on ground. It becomes imperative on every Indian to show more respect towards the women," Ali said. 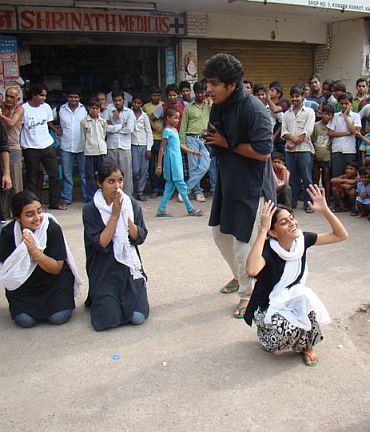 The concept of a slutwalk started in Toronto, Canada in April this year after women there staged such a protest against a police officer's remark that "women should avoid dressing like sluts in order not to be victimised".

It has since then been held in a number of cities around the world and, more recently, in Bhopal in India. 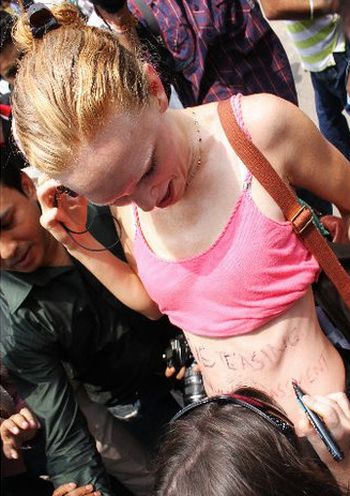 Leisly, who hails from Australia and is pursuing her Masters in Sociology from Delhi University said, "Certainly when I step outside my home here, I have to put on more clothes on my body so that people don't take me for granted.

"There is something to do with culture, why are women who dress in a particular way considered as perverts here," she asked. 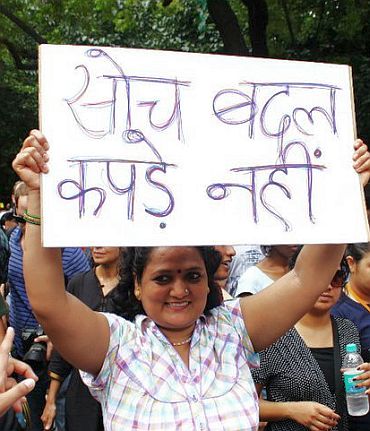 "What sort of a civil society are we talking about if it makes half of its citizenry feel unsafe and vulnerable? The mindset that we put up with, every single day, has only contempt for women who decide to be their own person. Don't wear a dress, don't laugh too loud, don't talk in loud voice, don't cuss and swear, don't look at men who stare at you, wear loose clothing, carry a pepper spray, learn self defence and learn how to fight the aggressors. They are not just innocuous tips; they are a noose for us women," the organisers posted on their official Facebook page.

"This is a movement against perpetrators of sexual crimes, against the mindset that looks down upon us for being independent and expressive." 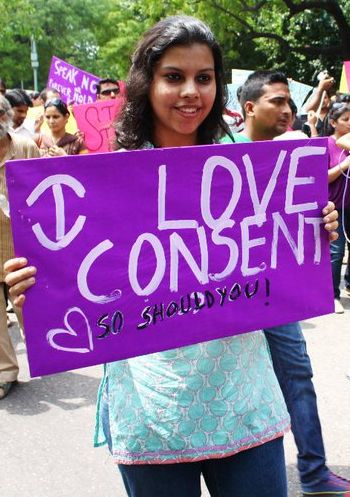 The organisers believe that the 'Slutwalk' was a success and that they had "partially" achieved what they were aiming at.

"Our aim was to get our message through to the people and we are elated to see such a massive response from people and the media. We are getting even more support online. It's an awesome feeling," said Karan, who is a part of the organising team.