Manil Suri: India should be sensible. Pakistan is very dysfunctional 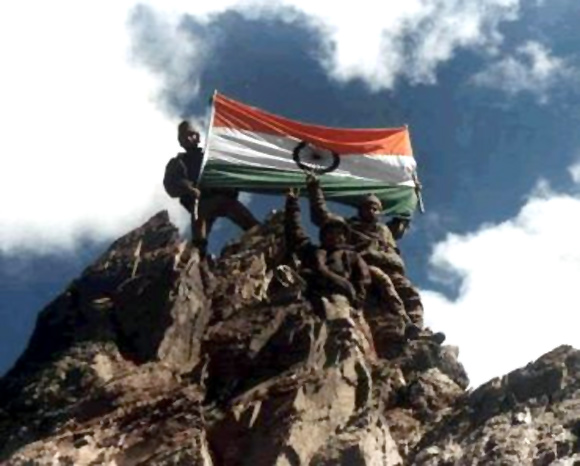 I look at the sign for Crawford Market behind me, still smouldering from last night's air raid (or has it simply been another terrorist bomb?). All around are shops gutted in the fire... (Chapter 1, The City Of Devi)

Manil Suri's third book, The City Of Devi, opens in a desolate, devastated Mumbai, turned into a smoking ruin by bomb attacks and nearly abandoned by its once-resilient citizens after it is threatened with nuclear annihilation.

The troubled subcontinent plays a vital role in The City Of Devi; Suri believes the strained relationship between India and Pakistan could be the flashpoint for a global war.

"Things did get every heated up in 2002," he says. "Some embassies actually evacuated their personnel."

Suri, a professor of mathematics at the University of Maryland in Baltimore, travels to India two to three times a year to spend time with his mother (He moved to the US when he was 20).

He was in India during the Kargil crisis. What he remembers most clearly, of that time, is the cover of India Today magazine.

"It was very lurid, you know, big yellows and oranges, with this big atom bomb going off in the middle of Delhi and people screaming and yelling and everything."

The magazine cover, says Suri, came as a shock because it was the first time he had actually seen something like that in the Indian media. Otherwise, he says, it was more a case of "it (a war) won't happen, so let's not think about it."

Despite the provocation, he says, he does not believe India will be the aggressor. "I am very worried about Pakistan because of the political situation there," he sighs. 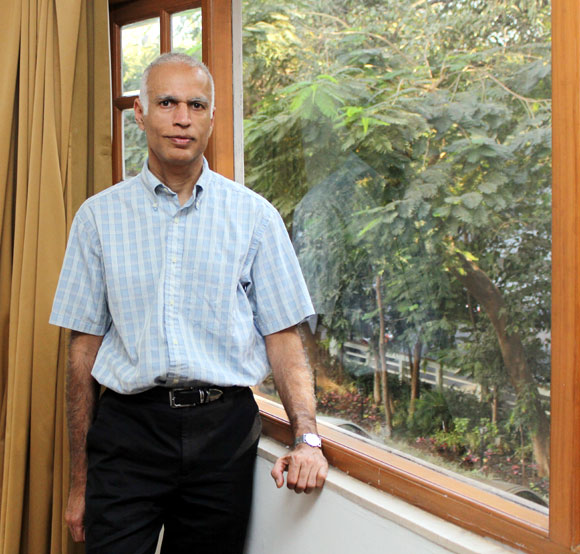 'The only certainty to emerge was that we couldn't count on the West, so embroiled in its own cataclysms now, to protect us any longer...

So when a new Pakistani communique surfaced the day after Karun left, settling definitively on a nuclear strike as a deterrent against defeat, the panic that had remained at bay so far started escalating...

'My khaki friend articulates the question that throbs in all our brains. "It's not like the Pakistanis can be trusted -- who knows when they really intend to launch? Why not finish them off first -- why are we taking such a chance?"' (Chapter 1, The City Of Devi)

The only saving grace," says Manil Suri, "is that when things go too far, I think what both countries hope and expect is that the US or the UN or someone will come in and calm things down. And that is what happened in 2002. The situation was defused."

In The City Of Devi, Suri explores the alternative -- what happens if the West or the United Nations can't mediate. "In the book, they (the West) end up having their own problems, they are battling cyber warfare and they can't come in. So the whole (crisis between India and Pakistan) accelerates rapidly. And that's the thing!"

"In the fog of war, you don't know what will happen. That's the scary part."

Earlier this month, two Indian soldiers -- Lance Naik Hemraj and Lance Naik Sudhakar Singh -- were killed and beheaded during an attack by Pakistani troops across the Line of Control in the Medhar area in Poonch.

Despite the severe provocation, and the media demanding strong action, India's reaction has been measured. It is this quality that India displays, says Suri, which gives him hope.

"India should be the sensible one. Pakistan is very dysfunctional. If you are face-to-face with someone who is crazy, then should you also act crazy? No. You should be sensible. At least one party has to keep things calm," says Suri.

"With so many groups running around doing what they want, I don't think Pakistan has the political power to really control things. So, if things go out of control there, then acting with great bluster and vigour (in India) could really make things worse," he adds.

"I am for keeping things at a certain level, not letting them escalate. I think that's the best strategy."

'As long as there is no real full-blown hostility, you're fine' 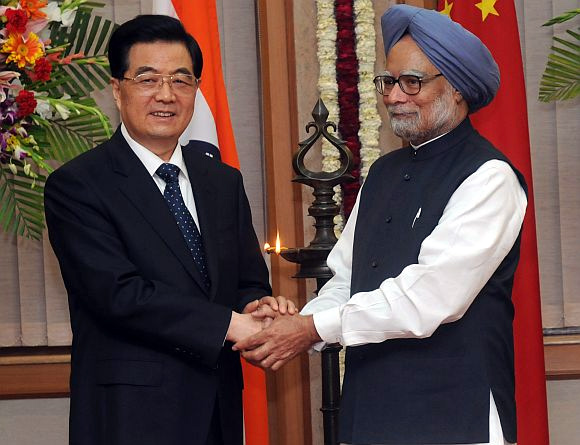 'With its prestige plummeting to humiliating depths, Pakistan was forced to ask China for help (a move the Pakistani president vociferously denied). In a flash invasion, Chinese troops poured in through the northeast frontier -- just like in Nehru's tenure in 1962, my father pointed out....

Their ostensible goal this time was to claim sovereignty over a border region so obscure that even our own prime minister had trouble pronouncing its name....

The Indian government lost no time in miring our military in this diversionary trap, then became too concerned with loss of image to pull out when Pakistan attacked from the northwest.' (Chapter 1, The City of Devi)

The Pakistan-China nexus makes India's position a little more tenuous," says Suri. "I checked with Sumit Ganguly, who has written very insightful pieces about India and Pakistan, and he agreed that China would always take the part of Pakistan."

However, says Suri, the situation is not all bleak. "I understand that the Chinese are facing uprisings in certain areas that might be Muslim-based." This, he believes, could impact their decision in the case of an India-Pakistan stand-off.

"Besides," he adds, "our economic ties with China have brought us much closer to each other. That should temper any kind of political problems that might occur."

Suri sees no relief in the immediate future to the skirmishes, and the tension, between India and Pakistan. "It's very hard to find a solution to this problem."

Till that happens, he says, "I would think it is certainly a good objective is to keep things contained. I think we've been pretty good about that even though there have been these ups and downs."

"As long as there is no real full-blown hostility, you're fine. And that might be the best one can hope for, for the next several years."