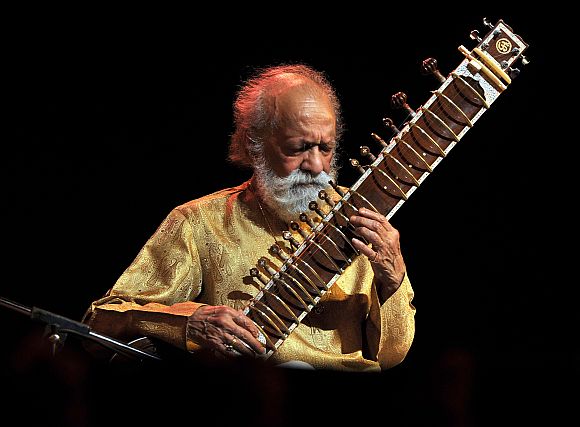 Artistes across the spectrum on Wednesday mourned the demise of sitar maestro Ravi Shankar with Prime Minister Manmohan Singh describing him as a national treasure and a global ambassador of India's cultural heritage.

As news of 92-year-old Ravi Shankar breathing his last came in from California, US, messages started pouring in with melody queen Lata Mangeshkar and top artistes Zakir Hussain, Shivkumar Sharma, Hariprasad Chaurasia and Vishwa Mohan Bhatt condoling the death of the sitar legend.

Utaad Zakir Hussain, in his condolence message, said, "Beings like him don't die. They just go back to heaven to take their rightful place amongst Gods. Today, with his presence, heaven is enriched. Farewell Ravi uncle."

'The classical sun of India has set' 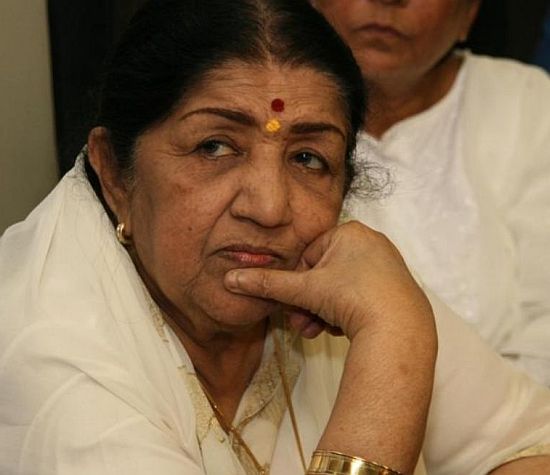 Lata Mangeshkar said, "He was a worshipper of Lord Krishna and was like the lord for us. We used to talk about everything. The classical sun of India has set and darkness has come over. There is no artist who spread Indian music this rapidly across the world. He was unique and was a blessed soul."

'He was so energetic and enthusiastic about life' 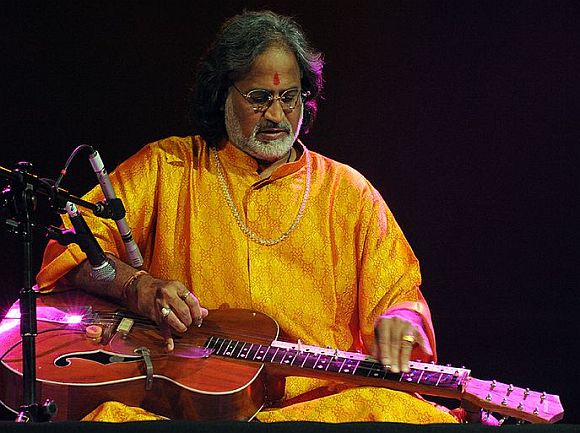 Classical musician Pt Vishwa Mohan Bhatt, who was a disciple of Ravi Shankar, said, "This is the saddest day of my life. I was one of his closest. He was a fatherly figure to me and took care of me. He was one musician with whom every artiste wanted to collaborate. He was so energetic and enthusiastic about life."

'It's a loss for the whole world. He was a global musician' 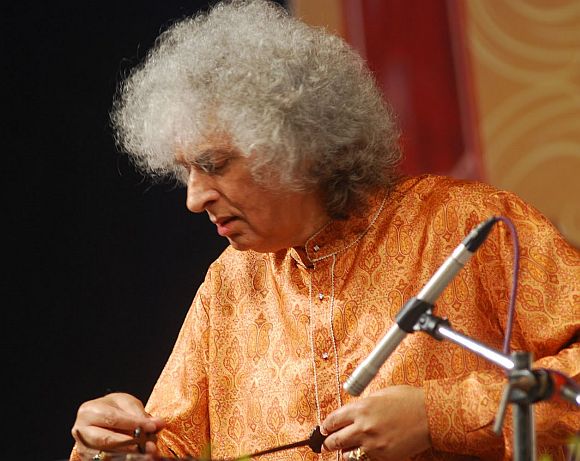 In his message to the sitar icon's wife Sukanya and daughter Anoushka, who is also an accomplished sitarist, Santoor player Shivkumar Sharma said, "It's a loss for the whole world. He was a global musician. Musicians like him are rarely born. I am very fortunate that I know him from half a century."

"I met him in my home town Jammu, where he had come to perform. Those days I used to play tabla and I had accompanied him on it. From then onwards, a long association started. He was very fond of my santoor too. There are very few musician who could be called be as legends of Indian classical music," Sharma said.

'I started crying when I heard the news' 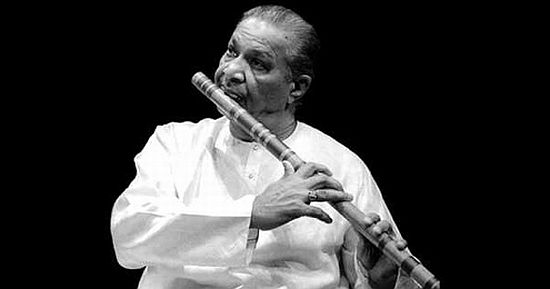 Flautist Hari Prasad Chaurasia remembered the times he performed with Shankar at concerts.

"I started crying when I heard the news. I am still learning music under Annapurna Devi, who was Shankar's first wife. I was also associated with Allauddin Khan, who taught Shankar as well.

"He and I used to work in the film industry and outside. We did 55 concerts together. I remember each and every moment spent with him. I learnt so much from him also. His hard work and love for Indian culture have made him a legendary musician," Chaurasia said.

'He was the king of tunes and rhythms' 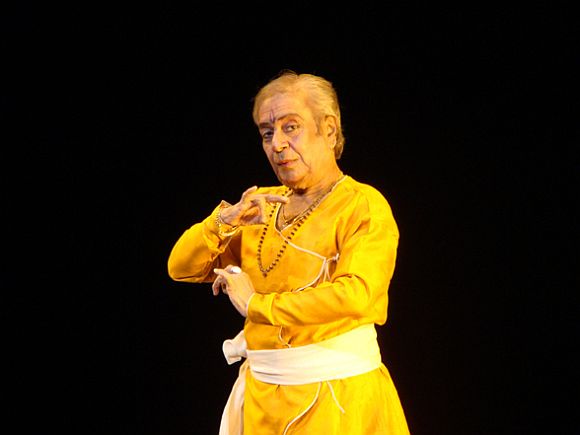 Kathak exponent Pt Birju Maharaj said, "He was the king of tunes and rhythms. I am in Los Angeles and wanted to meet him, he said few days back that he was not well. I'm really sad after hearing this. We have lost a big star. There are a lot of memories attached to him. I used to play tabla with him at his Feroze Shah house. His blessings were always with me."

Filmmaker Rituparno Ghosh tweeted, "This morning had an unearthly kind of beauty to it, perhaps a morning raga to celebrate the passing of Ravi Shankar. RIP."

"Pt Ravi Shankar synonym of music is no more, he has made Sitar (Indian Instrument) international with dignity and Pride, God bless his soul," said Sufi singer Kailash Kher.

"Pt Ravi Shankar's Sitar played for our souls. His music helped us sooth our nerves. His smile was like his music- DIVINE. RIP," Anupam Kher posted on the micro-blogging site.

'He wanted to do something valuable for classical music'

Having put Indian music on the world map, sitar legend Ravi Shankar was worried about the future of classical music back in his native country.

A few months before his sad demise, Ravi Shankar enquired about the classical music scene in India while he was in the United States, said santoor player Pandit Satish Vyas.

"I met him exactly two months ago in the US and spent an evening with him. He was keen to know about the Indian music scene. He asked me whether concerts are being held here and classical music is receiving corporate support," said Vyas.

"He was concerned that classical music should continue in a big way in India. He still wanted to do something valuable for classical music," Vyas added.

Vyas had met Ravi Shankar for the first time in 1980 to ask him to perform at the Gunidas Sangeet Sammelan.

"Despite being such a towering personality, he was so humble. He used to crack jokes and was a jovial person," he said.

"When I travel to other countries, I carry my santoor with me. At the airports, customs people ask me what is in the box and I tell them it's an Indian classical instrument. They ask me, 'Is it the same instrument that Ravi Shankar plays?' Such is his fame," said Vyas.