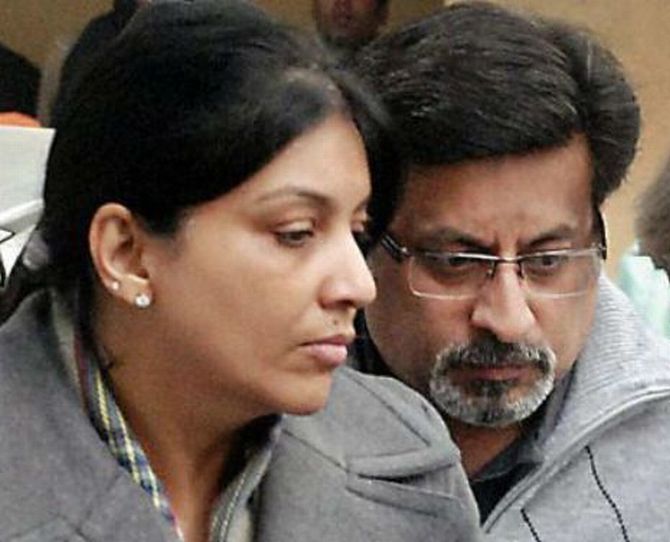 More than five years after the double murder and flip-flops in investigation, dentist couple Rajesh and Nupur Talwar were held guilty of killing their 14-year-old daughter Aarushi and domestic help Hemraj in their house in Noida.

In a case that has had a number of twists and turns, Additional Sessions Judge Shyam Lal on Monday held both of them also guilty of destruction of evidence in the murder on the intervening night of May 15 and 16, 2008, days before the birthday of the Std IX student.

The father was also convicted under section 203 of the Indian Penal Code for filing wrong information with the Noida police station about the incident.

After two adjournments since morning, the judge, who is to lay down office this month end, arrived in the high-security courtroom at 3.25 pm and summoned both the accused.

He read out the operative portion from his order that both the parents have been convicted for murder and destruction of evidence and on the charge of committing an act in furtherance of common intention. 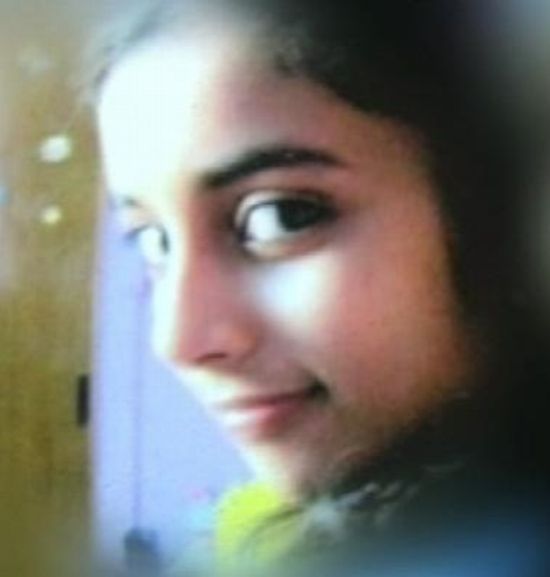 Forty-nine-year-old Rajesh was also convicted on the charge of filing a false first information report.

Arguments on sentencing will be held on Tuesday after which the judge will announce quantum of sentence.

The Talwar couple, well-known dentists of Noida, broke into tears as they were taken into custody and were being taken to jail. Immediately after the verdict was announced, a statement was circulated on behalf of the Talwar couple, which read, "We are deeply disappointed, hurt and anguished for being convicted for a crime that we have not committed. We refuse to feel defeated and will continue to fight for justice."

Defence lawyer Satyaketu Singh said the judgment was wrong in law and would be appealed against in the high court. 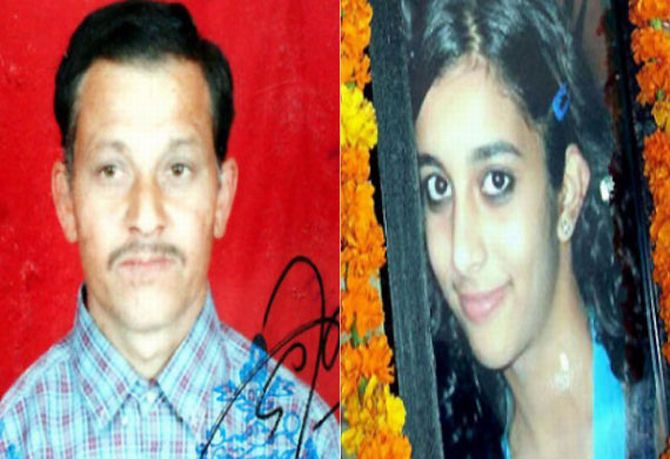 Counsel for one of the domestic helps, Fakir Chand Sharma, said he felt vindicated by the judgment. "I was opposing tooth and nail, the charge against domestic helps as there was no evidence against them," he said.

The double murder made sensational headlines after reports that it was a case of honour killing by the parents after they suspected their daughter of liaison with 45-year-old Hemraj who hailed from Nepal.

Rajesh was arrested by the Noida police after the then Inspector General Gurdarshan Singh alleged that the father had murdered his daughter. Later, he came out on bail after the case was handed over to the Central Bureau of Investigation.

However, the CBI could not file a chargesheet in the stipulated three months time paving the way for their release on bail. 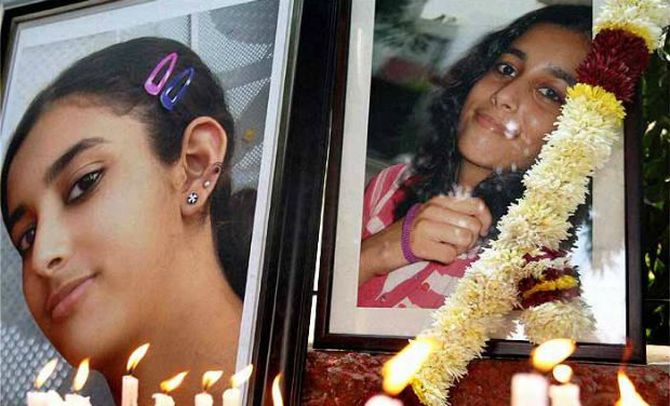 The then CBI director A P Singh was of the opinion that no case was made against the three domestic helps and constituted a new team to probe the case afresh.

The CBI later filed a closure report saying though there was enough suspicion about the role of the parents in the murder; they had no direct evidence to prove it.

The CBI judge took on record the closure report and after perusing it, decided to press murder charges against the couple. Monday's judgment came after 15 months of trial.

Answering questions on the CBI's change of stand, prosecution lawyer R K Saini said investigation is a continuous process and ultimately what the court says is final.

Security was beefed up outside the court premises. "Three DSPs, three station house officers, 90 constables and one platoon of PAC have been deployed outside the court," Superintendent of Police (city), Ghaziabad, Muniraj said.