Source: PTI
December 07, 2011 19:25 IST
Beleaguered Pakistan President Asif Ali Zardari has been admitted to a Dubai hospital following heart complications, triggering intense speculation that he may step down in the face of army pressure over the 'memogate' scandal.

Fifty-six-year-old Zardari was flown to the Emirates for "an emergency medical check up in a Pakistan Air Force plane equipped with medical devices", Gulf News reported quoting diplomatic sources.

Quoting his personal physician Col Salman, the paper said that "Zaradri underwent medical tests, linked to a previously diagnosed cardio-vascular conditions including a MRI". It said Zardari had felt "chest pains" during a meeting woth government ministers in Pakistan and had decided to come to Dubai as a precaution.

An official statement in Islamabad said he was "stable" but will remain under observation.

Zardari's sudden departure triggered an intense speculation with an American website The Cable -- a blog of prestigious US magazine Foreign Policy saying that "it is growing expectations inside the US government that Zardari may be on the way out". He may have angioplasty and may also resign on account of "ill health", said the blog, which has been filing a series of stories on Pakistan related to 'memogate'.

The 'memogate' centers on a memo sent to a top American official in May asking for help in reining in Pakistan's military, following the raid that killed Al Qaeda leader Osama bin Laden.

The Pakistani president had been feeling increased pressure over the scandal that has infuriated the country's powerful general.

The speculation was so rife that the government issued a statement on Zardari's health status following a meeting between his son, Pakistan People's Party chairman Bilawal Bhutto Zardari, and Prime Minister Yousuf Raza Gilani on Wednesday afternoon. "The president went to Dubai following symptoms related to his pre-existing heart condition. After the initial medical tests in Dubai, doctors found him to be in stable condition", said a statement issued by Gilani's office.

Zardari "will remain under observation" and return to Pakistan to "resume his normal functions as advised by the doctors", the statement said without giving details.

The doctors are "yet to determine whether the president's condition was due to an adverse reaction to the medication he was taking or a development related to his pre-existing cardiac condition", the statement said.

Rumours about Zardari "fleeing" Pakistan have done the rounds in Islamabad since late last night and there was widespread speculation in the media, especially TV news channels, that he may be about to resign on the pretext of "ill health".

Earlier in the day, presidential spokesman Farhatullah Babar dismissed reports about Zardari resigning from his post as "totally speculative". Babar said, "All these media reports are totally speculative. The president is in a hospital in Dubai for medical tests and a check-up as already planned".

The presidency described all reports about Zardari's activities and engagements as "speculative, imaginary and untrue". It said the President would return to Pakistan soon.

The statement from the Prime Minister's Office said Zardari "went to Dubai at the insistence of his children". 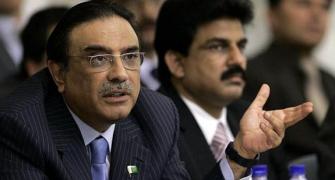 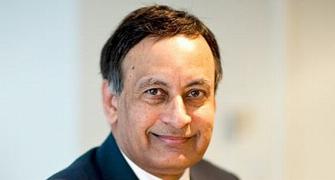 Is 'memogate' a golden opportunity for Pak army?

ardari on way out? 'Minor heart attack' indicates he is: Report 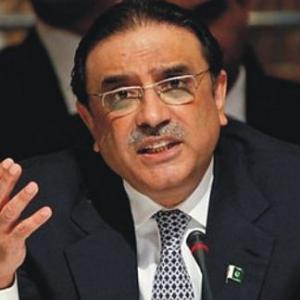